Wait, what’s up with “Hungarian” football in Romania’s top division?

The football teams from Transylvania that are playing in division one of the Romanian football league — also known as Liga 1 — have been spoiling their fans this season. After eight games, only FC Hermannstadt Sibiu/Nagyszeben — it has such a long name because Nagyszeben is the Hungarian name for the town and Sibiu is the Romanian name — is struggling for points. Another three are fighting for the top. They are Sepsi OSK from Sfântu Gheorghe/Sepsiszentgyörgy,  Gaz Metan from Mediaș/Medgyes and CFR 1907 from Cluj-Napoca/Kolozsvár — again, long names because one is the Romanian name and the other Hungarian. They’re holding strong in 3rd, 4th and 5th places, ready to take advantage of any mistakes the top two teams may make.

Romanian media likes to refer to two of the teams — CFR 1907 and Sepsi OSK — as “Hungarian,” and it’s particularly heartwarming for Transylvanian Hungarian football fans to seem them have a good run. That’s not so surprising in the case of the “railway men” — to use the CFR 1907’s mascot — because the Kolozsvár team is the reigning Romanian champion. But Sepsi OSK’s excellent start has taken everyone by surprise. The team from Seklerland/Székelyföld — Sepsiszentgyörgy is one of the major towns in the predominantly Hungarian Székelyföld region in central Romania — holds the best defensive record with only four goals scored against them. Asked in a post-game interview when they intend to stop, Sepsi OSK’s coach responded with a no-nonsense answer that they plan to go all the way and win the title. That would set off an atomic bomb in Romanian football!

Aficionados of Romanian football may remember what a trauma it caused what is traditionally a very Bucharest-centered Romanian football society when in 2008 the emerging CFR 1907 won its first-ever national title. The coveted trophy left the capital for the first time in 17 years and, as if that wasn’t enough, it went to Kolozsvár. Kolozsvár, Transylvania! It went to a team founded in the days of the Austro-Hungarian Empire and now resuscitated by a cheeky local businessman, who by chance also happened to be Hungarian. Árpád Pászkány’s investment bore fruit three more times since then, and the “railway men” from Kolozsvár are now feared and respected opponents in Bucharest.  Most recently, on September 16th, their archrival, the Bucharest-based FCSB visited Kolozsvár, and the game ended for the fifth consecutive time with a 1-1 draw.

The emergence of Sepsi OSK might draw away from CFR 1907 some of the heat previously reserved for the “Hungarian” team in Liga 1. The Sekler team has one of the most loyal followings in the Romanian top flight. Their fans travel to world’s end for their boys. Last season saw some rather tense away games as the Romanian fans were in for some surprises. The Székely Légió group of supporters made no compromises. No matter where the team travelled, they sung their songs exclusively in Hungarian. That just doesn’t happen in Liga 1, you see, and the Romanian fans answered with Anti-Hungarian slogans. Except, of course, in Kolozsvár, where, out of respect for their fellow Hungarian fans, even the ethnic Romanian fans of CFR 1907 put up with the Székely Légió’s repertoire. 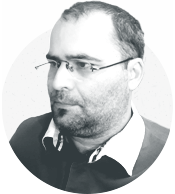 FK Csíkszereda and Sepsi OSK stand together against racism