The Hungarian Cultural Days of Kolozsvár: well-founded hopes for a bright future

Ten memorable days have passed between the 14th and the 25th of August in Kolozsvár (Cluj-Napoca, Klausenburg): days filled with all kinds of cultural programs, activities, a variety of good food and good wine, music and dancing. These were the Hungarian Cultural Days of Kolozsvár, an event which celebrated its10th jubilee, and in this past decade it had become one of the biggest cultural musters in the Carpathian Basin.

Throughout these ten days there were 630 programs organized in 133 locations.  25 exhibitions were opened, 50 movies projected, almost 100 different programs created especially for children. Some spaces of the city, hidden courtyards and other areas generally not open to the public, and characteristic historical buildings of Kolozsvár’s architectural heritage could be visited during these in organized groups.

The Hungarian State Opera has launched its Transylvanian tour called Opera on Wheels with an open-air performance in the center of Kolozsvár with the occasion of this event series. The musical offer of the Hungarian Cultural Days was colorful: with almost 1000 performers, there were 14 classical music events and 44 concerts organized. The Hungarian band with an almost legendary fame, the Stars of the Neoton Family had attracted almost 30000 people to the Main Square.

One of the historical streets of the inner city, the Farkas (M. Kogălniceanu) street was a prominent location, where one could enjoy the food court with typical gastronomical delights, the arts and crafts and the book fair, could visit the tents of the 15 Transylvanian and Hungarian museums present. In the so called Ruin Garden of the medieval Farkas street Reformed church a medieval village was built by the Emese Park, an association that focuses on re-enacting the old Hungarian ways of life and traditions; they had very successfully entertained children with their installations, weaponry and activities. 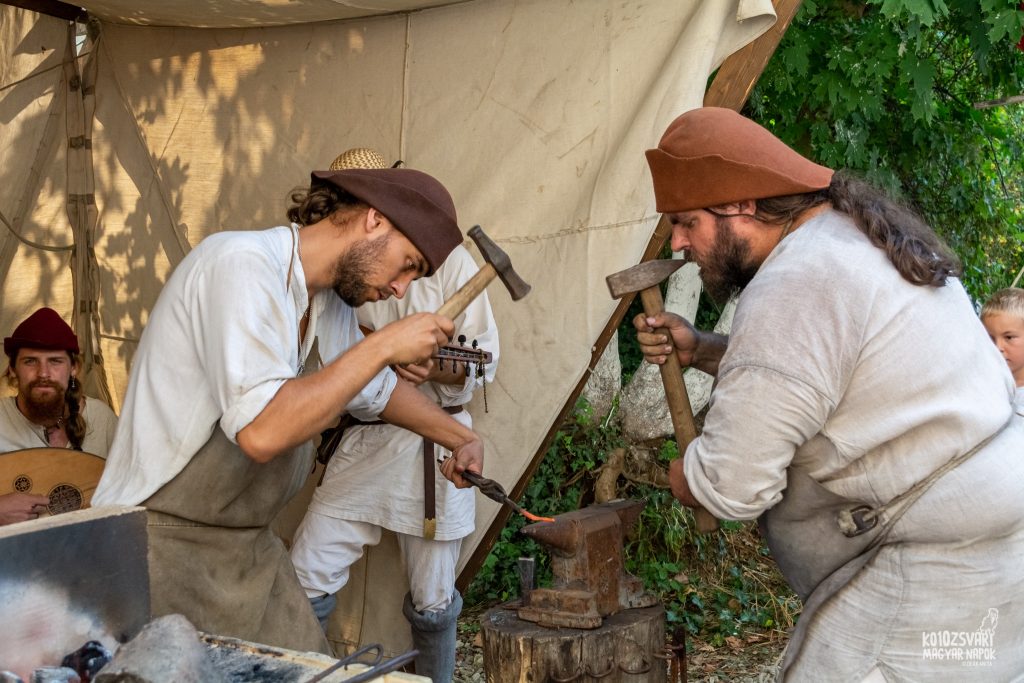 The Fogoly (Potaissa) street, which is aligned with the longest section that had remained of the city’s medieval walls, thus being a perfect setting for creating a historical ambience, became the Street of Wine: several kinds of precious kinds of wine coming from different places of the Carpathian Basin were offered here for tasting and buying. The inner courtyard of the 18th century Bánffy palace became a venue for smaller concerts and a highly favored location of the after parties. As well as in the years that have passed, the contest of the cooking of joy was organized as well in the courtyard of the Apáczai high-school, with 8 competing teams; the culmination of these meals was the ox-grilling, the meat being provided by a grey cattle rancher from the Kolozs (Cluj) county.

„Ten years ago the masterminds and organizers of the Hungarian Cultural Days had projected and acted with the visionary courage of innovators. That is how their dream became a reality that now has reached its 10th jubilee” – emphasized at the closing ceremony deputy mayor Emese Oláh. The mayor of Kolozsvár, Emil Boc said, that if he had to choose three words which would best describe the city, those would be: talent, technology and tolerance. “Young people acquire knowledge in our city, and many of them chose to live and work here, and benefit of that knowledge. We are devoted to technological development to simplify and ease our everyday lives, and we live our days in the spirit of tolerance” – stated the mayor. He had also pointed out, that Kolozsvár became a role model city, and that can be owed to the Hungarian Cultural Days as well.

The mastermind and main organizer of the event, Balázs Gergely concluded: the Hungarian Cultural Days of Kolozsvár surely has a long and bright future ahead. He had expressed his conviction that the successors of todays’ generations will also gather to celebrate in the Main Square of Kolozsvár, in front of the historical Saint Michael’s church and near the statue of the great Renaissance king, Mathias Corvinus.

The organizers have already communicated the date of next year’s event, so everyone interested to get a taste of these days’ atmosphere can prepare for the 17th –23rd of August 2020.

Title image: There is a hope that many coming generations will celebrate this way in the heart of Kolozsvár