The History of Székelyföld: It’s complicated

While the history Székelyföld dates back almost 1000 years, the story of its people’s struggle continues to this day. In English, they’re known as the Szeklers but much of the English-speaking world has no idea what that means and couldn’t be bothered. In Hungarian, they are the Székely, a distinct ethnic community that makes its home in the eastern Carpathian mountains in Harghita, Covasna and Mures counties, in what is the heart of today’s Romania. Szeklers speak Hungarian, although some would argue that with its abundance of  ”e” sounds, it rings more like a dialect of Hungarian. Are they Hungarians? One Szekler provides a telling answer: “We are definitely Hungarians — even more so.”

Originally the name Székely Land referred to the territory of a number of autonomous Székely seats in Transylvania. The Székely seats, or settlements, were self-governing with their own administrative systems and their individual legal status until 1870. In 1876, these seats were replaced by counties. Székely Land became part of Romania in 1920 after the Treaty of Trianon.

Where did the Szeklers come from?

Ancient Hungarian legend claims a connection between the Szeklers and Attila’s Huns. The oldest historical data about the Szeklers comes from 1118. According to those early accounts, the Székely fought victoriously together with Czech forces alongside the troops of Hungarian King István II at Orsova. According to Dr László Erdélyi in his work The Origin of Szekelys (A székelyek eredete), it was King Andras II who united the Szekler Lands with that of the Saxons as the villages of Sebős and Daróc (populated by Szeklers) were within the Saxon territories.

So what is Szekler Land?

The territory of Szekler Land was part of the Avar Khaganate. During this early period, Avar and Slavic groups migrated into the region that is known today as Transylvania. From around 900 to 1526, the area was under the direct control of Hungary. The Szeklers presumably settled in Transylvania in the 12th century in what is today’s Bihar County (in West Romania). Nowadays though the Szekelys live in central Romania, in a beautiful region of mountains and valleys.

In 1271, the Saxons of Szepös were granted by Hungarian King István V. the right to have a Saxon earl beside the authority of the king. All legal claims concerning tenancy were decided by the earl. The people could choose their priests freely, and they were to pay 300 marks for using the lands of the king. To make matters more colorful, the Kuns began migrating to the region in 1238, and brought about 200 thousand people. King Bela IV accepted this separate ethnic group who were escaping the Tartars.

The 12th and 13th centuries were all about autonomy for Szekler Land, which was largely thanks to the military service that the Szeklers provided until the beginning of the 18th century. In 1876, a general administrative reform abolished all the autonomous areas in the Kingdom of Hungary and created a unified system of counties. That meant the end to the autonomy of the Szekler Land, and four counties were created in its place: Udvarhely, Háromszék, Csík, and Maros-Torda.

To visit Székelyföld today is to encounter one of the most spectacular corners of Transylvania. Deep in the center of today’s Romania, it boasts beautiful mountains and pine forests, lakes and hills, and a delightfully distinct culture of Hungarian speakers. Beware not only of the notorious bears in the nearby forests, the Szeklers remain fiercely proud of their history and culture!

For more about the Szeklers, and why flying their flag will cost you 20,000 Euros to fly from a public building, please read The Szekler Flag. 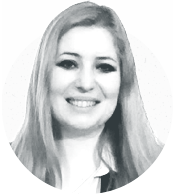