Few people know that the coat of arms of the Hungarian Kingdom and that of the enlarged Romanian Kingdom (post-WWI) were designed by the same Hungarian heraldist from Transylvania – József Keöpeczi Sebestyén. He was one of the great heraldists of the region, who not only created the symbols of Romania but also drew a coat of arms for Áron Márton, the beloved Hungarian Roman Catholic Bishop of Transylvania.

Sebestyén also decorated several books and plaques and designed booklets, family trees and even diplomas. Attila István Szekeres, a heraldist from the Háromszék region of Szeklerland, associated member of the International Academy of Heraldry, and president of the Transylvanian Heraldic and Vexillological Association told TransylvaniaNOW why this Hungarian artist was appointed by King Ferdinand I of Romania to design the new symbols of his country (read more here in Part I). He also explained the coat of arms created by Sebestyén and talked about Transylvanian heraldry, his work and the purpose of the Association he leads.

TransylvaniaNOW: Can you describe Romania’s coat of arms: How it looked and what symbols and elements were added to it? Was it changed over the last century?

Attila István Szekeres: The new coat of arms of the country was based on the one used earlier, painted by Carol Szathmari (Hungarian: Szathmári Pap Károly; Romanian: Carol Popp de Szathmary), officially adopted in 1872 and subsequently modified. While designing the new country symbols, Sebestyén was influenced by King Ferdinand himself and the ideas of the Heraldic Committee.

The coat of arms of the Romanian Kingdom consists of three superimposed escutcheons (shields). The large escutcheon shows a crowned eagle in or (gold) and membered in gules (red), displayed in an azure ﬁeld and holding a cross in its beak and a sword and scepter in its talons. This is the heraldic eagle of Romania, the symbol of the Romanian Kingdom. On the breast of the eagle there is an escutcheon split up into quarters, each displaying the symbols of the uniﬁed countries, and an insert. 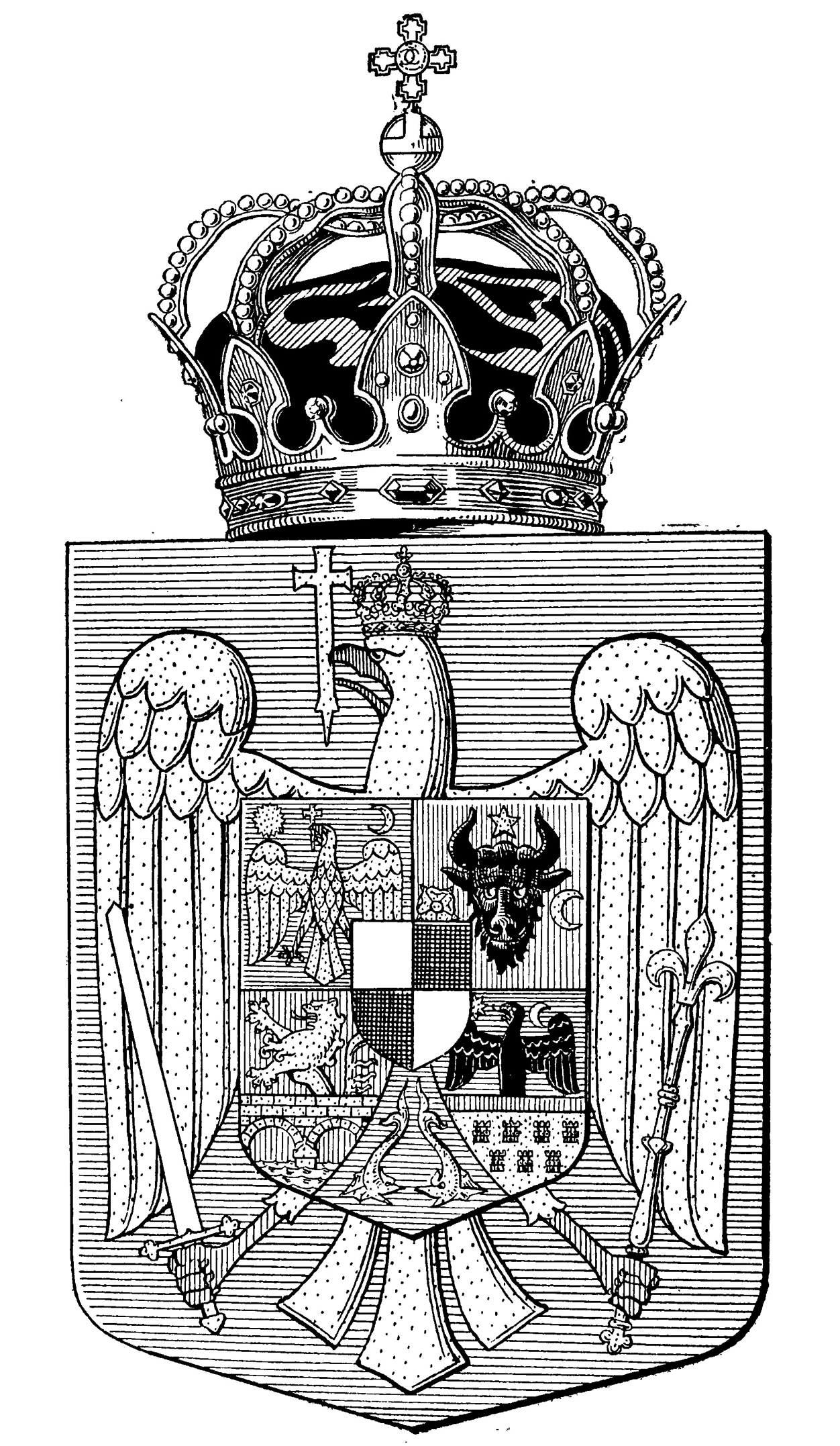 The coat of arms of the Romanian Kingdom was adopted in three forms: small, middle and enlarged. The small coat of arms consists of the aforementioned three escutcheons with the Romanian steel crown on top. The addition of two lions holding the escutcheon, the collar of the Order of King Carol I and the motto of the Hohenzollern family – Nihil sine Deo (“Nothing Without God”) – produces the middle coat of arms. And finally, the larger coat of arms features a mantle that flows out of a golden crown.

In 1992, the Romanian Parliament adopted the small coat of arms as the new Romanian Country’s coat of arms, with minor modifications: The royal steel crown – the symbol of the independence and sovereignty of the state – was removed, and they also removed the escutcheon of the Hohenzollern family. The or crown atop the eagle’s head was also removed. In 2016, the symbol was modified yet again, with the Romanian royal steel crown placed back on the eagle’s head.

TN: You are a heraldist, an associated member of the International Academy of Heraldry. When did you start to be interested in heraldry; what attracted you to it?

A. I. Sz.: I was always interested in the Middle Ages and the Early Modern Period, and in those periods, coats of arms were the “main characters” of society. I got the first push in 1980, when I was 15 years old. I found the Latin copy and Hungarian translation of the patterns of nobility of the Szekeres family of Mezőmadaras (Mădăraș). I began to study the available literature, which was rather sparse under the oppressive communist system.

After the revolution of 1989, I was able to get access to literature, so I collected and read Hungarian, French, English, German, Italian, Polish, etc. books, as well. But you also need experience, so I studied coats of arms in the field: in the Reformed Church of Farkas Street and the cemetery of Házsongárd (both in Kolozsvár/Cluj-Napoca), at the Saint Michael Cathedral in Gyulafehérvár (Alba Iulia), in Corvin Castle in Vajdahunyad (Hunedoara), at the Reformed Church of Köpec, in archives, etc. But I also drew and painted coats of arms, and I created symbols for several administrative institutes. However, I emphasize, I’m not an artist.

You can’t learn anything about heraldry in school today – at least not in Romania. And what they teach you about it at the universities can only give a boost to those who are interested in this science. In the communist era, I did not have the opportunity to get a history degree, so I learned by myself as much as I could. But after 1989, I got my degree, and, of course, I did my final exam in heraldry. I also chose this topic for my PhD, which I did at the History Institute of the Romanian Academy.

In 2017, I became an associated member of the International Academy of Heraldry. I’ve attended numerous national and international conferences; written nine volumes and co-authored more than a dozen volumes; and published my studies in Hungarian, Romanian and English in conference papers and professional journals.