Although the Romanian government has been stating for 10 years that it is technically prepared to protect the borders of the Schengen area, the European Union has continuously postponed the accession of Romania and Bulgaria. Becoming a member state of the Schengen Area is not only an economic, political necessity but has also become an increasingly embarrassing prestige issue, which undermines the judgment of Brussels and Romanian governments. The current Romanian government, elected only a few months ago, has also put this issue on their agenda: Prime Minister Florin Cîțu said that Romania might join the Schengen zone this year. Transindex.ro, a Hungarian news portal in Romania, analyzed this possibility and the reason why Romania and the EU are postponing this accession.

“Romania might join the Schengen Area this year if the report under the Cooperation and Verification Mechanism (MCV) is positive, but the Romanian euro can come in 2027 at the earliest,” Prime Minister Florin Cîțu said on Digi24 on Thursday night. According to the prime minister, Romania has been ready to join the area since 2011. “The MCV has emerged, so we have to correct this in this year. If everything goes well, and the report is positive, we can hope that we can continue the negotiations on Schengen accession later this year,” Cîțu said on live television, adding that he hopes that the accession can take place later this year.

According to Transindex.ro, with the abolition of the SIIJ, a prosecutor’s office investigating the crimes of judges and prosecutors, the Cîțu government has started very roughly the reformation of the judiciary system, which is indeed one of the key points of the good MCV report on Romania so far. The new government program also foresees several other reforms, like the introduction of the “Civil Servants with no criminal record” initiative. As Transindex.ro point out, these are the steps of progress, which adds to the fact that the judgment of the PNL-USR-RMDSZ (National Liberal Party-Save Romania Union-Democratic Alliance of Hungarians in Romania) governmental coalition in Brussels is much better than that of the former social-democratic government.

However, this progress and the amendments of some very important legislation might not be enough to win over the Europeans opposing Romanian Schengen membership. As Transindex.ro points out, in the last couple of years, it became clear that the European Union’s mistrust of Romania is much deeper and cannot be changed easily. According to experts asked by Transindex, gaining the confidence of the EU will be a longer procedure, only a negligible part of which will be the legal conditions. The judgment of Romania in Brussels is due to trust issues. The fact that the Eastern European countries that entered the EU in 2004 became members of the Schengen Area only three years later, in 2007, and the fact that some non-EU states, like Iceland or Norway, are also the members of the area, underline this mistrust. 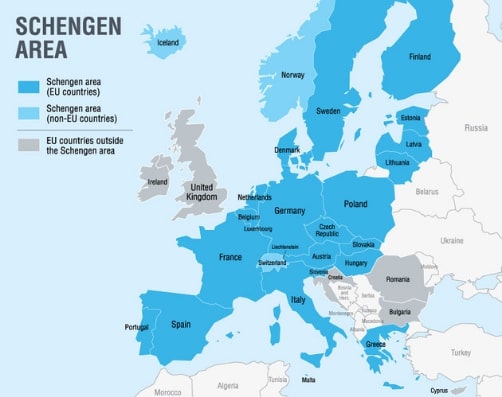 However, the reasons why Romania has not been able to enter Schengen after 14 years are primarily found in Bucharest, not in Brussels, Transindex.ro points out. In the last couple of years, many have blamed the Romanian governments for not investing as much effort in Schengen accession as they did in EU or NATO accession. Moreover, a kind of anti-democratic reorganization in Romania began immediately after the accession to the EU. This may even indicate that there was no consensus in Romanian politics on the usefulness of Schengen accession as much as on EU or NATO accession.

On the other hand, Romanian politicians like to blame the EU for holding back their Schengen accession, but they never really talk about the real reasons: That the country must relinquish other significant powers of national sovereignty in order to become a Schengen member. This might be tricky because the protection of national borders in Eastern European politics has a very strong symbolism, especially in the Hungarian-Romanian context. In addition, the reorganization of some parts of national borders, making them easier to cross, will impact the entire customs system, which may lead to job losses. This will, in turn, create massive resistance within the system, Transindex.ro emphasizes.

This might be the reason why Romanian politicians speak very often about Schengen accession in their country, but not on EU forums. Like the case of the EU summit organized in Nagyszeben (Sibiu in Romanian) in May 2019 during the Romanian Presidency of the Council of the European Union. According to experts, this summit would have been a perfect place to talk about Romanian Schengen accession, but the patron of the event, President Klaus Iohannis, did not even mention this question, while former PM, Liviu Dragnea, skipped this event due to his conflict with the president. But the missed opportunity at the summit was nothing compared to the Romanian Presidency, which was a major failure regarding Schengen accession.

Romanian politicians have been silent on this issue ever since. Recently, the European Parliament interrupted their silence: In 2019, the EP asked member states to make an effort regarding Romania’s Schengen accession. However, Florin Cîțu’s confident television statement suggests that there has now been a radical change in Romanian foreign policy and that diplomacy is working hard to make the Schengen question a success.

Cîțu visited Brussels on February 11 and 12, so Transindex.ro closely analyzed the program of the PM to see if there was any reason to be this confident about the accession. Cîțu met Charles Michel and David Sassoli, the president of the European Council and the president of the EP,  as well as the presidents of political party groups and the Secretary General of the European People’s Party. According to Transindex.ro, the Romanian PM discussed very important issues during his meetings in Brussels, such as epidemic management and the European environmental protection pact. Schengen accession was also discussed but only briefly, and no European political leader made any promises. In these circumstances, Florin Cîțu’s optimism seems rather exaggerated, or at least the above-mentioned meetings in Brussels give no reason to assume that Romania has made a breakthrough in the accession process, Transindex.ro points out.

The Hungarian news portal also asked RMDSZ MEP Gyula Winkler about this issue; he was very careful when speaking about the date of accession and said that there has been no progress, but if the EU country report is more positive than last year and the government makes a serious effort to reform the judicial system, there might be a chance that in the second half of the year, the accession of Romania will be on the EU agenda. According to Winkler, the parliamentary elections organized in the Netherlands and Germany this year might also affect the Romanian accession. However, it is not certain that Romania will be in the right place at the right time with its application for membership, as the Schengen system is somewhat in a crisis due to the epidemic and some member states making decisions on their own to deal with COVID-19, instead of contributing to a more unified effort. So we are preparing to join a Schengen Area that is itself facing significant changes, Winkler pointed out.

Title image: The reasons why Romania has not been able to enter the Schengen Area after 14 years are primarily found in Bucharest, not in Brussels. Photo: DW/E. Woodnorth