The majority of Romanians still believe Hungary wants to take back Transylvania, and they also distrust COVID-19 vaccines, according to the latest study released by the Laboratory of Information Warfare Analysis and Strategic Communication (LARICS).

Romanians trust the army and the church

The survey, initiated by AstraZeneca, Damen Group and Lockheed Martin, gives an interesting snapshot of Romanians. According to 43 percent of the 1,000 people surveyed, the country is safer since joining NATO, but 37 percent still believe it was safer in the communist era. 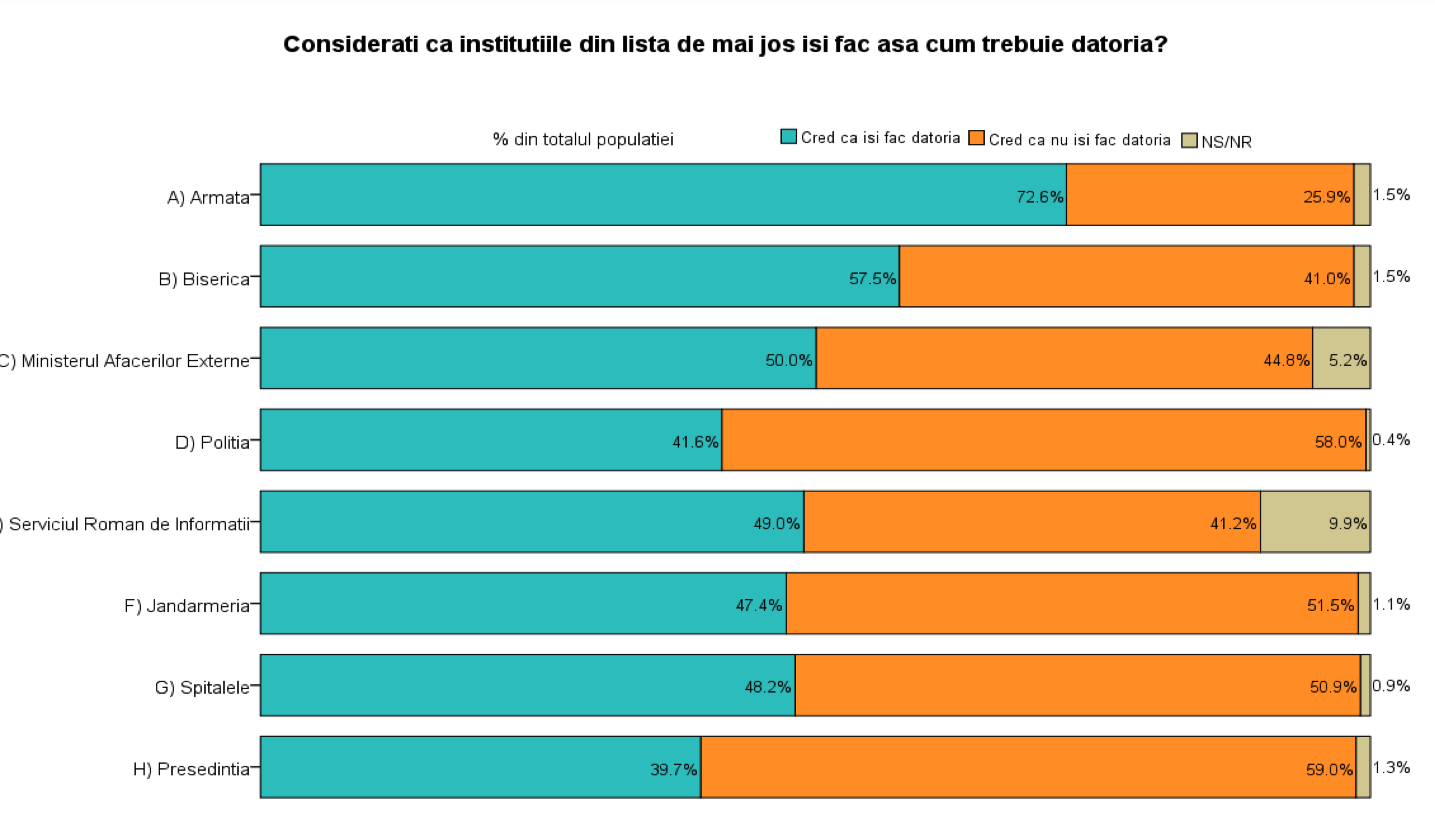 When it comes to what Romanians trust, the army comes first (72.6 percent) and the church second (57.5 percent). The Ministry of Foreign Affairs comes in third (50 percent). Unfortunately, less than half of the Romanian population has any faith in critical institutions such as the police, gendarmerie and hospitals. The Romanian Secret Service, SRI (Serviciul Român de Informații), has earned the trust of almost half of Romanians.

According to more than half surveyed (51.3 percent), there should be other solutions to stop the spread of the coronavirus — not just vaccines. Some 20.9 percent disagree with vaccination altogether, and only 26.9 percent are confident that vaccines are the only way out of the pandemic.

Among the reasons Romanians give for not trusting the shot is their lack of confidence in immunization (32.4 percent), but they are also concerned about side effects (29.9 percent), while others say the vaccines were developed too quickly (27.9 percent). Of course, there is a good explanation for the latter, but that’s a topic for another article or survey. 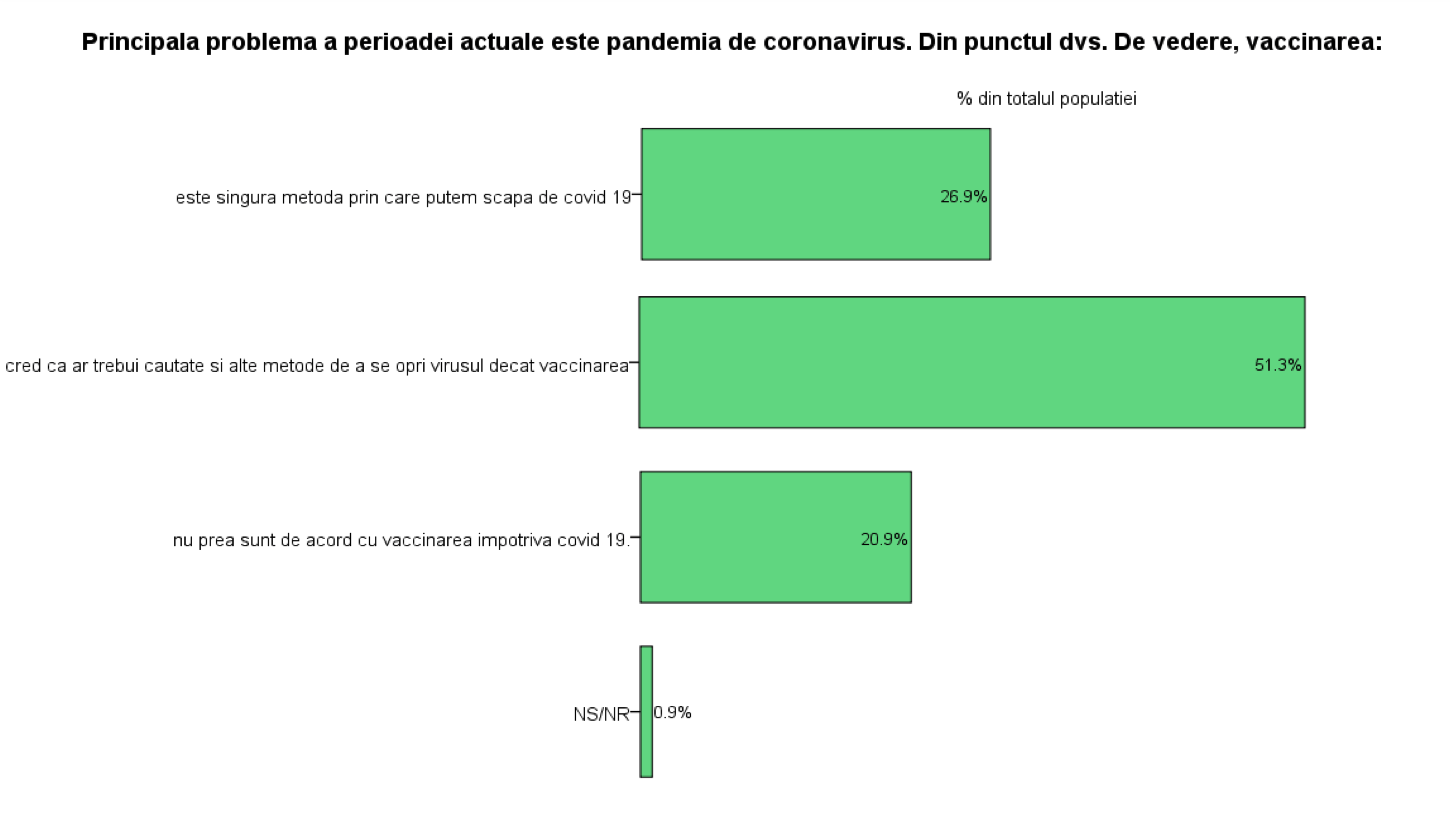 An interesting addition to the mix is that 44.6 percent of those surveyed think the Pfizer/BioNTech vaccine is the best, followed by Johnson & Johnson (5.7 percent), Moderna (5.1 percent), AstraZeneca (4.7 percent) and Sputnik V (3.3 percent). The Chinese vaccine has only managed to foster trust in 1.6 percent of the Romanians surveyed.

It may come as a surprise, but 21.4 percent had never heard of any of these vaccines and had no information about them. That’s a rather interesting piece of information, considering that COVID-19 has been continuously in the headlines all around the world. Every media outlet, Romanian ones included, is full of coronavirus and vaccine reports on all available media channels.

The survey was conducted between April 12 and 23, 2021, by phone by the LARICS team. The LARICS project is part of the Ion I.C. Bratianu Institute of Political Science and International Relations, which belongs to the Romanian Academy. You can read the full report in Romanian by following this link.