The Romanian royal family has no intention of selling the Peleş castle – reported Romanian news portals. The topic came up recently in the media after Minister of Culture Valer-Daniel Breaz claimed that the state would  buy the famous neo-renaissance castle in Sinaia which was built between 1873 – 1914, commissioned by the first Romanian king, Carol I.

The former summer residence of the Romanian royal family is presently rented by the cultural ministry and used as a national museum. The Romanian State Television (TVR1) recently aired a news report including the statement of Ion Tuca, the director of the house of Princess Margareta of Romania. He pointed out the fact that the ministry had invested nothing in the estate; in 2018 the state had made a profit of approximately 2 million EUR from the castle, yet they did not even change the heating system of the building. Originally, the system was installed back in the time of Carol I. (he reigned between 15th of March 1881 – 10th of October 1914), and it  was modified during the reign of Carol II (8th of June 1930 – 6th of September 1940) so that gas heating could be used. The day, on which the century-old heating system had broken down  came in the winter of 2017. Museologysts had to work in a cold castle, but the museum was still visited by almost half a million tourists throughout one year. 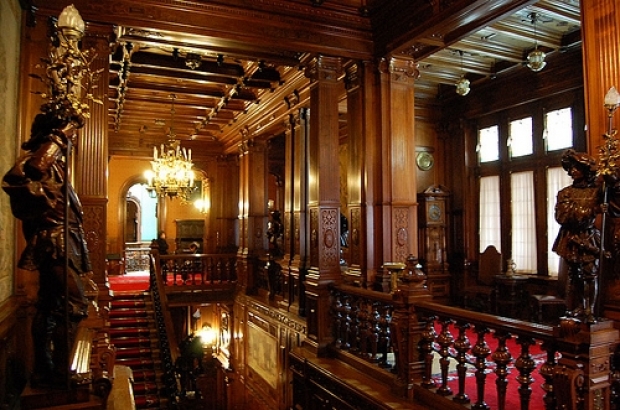 As the state failed to do it, the heating system was modernized by the royal family for about EUR 100,000. “The castle is rented out for EUR 6,000 – according to the agreement of the royal house and the ministry and the 2 cents per square meter rental price was meant to be an endorsement by the royal family, so that the ministry and the Peleş Museum would have the resources to properly maintain the building” – stated director Ion Tuca.

Last week the cultural minister had emphasized that the state would definitely buy the castle, but it is on the royal house to put the castle on the real-estate market, and they have to make the first offer. If the Peleş Castle was be on sale, the state would have pre-emption right – pointed out minister Breaz. On the other hand, the ministry now wants to prolong the lease contract with the royal house, as it will terminate at the end of June.

The castle was nationalized after 1949 and used as a museum ever since 1953. The government approved the restitution of Peleş and the Pelişor castles, the older parts of the Foişor castle, the Stăvilari and Ceramica villas and the neighboring lands to the late king Michael the I. of Romania. After the restitution of Peleş, the royal family made a commitment that they would allow that Peleş and a part of the Pelişor castle serve as museums, while some parts of the latter would be used as a residence for the royal family.

Title image: King Carol the I. chose a very picturesque location for the castle. The family had many official receptions in it until 1947.