The most successful auction of Romanian artworks in the past decade was organized by the Artmark Auction House on December 17 in Bucharest. As business24.ro reported, works were adjudicated for a total of EUR 1.8 million. The Winter Auction of Artmark assembled works primarily from the 19th and 20th century, creations of famous Romanian painters, but some contemporary artists were listed as well. A huge favorite of the auction was Nicolae Grigorescu, one of the founders of modern Romanian painting, but it was a painting by Nicolae Tonitza that sold for the highest price, much above the estimations of the House. The bidding lasted for more than seven hours: participants were active from 19:00 at night until 2:30 the next morning. From the two hundred paddles at the auction, 88 acted online through the Artmark Live platform.

A painting depicting his sister, entitled “Needlewoman,” which came from the famous Ionescu-Quintus collection was adjudicated for EUR 110,000. The initial estimations of Artmark were between EUR 50,000 and EUR 80,000. The “House of the Forester” from the Iosif Dona collection surpassed the expectations of the House as well: it was sold for EUR 70,000, while the highest estimate had been EUR 60,000. The “Apple Blossoms,” a painting Grigorescu created for his wife, Maria Danciu, went for EUR 50,000 instead of the expected EUR 35,000. And a work of his youth, entitled “In front of the Gate” was sold for EUR 47,500.

The auction night’s favorite was Nicolae Tonitza (1886–1940), a painter who drew inspirations mostly from Post-impressionism and Expressionism. His painting entitled “Motherhood” went for EUR 175,000, despite estimates, which projected no more than EUR 90,000. 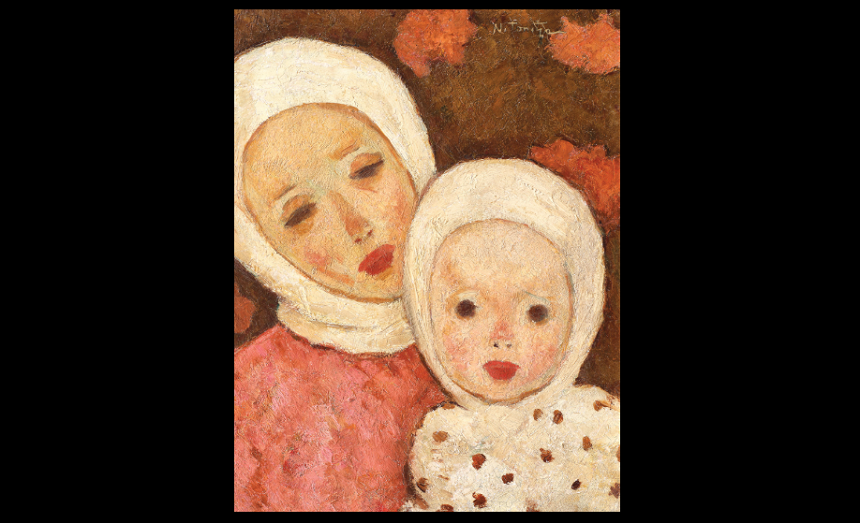 The “classics” of Romanian art were an indisputable success in the auction, but there was another record registered: A work of a young contemporary artist, Adrian Ghenie was sold for EUR 150,000, while it was estimated to sell for at most EUR 25,000. A personal record was achieved by Romanian avant-garde painter Arthur Segal: His splendid work entitled “Port in Southern France” went for EUR 75,000, and the “Monk in a Pew” by miniature painter Ludovic Bassarab sold for EUR 6,000.

A total of 165 works were sold to collectors, and the sales had a success rate of approximately 120 percent compared to the maximum estimates. It surely seems that the Romanian art market is gradually growing; more people are open to invest in art, thus it is a promising market segment.

Title image: One of Nicolae Grigorescu’s favorite theme was the cart with buffaloes. One of the main pieces from this theme was auctioned by Artmark

Long-lost manuscript could be returned to Kolozsvár’s Jewish Community