The PulzArt contemporary arts festival opens its 7th edition on Thursday, September the 19th in the Great Hall of the Tamási Áron Theater of Sepsiszentgyörgy (Sankt Georgen, Sfântu Gheorghe) with a special concert held by the British formation Ishmael Ensemble. The group is famous for their original way of creating a harmonious fusion between jazz and electronic music.

For almost seven years the PulzArt contemporary arts festival has covered a cultural gap in the city of Sepsiszengyörgy’s life which is to promote new ways of thinking regarding art. As one can read on the website of the festival, what all participating artists have in common is the disregard for the boundaries of artistic genres as well as producing groundbreaking artworks. PulzArt is utmost interested in the innovative trends that international culture has to offer. This years’ festival will take place between the 19th and 22nd of September.

The festival arrives this year with a colorful array of theatrical, musical programs, as well as events related to film and literature.

2019 is the “year of students” in Sepsiszentgyörgy. Having that in mind, the organizers of PulzArt have brought several programs that intend to mobilize the younger generations, challenge their creativity. They have planned interesting workshops that offer great opportunities for the youth to freely express themselves and find their way into the world of art.

For instance, there will be a workshop during which participants can get to know the practical sides, the procedures of working with concrete: they can learn about the nature, the characteristics of the matter, and possibilities of its usage. Participation must be preceded by an online registration until the 15th of September.

Actor, director and theater pedagogue from Austria, Walter Anichhofer will guide a workshop called a Taste of Clown, during which participants can try to find their inner harlequin – communicated the organizers. The sessions of the workshop be held between the 19th – 21st of September in the Ádám Kónya  Cultural House. There will be three hours of activities daily for two groups, each consisting of maximum 12 people. One group is destined for those, who already have professional experience in any branch of the performance arts; the other is open for amateurs above the age of 14.

In another workshop held between the 21st and 22nd of September, entitled Re+Concept designbag, participants will have the possibility to create practical but nevertheless spectacular, unique bags from used banners. On both days the workshop will take place between 10:00 – 16:00 hours. Students above 12 years can participate without a fee, but only after completing the online registration form until the 15th of September.

Visual artist Levente Benedek has been collecting posters, leaflets, bracelets, stickers, photos, theater and concert tickets for the past decade and the half. For the past two years he has been creating collages using these printed memories. During the festival there will be a COLL[AGE] workshop held daily between 11:00–17:00 hours in the lobby of the Áron Tamási Theater. Participants are encouraged to bring their own paper-based collections of such memories, and they will be given permission to use the collection of the artist as well to create their own collages.

Two people will have the chance to gain insight into creating a complex art installation as well, as visual artist Kinga Kovács is looking for precise and patient help to build two artworks of her individual exhibition that will be opened on the 21st of September in the so called House with Stumps in Sepsiszentgyörgy. Those interested can contact the artist at the kovacskinga1987@yahoo.com email address.

On the 19th of September, but on the following evening as well, those interested will be able to enjoy the theater show Pickled Image: Coulrophobia. This show tells the story of the ridiculous adventure of two captive clowns in a cardboard world, from which they are trying to break free. The show is presented in English, is destined for people above 16 years of age and will take place in the Háromszék Dance Studio.

On the 21st September, in the same studio, the Replika Educational Theater Center in Romania presents the one-woman show called Limits, which addresses the issue of deficiencies of the educational system. Presented in Romanian, the show has an English subtitle and is recommended only for those who have more than 14 years. Also on the 21st, children will be able to watch The History of Aviation, a puppet theater show presented by MárkusZínház, which is aimed at children over 6 years old. They will have two performances in the same evening, respectively from 5pm and 7:30pm (at the Cimborák Puppet Theater), but it can be seen on Sunday, September 22nd, from 6pm at Tamási Áron Theatre, Kamara Hall as well. 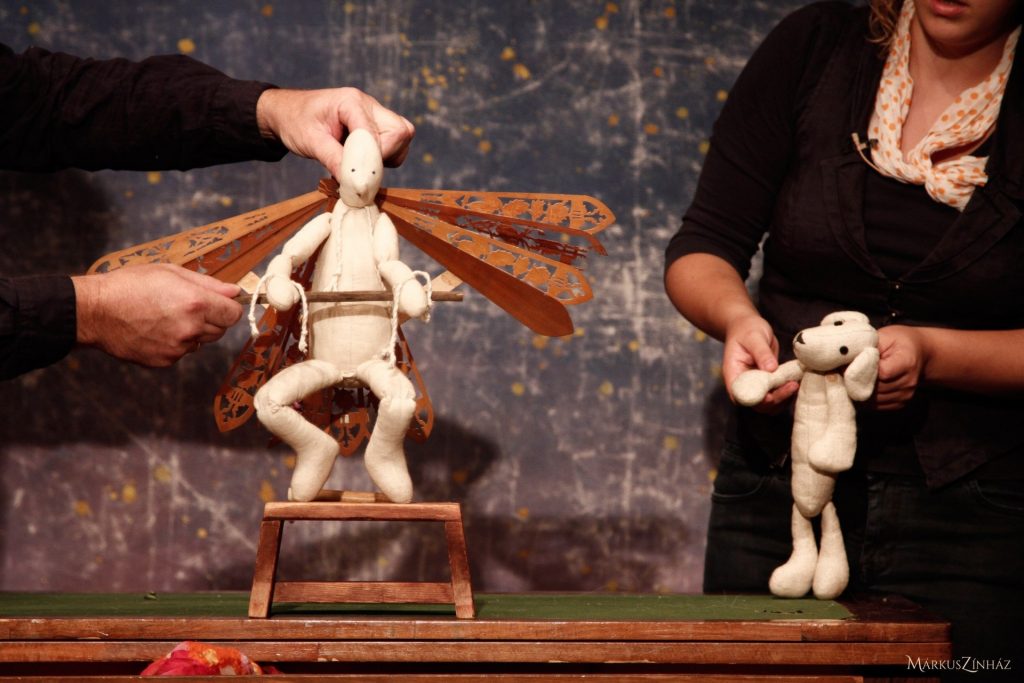 The History of Aviaton will be a puppet show for children above 6, presented by MárkusZínház (source: pulzart.ro)

The dependence of young people on technology and the problems derived from it will be exhibited artistically on the last day of the festival, when the show Concord Floral, of the Hungarian State Theater in Cluj, is scheduled. Presented in Hungarian, with subtitles in Romanian and English, the show is not recommended for pregnant women, epilepsy patients and spectators with heart pacemakers, which could be disturbed by powerful visual and sound effects. Sunday evening will bring moments of fusion between music and literature during a training event, entitled Libikóka and presented by Grecsó Krisztián and Hrutka Róbert, in the Háromszék dance studio. 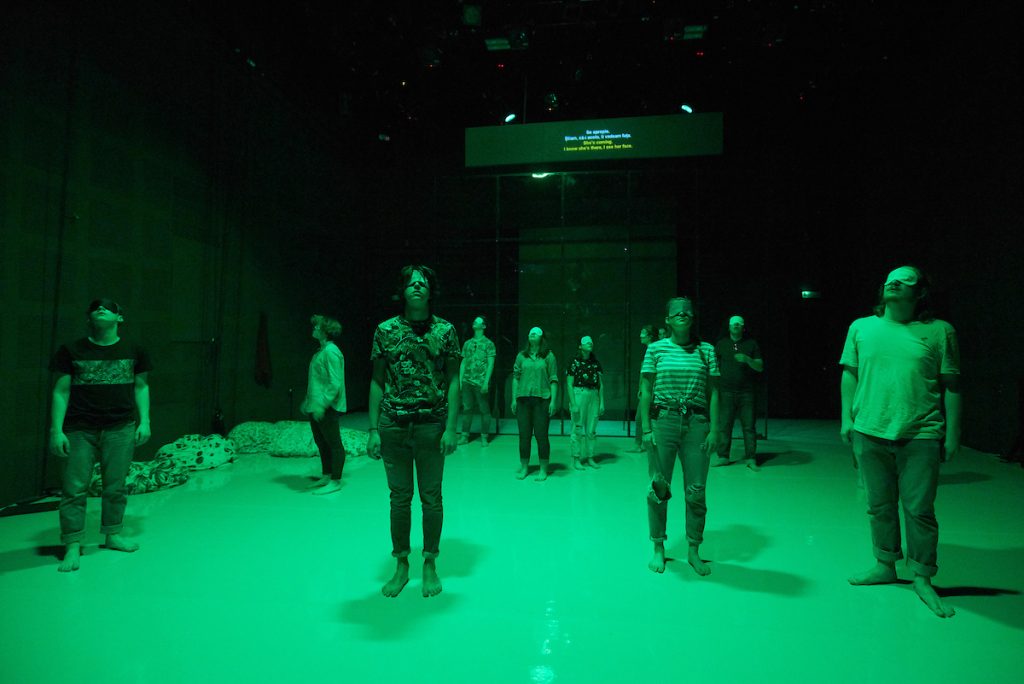 Scene from the Concord Floral show of the Hungarian State Theater in Cluj (source: huntheater.ro)

This year’s edition of the PulzArt will end in the Great Hall of the Áron Tamási Theater, with a symphonic concert incorporated in electronics, Live with Strings, supported by the young artist Alexandre Kordzaia, known as “Kordz”.

Those interested can already purchase tickets for the events. These are available on the website www.biletmaster.ro, but can also be purchased from the Municipal Ticket Office, open from Monday to Thursday between 9am and 4pm and Friday, from 9am to 1pm. Ticket prices for PulzArt events range from 10 to 30 lei. Students and retirees benefit from a 50% discount, but these tickets must be bought from the Municipal Ticket Office. Photos, texts and videos presenting the events, as well as other useful information are available on the festival’s website.

Tourism income on the rise in Romania, but still trails Bulgaria

Explore Transylvania as a giant