Pilgrimage at the oldest church in the Gyimes region

The Catholic, the Eastern Orthodox and the Oriental Orthodox Church celebrate the Assumption of Mary into Heaven on the 15th of August every year. According to the beliefs of the churches this is the day when Virgin Mary has completed the course of her earthly life and entered heaven. The catholic Hungarians also celebrate this holy day.

The Assumption of Mary into Heaven is celebrated with pilgrimages by several Hungarian communities, like the Christians living in the Gyimesi/Ghimeș-Palanca Pass, next to the 1000 years old border, the border of the Historical Hungarian Kingdom.

Gyimes is one of the most breathtaking and interesting part of Romania, it is the easternmost part of the border, it connects Transylvania to Moldova. The first inhabitants of the valley arrived in the 1700s from different regions of Szeklerland. In the beginning they lived in farms next to little streams that broke the hillsides, far away from each other. The inhabitants used their homes as churches, times to times they have retired there to pray, while they were grazing the animals. The first settlement of Gyimes is now called Gyimesbükk (Ghimeș-Făget), it is the southernmost village of this part of the border.

The Franciscans monks of Csíksomlyó/Șumuleu-Ciuc, located only 30 km away from the Gyimes region, established the valley’s first catholic church in 1782 in the aforementioned settlement. The temple of Kontumác was offered for Virgin Mary’s protection, and was named later after her “the church of Nagyboldogasszony”. The people of Gyimes celebrated in this church the Assumption of Mary into Heaven with a three-day spiritual preparation, a triduum and a pilgrimage, the speaker of the celebration was László Fülöp, the priest of Miklósvár/Micloșoara.

Gyimesbükk and the church of Kontumác became a pilgrimage site only a few years ago, as a result of the hard work of András Deáky, former teacher of the region, who fought for the cultural heritage of his village for years. He was the one who saved, with the help of the local authorities and Hungarian tourist, the old railway’s watchman’s house built in 1897, the one who restored the church, and the one who made a memorial site, next to the church, for the local soldiers who fought in the I. World War. His last dream is to restore the Castle of Rákóczi, a castle built in 1626. Deáky spoke in June with local newspaper, Hargita Népe, and underlined, that the tragedy of Úz Valley might affect the restoration, as its consequences are sensible in the village as well (Gyimesbükk is a mostly Hungarian ethnic village, but unlike the other parts of Gyimes, that are part of Hargita/Hargitha county, it was connected to Bákó/Bacău county.) 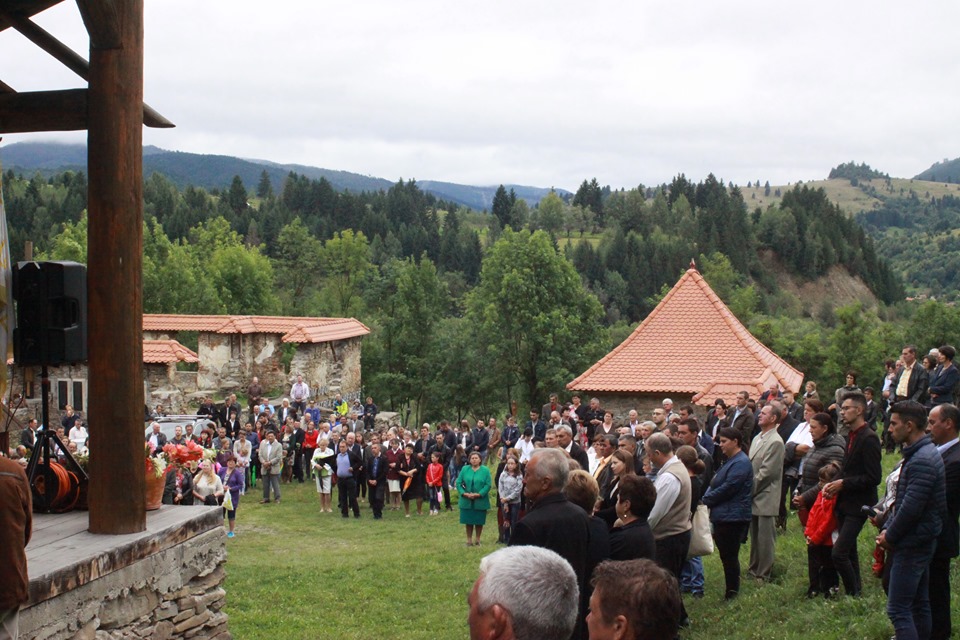 Title image: Gyimesbükk and the church of Kontumác became a pilgrimage site only a few years ago (Photos: Görbe Attila)