An angry, Romanian crowd broke into a WWI-era Austro-Hungarian military cemetery, surging past a picket of praying, ethnic Hungarians and, despite a massive police presence, began laying wreaths at the illegally erected stone crosses of purported Romanian war heroes.

The Úz valley graveyard was established by Austrians and Hungarians in 1917. The fallen heroes of WWI and WWII battles lay there in peace until the council of Dormănești/Dormánfalva – a small town of 8,600 inhabitants located some distance away in Bacău/Bákó county – set up concrete crosses and a memorial to Romanian war heroes in the cemetery. The cemetery, however, belongs to the small Transylvanian village of Csíkszentmárton/Sanmartin Ciuc, population of 1,200, in Hargita/Harghita County.

The Romanian Ministries of Culture and Defense, as well as the Bacău building authority, said the new crosses and memorial violated the law and politicians of the ethnic Hungarian community in Transylvania and from neighboring Hungary appealed to leading Romanian officials – including Romanian President Klaus Iohannis – to resolve the issue peacefully. The latest such request came earlier today, when Hungarian Foreign Minister Péter Szíjjártó called his Romanian counterpart, Teodor Meleșcanu, asking him again to stem any provocations and resolve the issue peacefully. 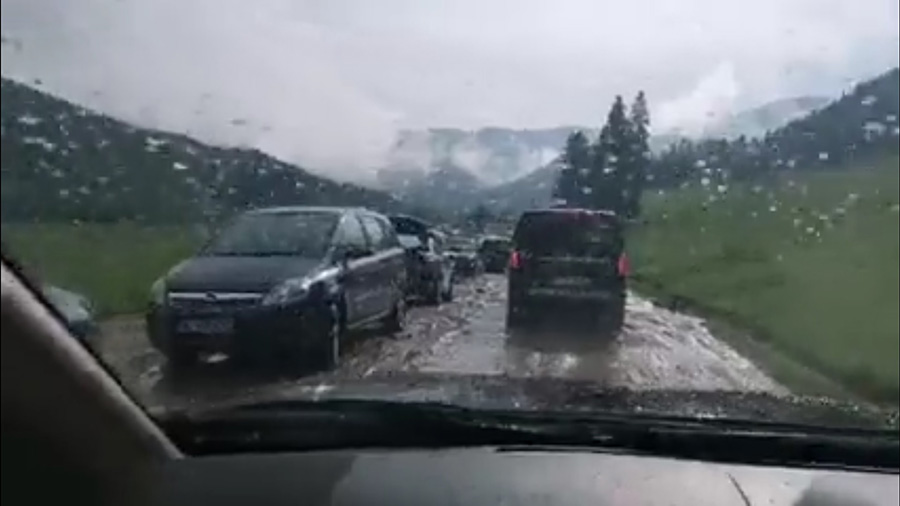 Despite the official Romanian decisions to the contrary, the council of Dormănești announced that the inauguration of the Romanian war memorial would be held this afternoon. Some 1,000 ethnic Hungarians, in silent prayer, formed a human chain to prevent the arriving Romanian crowd – many in the crowd brandishing Romanian flags – from entering the graveyard. Despite a heavy police presence – at least several dozen officers were on site, attempting to calm the Romanians – a group eventually broke through the police cordon, crashing through the fence and tearing down the gate from inside.

The Democratic Alliance of Hungarians in Romania (RMDSZ) condemned in a statement those who “resorted to physical violence and barbaric aggression” to intimidate the peaceful Hungarian picket, called the authorities to detain those responsible and asked the Romanian media to “end misinformation and incitement to hatred”. In light of the fact that Romanian authorities failed to prevent the atrocities, RMDSZ President Hunor Kelemen called on Prime Minister Viorica Dăncilă to sack Minister of Interior Carmen Dan and Hargita County prefect Adrian Andrei, holding them directly responsible for the events.