“An angry, Romanian crowd broke into a WWI-era Austro-Hungarian military cemetery on Thursday, surging past a picket of praying, ethnic Hungarians and, despite a massive police presence, began laying wreaths at the illegally erected stone crosses of purported Romanian war heroes.” This troubling event yesterday was the most poignant news item to come from Transylvania in some time.

This occurred barely five days after the Holy Mass celebrated by Pope Francis in Csíksomlyó/Șumuleu Ciuc, only twenty kilometers away. During that Mass, Pope Francis urged all Romanian faithful to live in “brotherly co-existence”. To make things abundantly clear: the majority Romanian Orthodox and the overwhelming majority of the ethnic Hungarians in Transylvania worship the very same God and live by the same scripture.

Both the Old and the New Testament of that scripture teaches that “Thou shalt love thy neighbour as thyself“. In the spirit of that teaching, one thousand Hungarians united in silent prayer yesterday to – as is every decent human’s duty – defend the graves of their ancestors about to be defiled by an angry nationalist crowd.

The crowd eventually broke through the police cordon and forcefully entered the graveyard – otherwise closed by the local municipality. The responsibilities of the powers that be in failing to prevent the atrocity will hopefully be established in due course. 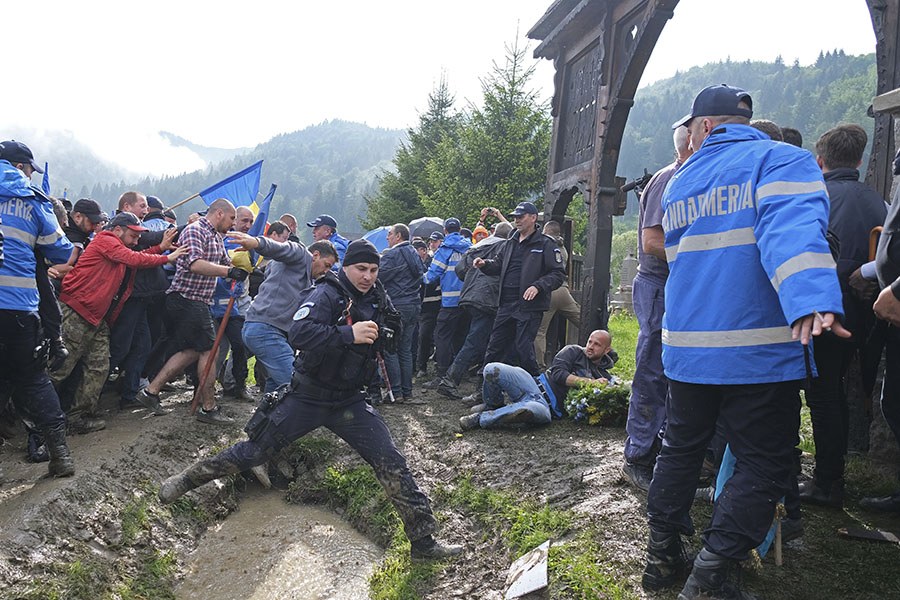 But missing from most – if not all – of the coverage of the event is that the crowd also included a group of Romanian Orthodox priests (led by one Toader Alexandrescu), who proceeded to consecrate the illegally erected Romanian war memorial.

One bad apple spoils the barrel, as they rightfully say, but one should not be too quick to condemn the entire Romanian Orthodox Church. People – either as individuals or as a religious organization – are not apples. So it is only fair to assume that unless and until said church publicly distances itself from those bad apples, it carries a share of the guilt for what transpired.