An impressive Art Nouveau palace in Temesvár (Timişoara, Temeswar), the so-called Emmer House has been recently restored. The renovation of the imposing early 20th century historic building has been a real architectural success, the tion.ro news portal reported.

After three years of research and one year of intense restoration work, the Emmer House, situated on the historic Florimund Mercy street, has been revealed to the public. “The building, which is without question an architectural beauty of the western Romanian city, now catches the eye of passersby the way it did more than a century ago, when it stood in its full glory,” tion.ro emphasized.

Victor Popovici, architect and co-owner of the building, described to the news portal how complex the whole restoration process was. Many of the palace’s architectural ornaments have been almost completely destroyed. With the objective to restore the building to a state that approaches its former glory, samples of the original materials were sent for chemical analysis, to find out their exact composition. Therefore, restorers used only materials compatible with the era in which the palace was built. 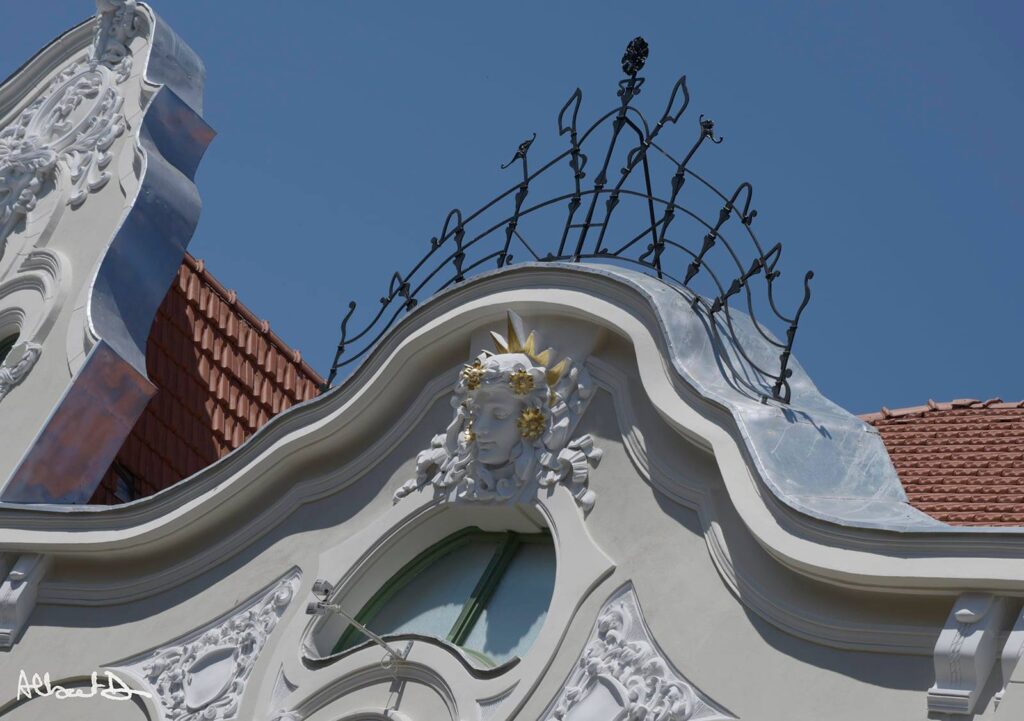 All the reparations and replicas were made of materials similar to the ones used in the early 20th century, when the building was built

The restoration of each architectural ornament meant tens of hours of work for both restorers and builders, tion.ro wrote. Some decorations were in places more protected from the weather; these were repaired, but many others had to be rebuilt from scratch. The central statue of the main façade was taken down, as the arms and also a part of the head were missing. The sculptors restored the statue, and then an exact replica of it was cast, which is now on display. The sculptural figure on the façade is an exact replica of the original one, which was severely damaged in the past decades

The four-story Emmer House, built in 1908, is the work of a renowned Temesvár architect, László Székely. The impressive urban palace, with some stylistic elements inspired by the French Art Nouveau, belonged to a wealthy Temesvár merchant, Ferenc Emmer, who traded in arms and hats.

Title image: Emmer House was built in 1908 in the Art Nouveau style by a wealthy Temesvár merchant, Ferenc Emmer.