Actual individual consumption (AIC) expressed in Purchasing Power Standards (PPS), showed a significant increase last year in Romania compared to the EU average. According to fresh Eurostat statistics, Romania is at the same level as Poland and ahead of countries like Hungary and Slovakia. 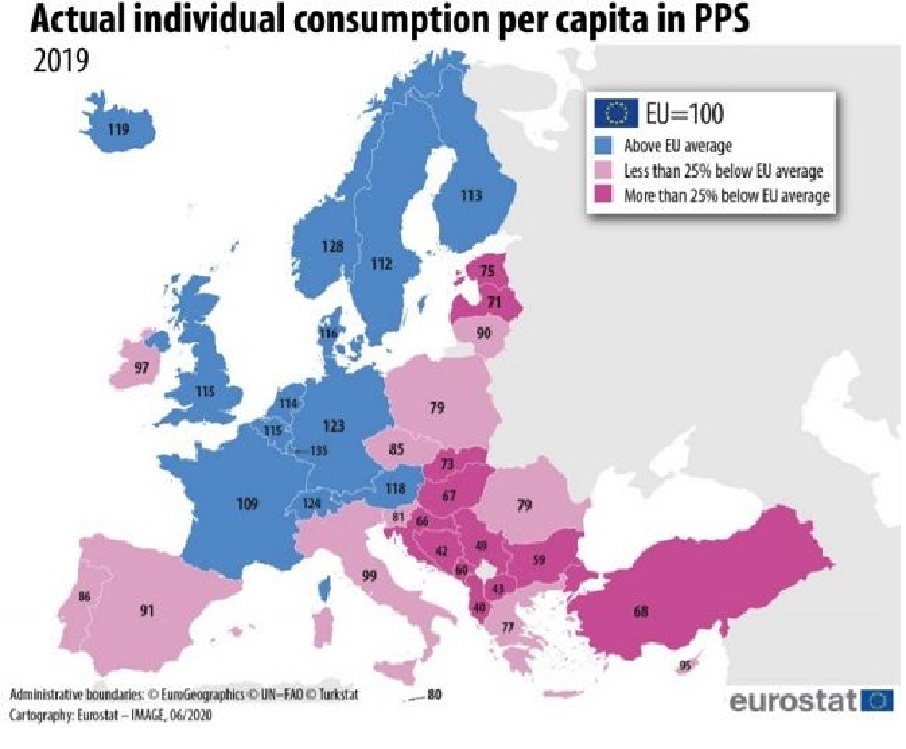 But according to the latest statistics published this week, seven EU Member States – Hungary, Slovakia, Greece, Estonia, Latvia, Croatia and Bulgaria – are now behind Romania, as shown in the image above. There is no surprise as to which countries are leading the list: Luxemburg (AIC is 135% of the EU average), Germany (123%), Austria (118%), Denmark (116%), Belgium (115%) and the Netherlands (114%).

Eurostat also published GDP data showing that Romania has reached 69% of the EU average, overtaking only Bulgaria (53%) and Croatia (65%), while Latvia is at the same level (69%), and Hungary is ahead (73%).

On the other hand, the higher consumption was a result of wage and pension increases which analysts say are not sustainable. The general government deficit as a percentage of GDP increased from 2.9% in 2018 to 4.3% in 2019, and according to the European Commission’s spring forecast, if current policies remain in place, this figure will further increase to 9.2% in 2020 and to about 11.4% in 2021.