Banat Museum of Temesvár: A glance at the origins of skating

Winter sports are a lot of fun – just ask a child who has just finished sledding to the bottom of a hill. However, skating and sledding have not always been a form of entertainment, nor did they always look as they do now. The first ice skates were made of animal bones and were tied to the legs with leather straps, while the skater propelled himself forward with poles. The Banat Museum of Temesvár/Timisoara is now inviting visitors to check out such skates allegedly dating back to the Neolithic Era (via Tion).

Researchers believe that such bone skates could also have been used on sleds, the difference being the way they were attached: They usually had holes in the back of the bone to fix them to the sled.

The oldest pair of skates we know of were found at the bottom of a lake in Switzerland and date back to the Bronze Age (about 3000 BC). In 2012, Russians discovered evidence of Iron Age skates made from the bones of a horse.

The first people to replace bone skates with blades of iron in wooden platforms were the Dutch around 1250 AD. 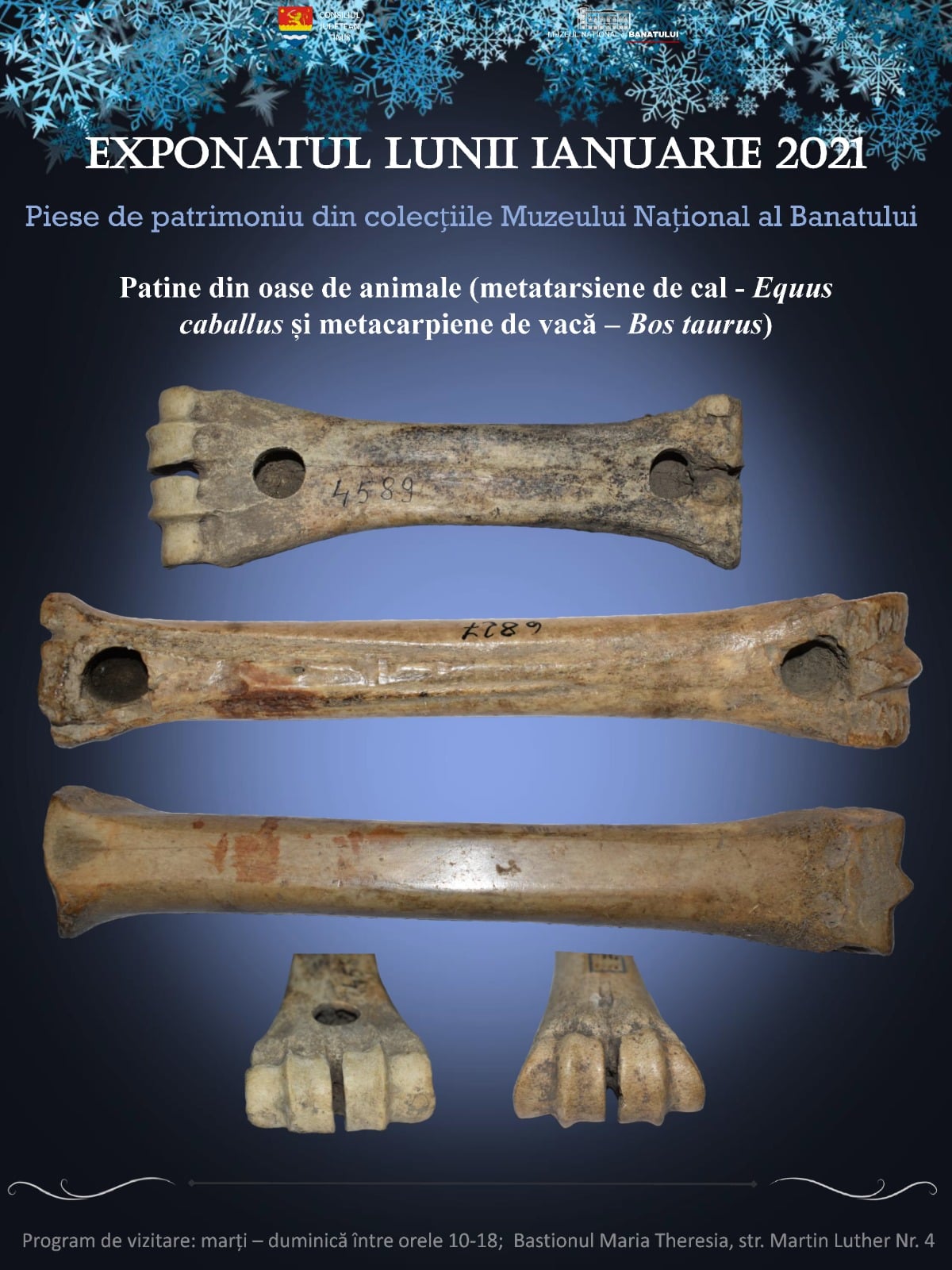 Now, the Banat Museum has opened an exhibition of skates made out of bone, which purportedly date back to the Neolithic period (10,000-4,500 BC). One pair of bone skates were discovered in Nagyszentmiklós/Sânnicolau Mare. The other two are thought to date back to the Prehistoric period, although even the Museum’s curators are taking this with a pinch of salt due to the lack of information.

Only 10 out of 30 vaccination centers work in Kolozs County

Vaccination proof required at University of Bucharest in 1928

AUR’s leader howled at commemoration of 1989 Revolution in Temesvár