Over the weekend, the number of people who filled out the “Transylvanian Hungarians around the world 2020” survey reached 1,000. 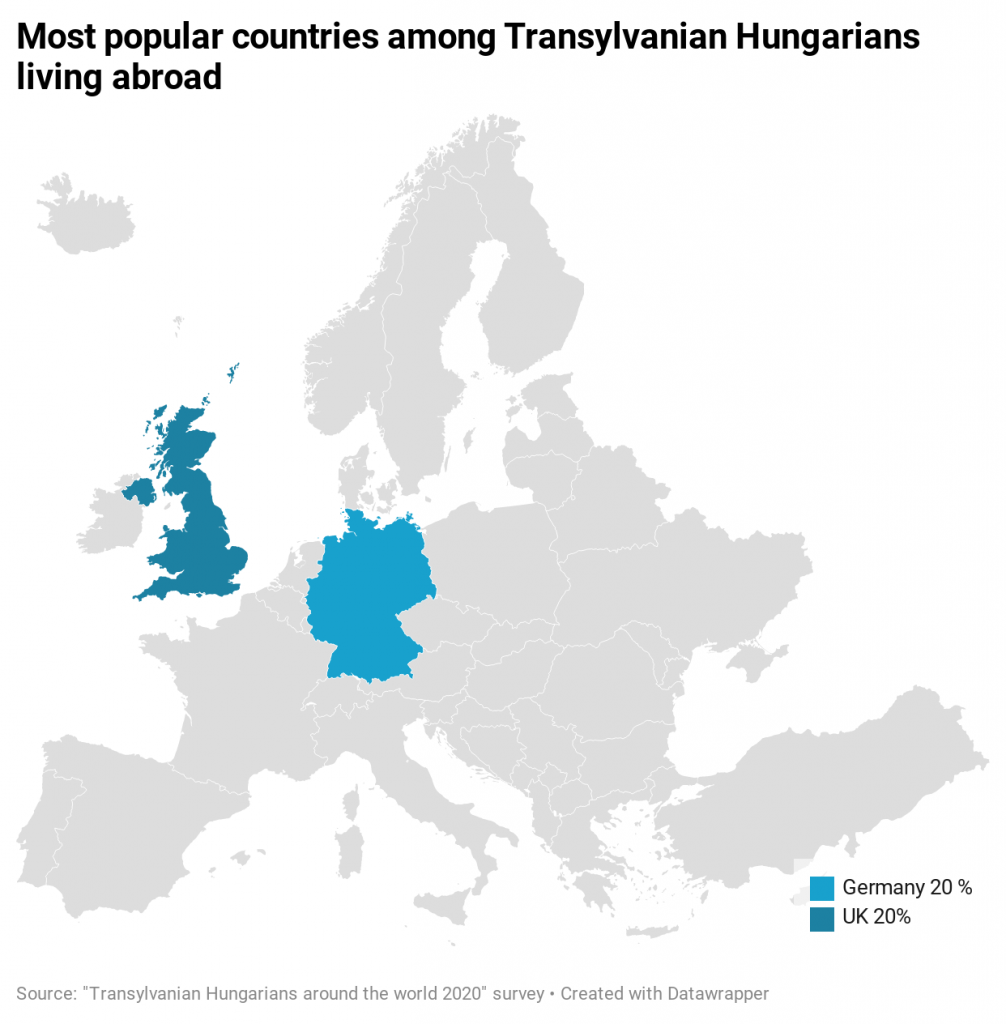 The aim of the study is to get answers to questions such as “Why did Transylvanian Hungarians living abroad (but not in Hungary) leave their homeland?”, “How is their life where they live now?”, “How much are they able to create a ‘small Hungarian world’ around themselves?”, and “How strong is their attachment to both Romania and Hungary?”.

Before this one, the Budapest-based Institute for Minority Studies of the Hungarian Academy of Sciences conducted another survey to examine the life of Hungarians who had moved away from Hungary to live and work. That “Hungarians abroad” survey was used as a basis to create this new survey for Transylvanian Hungarians living abroad.

Answers have arrived from 45 countries so far. The highest number of responses have come from Germany and the UK, (20 percent), followed by the US and Canada (8 percent). More than 50 people filled out the survey in Austria, Denmark and Sweden.

But Transylvanian Hungarians living in such exotic countries as French Guiana, Myanmar or New-Caledonia, for example, have also shown interest in the study.

The survey can be filled out here until July 12.