The number of people registered as unemployed in Transylvania was 84,300 in March 2021, a 28.1 percent increase compared to the same period last year; the unemployment rate was 2.7% – reports the Erdélystat. 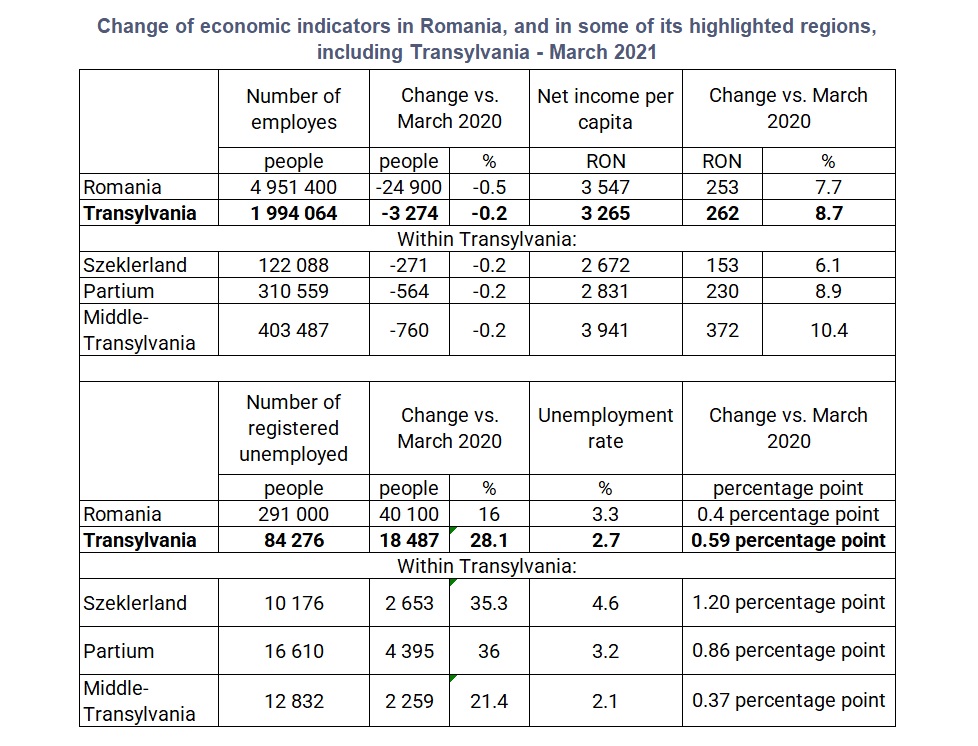 According to the March figures for Transylvania, 56.9 percent of those employed were working in the service sector, 40.7 percent were employed in industry and construction, and 2.4 percent had jobs in agriculture and forestry (silviculture). The number of employed in Transylvania in the service sector decreased by 2,200 year-over-year (-0.2 percent), while in industry and construction, this figure fell by 1,100 (-0.1 percent) and slightly increased in agriculture and forestry.

When interpreting the data, it is also crucial to keep in mind that during the coronavirus pandemic, people with lower income (mainly working in the service sector and industry) had a higher chance of losing their jobs, meaning that before the pandemic, they pulled down the average income level. Another thing can also distort the net income data: In many cases, exactly those activities that had to be shut down during the pandemic, are the ones not sending statistical data to the authorities, and because of this, the statistics might be showing a more positive picture than the reality. At the same time, the increases in the minimum wage and food coupons contributed to an increase in income.

Registered unemployed and the unemployment rate

The unemployment rate in Romania on a national level in March 2021 was 3.3 percent, which is a 0.4 percentage point increase YoY. Although this rate is lower in Transylvania, 2.7 percent, the increase was bigger (0.59 percentage points) compared to last March.

The unemployment rate within Transylvania was the highest in Szeklerland, 4.6 percent, which means a 1.2 percentage point increase compared to March 2020.

If you are into the numbers and interested in this topic, you can also check out Erdélystat’s similar report from two years ago by clicking here.

The most expensive and the cheapest Transylvanian cities