Johannes Caioni, or as he is known to posterity, János Kájoni was an unconvetional figure of 17th century Transylvania. In a land ruled ruled by Protestant princes he was a Franciscan orator and regional head of the order, but also writer, organ-player, and organ builder and founder of a print shop. Most importantly for us, his Codex contains the most comprehensive notations of the time’s music.

Kájoni was born in 1629 to a Romanian Orthodox family in Kiskájon/Căianu Mic. The family then moved to the Hungarian Catholic village of Jegenye/Leghia. Given how the village was the property of the Jesuits, he probably converted to Catholicism on their influence.

We know little about his family, but it must have been one of means, as his sister, Judit was the wife ofn noble captain István Rácz of Csík/Ciuc. It was probably through his sister that he came in contact with the Franciscan monastery in Csíksomlyó/Şumuleu Ciuc. He began his studies at the Jesuits in Kolozsvár/Cluj and continued them in Csíksomlyó. He joined the Csíksomlyó monastery in 1647. The monastery sent his to Nagyszombat where he became prolific in composing music and writing tablatures (a form of musical notation). He was ordained priest in 1655. He began his service as priest in Csíksomlyó, but later also served in Mikháza/Călugăreni and Szárhegy/Lăzarea.

It was Kájoni who reconstructed the churches of Csíksomlyó, Gyergyószárhegy and Mikháza destroyed during the 1661 Tatar invasion and he also installed organs in these churches.

With the permission of the church and financial support from noble families he established a print shop in Csíksomlyó whose first book was Kájoni’s Cantionale Catholicum in 1676. The print shop ran uninterrupted until 1906 when it was moved to Cluj.

The Franciscan monks found Kájoni’s portrait – painted on parchment – in the old print shop building in 1878 and upon its discovery sent it for restoration to VIenna.

Kájoni’s works include several major collections of music, of which the most important ones record contemporary Hungarian, Slovak, Polish, Romanian and Roma folk-inspired music. The Codex also contains church and lay songs. Some of the tunes he recorded in his scores are still being played today, such as the Dance of Lázár Apor, which is the tune for the Romanian bătuta dance in Bihar/Bihor county.

The Kájoni Codex is a large compilation of musical documents collected between 1634 and 1671 and it is the largest collection of 17th century Transylvanian music. It also includes scores of organ music.

His heritage consists of several musical volumes, a botany book including a section on medicinal plants and several liturgical writings, sermons and notes. While born Romanian (“Natus Valachus sum” – as he wrote himself in Latin) he is considered a major figure of both Hungarian and Romanian culture, as Ioan Căianu by the latter. He died at the age of 58 in Gyergyószárhegy and according to his wish was buried in an unmarked grave in the yard of the monastery. 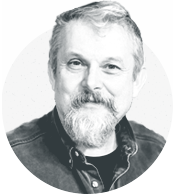