The Fiercely Colorful Festival Inspired From a Tatar Invasion

Throughout the course of history, Hungarian and Tatar peoples have crossed paths numerous times, with the interactions tending to be overwhelmingly martial. Stemming from a particularly bloody Tatar invasion, a colorful tradition emerged in the city of Szék that is still practiced 300 years after the causal tragedy. 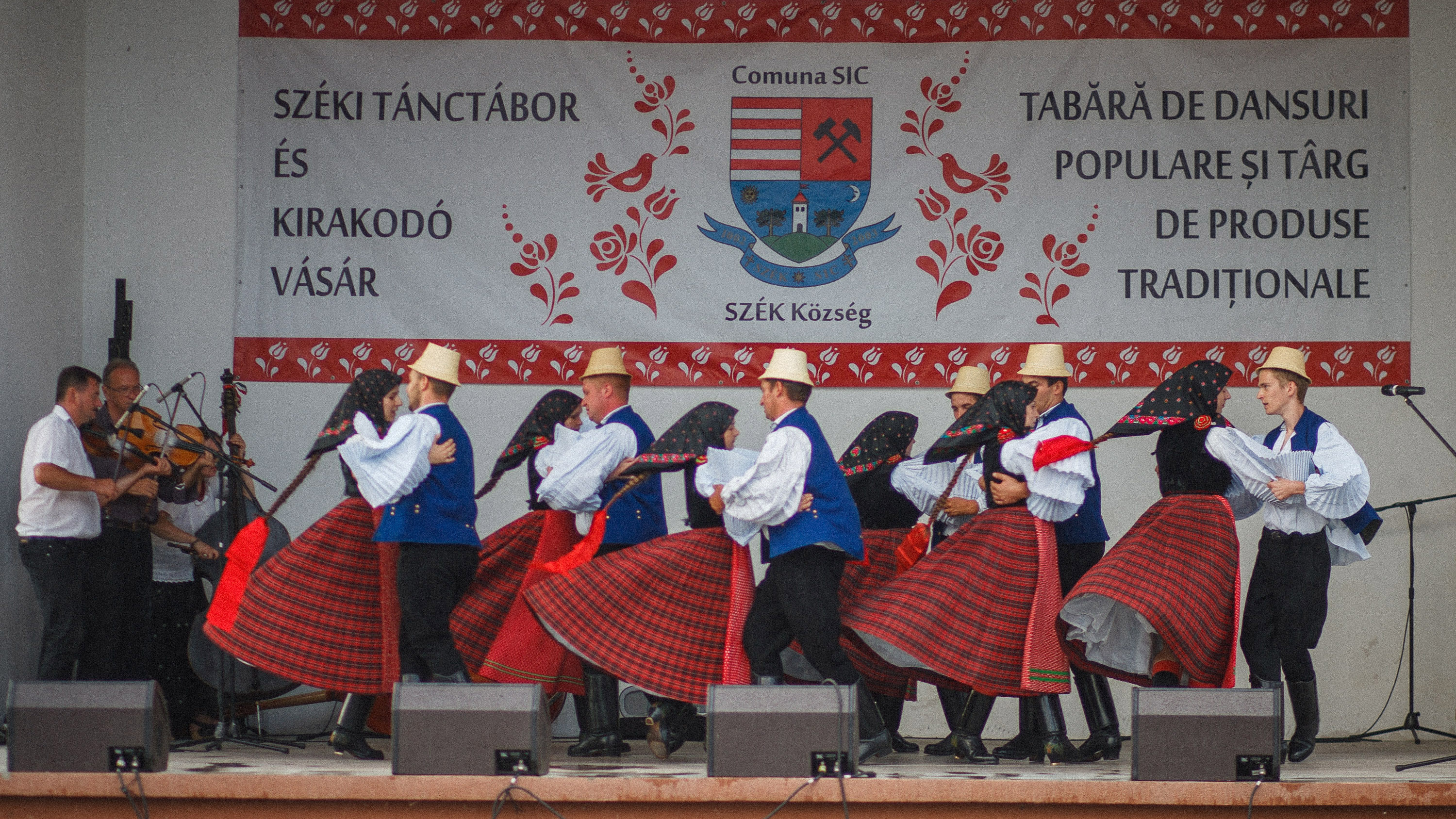 Not far from Kolozsvár lies a village where time seems to stand still. Everywhere you look, you see locals dressed in traditional folk attire that has not changed in 300 years.

In fact, some 80 percent of the inhabitants of Szék (Sic) wear traditional clothes all or most of the time. Men wear straw hats and blue waistcoats with brass buttons. Women wear red, flowing skirts, embroidered white blouses with polka dots, and headscarves that are carefully color-coded: red for young women, dark red for middle-aged women, and black for the oldest.

Ethnic Hungarians make up 96 percent of the population, and they are renowned for the pride they take in keeping their traditional clothes immaculate and wearing them every day.

But as happy as Szék’s inhabitants may look in their colorful dress, the tradition has a tragic story behind it. The people of the town began wearing the traditional costumes of black as an expression of mourning and red to represent blood after a Tatar invasion in August 1717, which wiped out 90 percent of Szék’s population.

Since that tragic event 300 years ago, the town’s residents not only physically rebuilt it brick by brick, but the community itself saw a renaissance. They have stubbornly maintained their traditions in the toughest circumstances, under the oppression of Romanian communism, and they continue to do so today, living as an ethnic minority group. At the center of town, they have beautifully and carefully restored the monumental Reformed Church that dates from 1241, including its frescoes.

The calamity that befell the town in 1717 is commemorated each August in a week-long festival where people show off traditional dances and the main church hosts a special memorial service.

That festival, the folk dance camp and fair with its dancing, music and beautiful costumes took place this year from August 13 to 19 this year. The festival is organized around, but not on the very day of the tragic event. August 24th, the feast day of Saint Bartholomew, is observed in the region as the beginning of harvest time and is typically a celebration, but one is not supposed to dance on this day in Szék. They dance only before and after the 24th.

This year’s festival featured folk dance ensemble performances, dance classes for beginners as well as more advanced, and workshops displaying the work of local craftsmen. The event gathers more than a thousand guests, many of them former residents of Szék, and serves as a large reunion for family and friends alike.

For more interesting festivals in Szék, take a look at the famed log-pulling horse festival.