The festival is held between the 5th of November, Imre Name Day and the Master’s birthday on the 20th of November. More than two weeks, daily, Hungarians all over the Carpathian basin fill the emblematic buildings of Imre Makovecz with the best music, exhibitions and professional programs on architecture.

This year the Hungarian architect Imre Makovecz (1935-2011) would have been 83 years old. The Hungarian pavilion he designed for the Seville World Expo in 1992 instantly became a Hungarian national symbol. Ten years later, the message of this building inspired people to organize the Seven Towers Festival.

“The symbolism of Seven Towers has appeared many times in Hungarian culture over the centuries, always with similar content and meaning. For Hungarians it symbolizes the folk culture, collective memory and creativity of the Carpathian Basin – between the Seven Towers of Vienna, Kassa (Kosice), Munkács (Mukachevo), Brassó (Brasov), Újvidék (Novi Sad), Zagreb and Maribor including the architecture and intellectual heritage of Imre Makovecz.” says Ferenc Kiss, the artistic director of Seven Towers Festival.

This year’s Seven Towers festival, held in 11 buildings designed by Makovecz all over the Carpathian basin gathered 80 artists, 10 exhibitions, 16 concerts and many film screenings. It began on the 7th of November in Budapest and continued in Transylvania, in the Makovecz buildings of Csíkszereda (Miercurea-Ciuc) and Kolozsvár (Cluj-Napoca).

The spot of the festival in Kolozsvár was the Reformed Church in Törökvágás, an emblematic building of the city with an exceptional beauty designed by Makovecz and executed by Müller Csaba, one of the Master’s former apprentices. The building is a real gem of the organic architectural style represented by Makovecz, built exclusively from wood and stone. 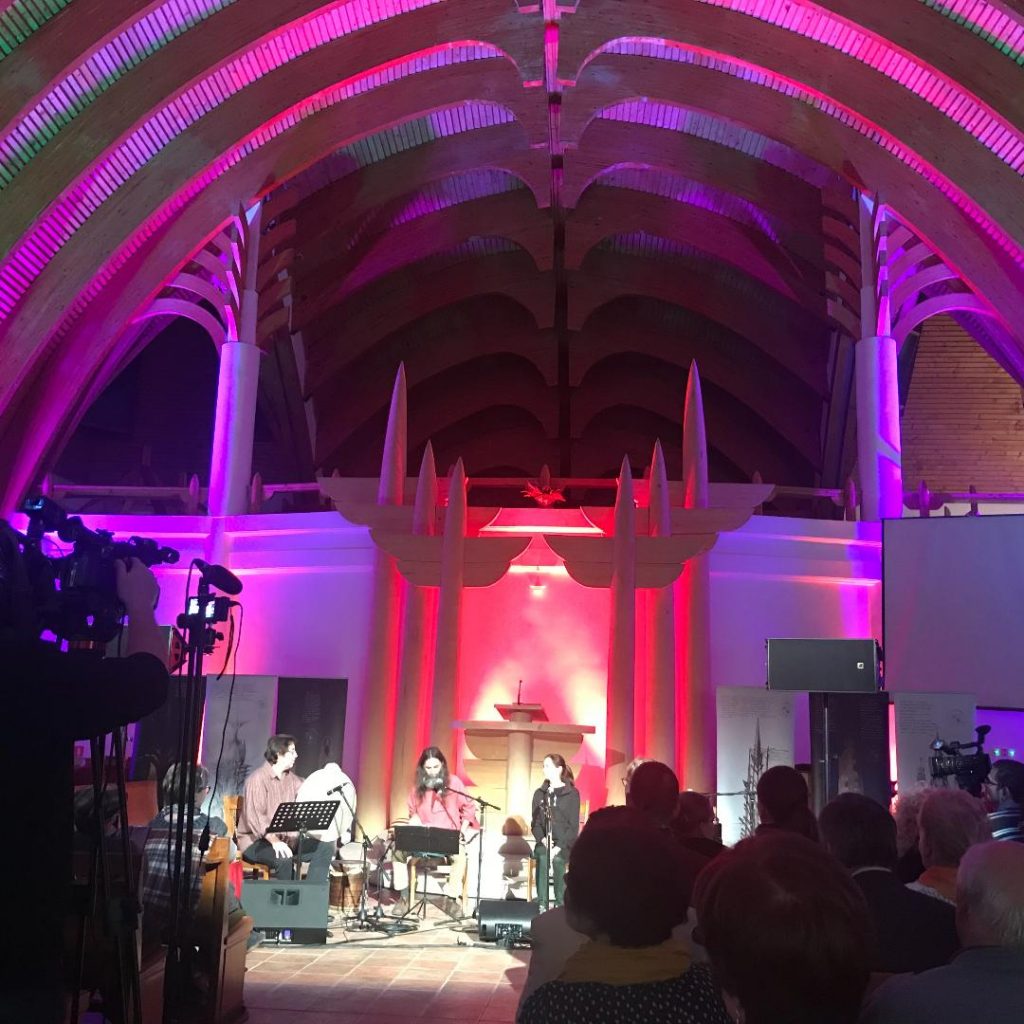 Festival-goers are pampered each year by the most exclusive and unique musical events held here. This year’s ancient Turkish music concert of the Canlar band together with a Turkish bard, Erdal Salikoglu turned out to be a real revelation.

“The interior atmosphere of this church is amazing and adds a really special feeling to the festival each time we come here. It is a pleasure to be here” said Horváth László, one of the organizers of the festival.

An exhibition also took place in the foreground of the church this year: the photographs of Tamás Henics evoked the world and work of Zoltán Kallós, one of the most prominent and successful Hungarian ethnographers of the 20th century.

Imre Makovecz was active in Europe from the late 1950s onward. He attended the Technical University of Budapest. He was the founder and “eternal honorary president” of the Hungarian Academy of Arts.

Makovecz was one of the most prominent proponents of organic architecture. As such, his buildings attempt to work with the natural surroundings rather than triumph over them. Frank Lloyd Wright and Rudolf Steiner are both strong influences, as is traditional Hungarian art.

His work began as a critique of communist ideology and the brutal uniformity of system building, but after the fall of the Communist regime in 1989, it became a comment on the nature of globalization and corporate culture. In his attempts to refer to and build on Hungarian national archetypes, Makovecz was continuing the work and ideas of the architects of Hungarian Art Nouveau and National Romanticism. The first English language monograph on his work, Imre Makovecz: The Wings of the Soul, by Edwin Heathcote, was published in 1997.