While the Romanian media didn’t rush to inform people about what turned out to be the worst nuclear disaster in history, in the background, a network of agents working for the dreaded Securitate secret service were quickly activated to gain insight into the morale of the population (via Ziare).

On April 26, 1986, the Chernobyl nuclear power station in Ukraine suffered a major accident, which was followed by the prolonged release of large quantities of radioactive substances into the atmosphere. Soviet authorities attempted to cover up the disaster in secret, but a couple of days after the fatal explosion, the news broke in the international media.

Authorities of the Socialist Republic of Romania (a Soviet-aligned Eastern Bloc state) went with the same “keep quiet” approach. The first report – using a neutral tone – was not published in the national newspaper Scanteia until four days after the explosion. The Communist Party was busy organizing the national festivals for Workers’ Day on May 1.

Meanwhile, Elena Ceaușescu, the wife of Nicolae Ceaușescu, the Communist leader of Romania, became the head of a Communist Party Committee in charge of controlling measures applied during this emergency situation.

The committee instructed the population: Use drinking water only from the urban water supply network, from deep wells or mineral water;  make sure to rigorously wash fruits and vegetables with drinking water before consumption; ensure children avoid long outings in open spaces; provide water to farms and homes only from deep wells; protect fountains and fodder by covering them. 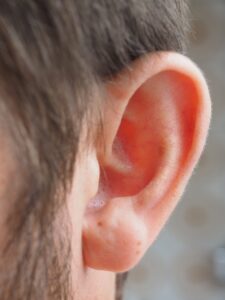 At this time, in 1986, freedom of speech, freedom of individual thinking, and similar rights were just a dream for people living in Romania. The press was allowed to publish only what the big leader (and his servants) approved, so the population got additional information about the disaster only through forbidden radio stations.

In the background, the heads of the Securitate (Romanian for Security, the secret police agency of the Socialist Republic of Romania) activated their network of agents to perform an analysis of the population’s state of mind. A report signed by the Temesvár head of Securitate, Colonel Ioan Cristescu, which was sent to Bucharest in 1986, nicely summarized that agents were on the alert to capture anything people said about this accident. They filed a list of people who expressed their opinion regarding the matter or who dared accuse the Soviet authorities of not informing the public.

The colonel closes the report by saying that they would follow the population’s state of mind and that there was no general panic. However, in a closing note, he added that there was an increased demand for mineral water and beer to avoid consuming water from the public water supply.