The Romanian railway system is far from being good: the trains, locomotives and the rail lines are in miserable condition. In the last couple of decades, the government hasn’t invested in modernization of the railway system, and it hasn’t bought new locomotives or rail cars in a very long time. The newest trains, called Blue Arrow are 13 years-old, and these are the “youngsters” among the Romanian trains. Some of the locomotives used by the company were manufactures 80 years ago, local newsportal Maszol reports.

State railway company Căile Ferate Române (CFR), uses 800 rail cars and 370 locomotives on a daily basis. The company has got almost 2,300 cars in total, but only 40% of them are in working condition, with 1,000 of them unserviceable. Most of the cars are really old, used for at least 30 years and overhauled 15-20 years ago.

The company has got 304 newer cars, manufactured between 1996 and 2001, which can be used on trains that can reach 160-200 km/h. The railway company hasn’t bought new cars since 2003, and hasn’t invested in the cars between 2005 and 2015, but bought 3 electric locomotives in 2014, which can also reach 200km/h. But not in Romania: here most of the trains go at a maximum speed of 50km/h, due to the deplorable conditions of both rolling stock and tracks.

The golden age of Romanian railway system was before 1990: then the company had more than 10 thousand cars, it used on a daily basis 4,000 of the cars, transporting 400 million people per year. In 1998 the number of the cars decreased to 5 thousand, the company transported not more than 158 million people that year. And the number of people using the train system dropped drastically since then: in 2017 only 54,3 and in 2018 only 53,7 million people used the CFR’s services. While before 1990 trains traveling on medium or long distances all had dining cars, nowadays is a miracle if someone finds a dining car on a train.

The secretary of state for Transport, Maria Madalena Grigore confirmed that the number of people using trains dropped to one seventh since 1990. Due to this fact, the Romanian railway company represent only 20% of the countries public transportation. 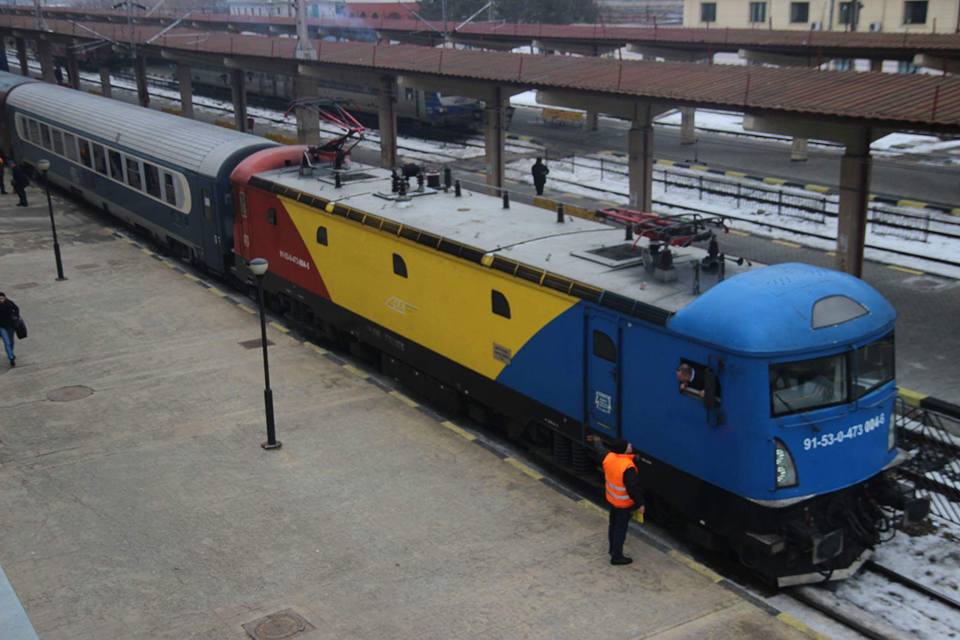 Because the number of cars is decreasing yearly, the trains are usually really crowded, mostly on the weekends. The railway company sells yearly 700-800 thousand ticket without seating, so the passengers have to travel standing on their feet.

Fire in a passenger train in Arad