Romanian court: 52-year-old having intercourse with 11-year-old is consensual

The case of a girl from Hunyad/Hunedoara County has drawn attention to the fact that there is a serious problem with the handling of such cases. For this reason, a procedure for liability breach has been initiated against the country.

Not long ago, a serious case rocked people’s trust in Romanian justice, with everyone asking the same question: How could any court imagine that sexual intercourse between a 52-year-old man and an 11-year-old girl was consensual. The incident took place back in 2008, when a girl from Hunyad/Hunedoara County became a victim of sexual abuse. She was raped not only by 52-year-old Viorel Jurj but also by five teenagers as a result of his instigation. This lasted for months, until the girl became pregnant and finally admitted to her parents what had happened. She told her parents that Jurj and the others had abused her sexually many times and had also threatened her, telling her that she would be hurt if she told anyone.

The parents reported the case to the police, which started an investigation; the girl was also sent to a psychologist who said she suffered from post-traumatic stress. However, thanks to the work of the prosecutor and the court, Jurj was convicted only for sexual intercourse with a minor, not for rape, because he and the rest of the perpetrators (the fifth one was under 14 and could not be legally accused) claimed that the girl was dressing provocatively. In fact, they claimed that she seduced the man and the boys, and all the incidences of sexual intercourse happened with her consent. The sisters of the boys, who had previously been the girl’s friends, claimed the same thing. 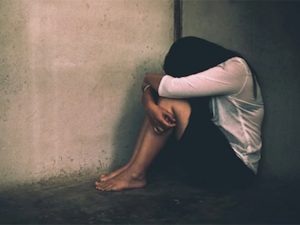 The girl claimed that one time, when she went to the neighbor’s house to play, Jurj, who lived in that family’s barn, forced her to a shed, held her down, gagged her mouth and had sex with her. On some occasions, he called another five boys, too. At that time, Jurj was 52 years old and was living with the family (with ten children) because he was their relative. The psychological examination at the beginning of the investigation determined that the girl was in a state of trauma and would not speak with her parents because she was afraid. The examination also determined that the girl spoke of the events with shame. Nevertheless, there were no exterior bruises according to the medical report, thus the charge of the prosecution did not include rape, and the court refused to treat the case as rape as well.

The judge, in her motivation, wrote that since after the first intercourse, the girl kept going back to play at the neighbor’s knowing that the defendant may also appear there, her behavior was also relevant. The defendant got three years in prison and was forced to pay RON 10,000 in moral damages. The parents attacked the verdict, and the case then went to the Court of Vajdahunyad/Hunedoara, where Jurj was sentenced to four years of prison for rape; the court ruled that per Romanian law, no one under the age of 14 can be considered a partner capable of giving consent to a sexual act. However, Jurj appealed this verdict, and the Court of Appeal of Gyulafehérvár/Alba-Iulia ruled in his favor, stating that this was not a case of rape because an 11-year-old child can also give consent for sexual intercourse, and she was not too young to have defended herself.

In 2015, the then 20-year-old victim thought that her case had been improperly judged, so she turned to the European Court of Human Rights (CEDO), which validated her. So, the Romanian Court had to re-open the case. After three years of litigation, the perpetrator was sentenced to five years of prison, but the sentence is not yet final. The attorneys of the girl argued that Romania does not guarantee appropriate legal protection for children under 14. Romanian law in general says that children under 14 cannot be held responsible, since the expression of their will is limited due to their age. And yet, when it comes to being a victim, they are deemed capable by the court to make decisions. So, according to Romanian law, an 11-year-old child is able to decide that she “wants” sexual intercourse with a 52-year-old man. In this context, CEDO determined that Romania has serious problems in the field of justice if it cannot differentiate between rape and sexual intercourse with minors.

The European Union has initiated a procedure for liability breach against the country and demands that Romania’s local judicial system be brought in line with that of the European Union.

In the case of the girl from Hunyad/Hunedoara County: A total of nine prosecutors and judges tried to stop her from pursuing her case and denied that she was the victim of rape until finally justice prevailed.