Romanian acting PM confuses her Orbáns (we told you, didn’t we?)

UPDATE: And if that still wasn’t enough, Romanian commercial news channel B1 TV, which defines itself as the “provider of quality, informative programs,” managed to fall into the same trap. Only they went one step further, having even misspelled Viktor Orbán’s name: 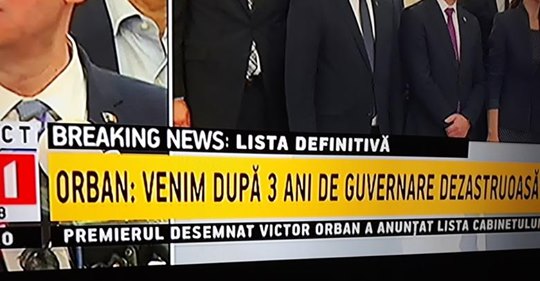 Hungarian president under fire for comparing annexation of Crimea to Transylvania