The Democratic Alliance of Hungarians in Romania (RMDSZ) has submitted a draft law to Parliament that would enshrine the promises the Romanian nation made to itself and its minorities at the 1918 resolution adopted at the Romanian popular assembly  in Gyulafehérvár/Alba Iulia proclaiming the unification of Romania with Transylvania and three other Western territories of the then Hungarian Kingdom.

“The RMDSZ considers that on the 100th anniversary of Romania the justified expectations of the national minorities living in the country should be incorporated into the legal system. The rule of law is a key pillar of democracy and Romanian democracy can only be complete if the point formulated at the 1918 popular assembly – and which are the basis of the Romanian constitutional state – are recognized and fully implemented in public law”, RMDSZ said in a statement. 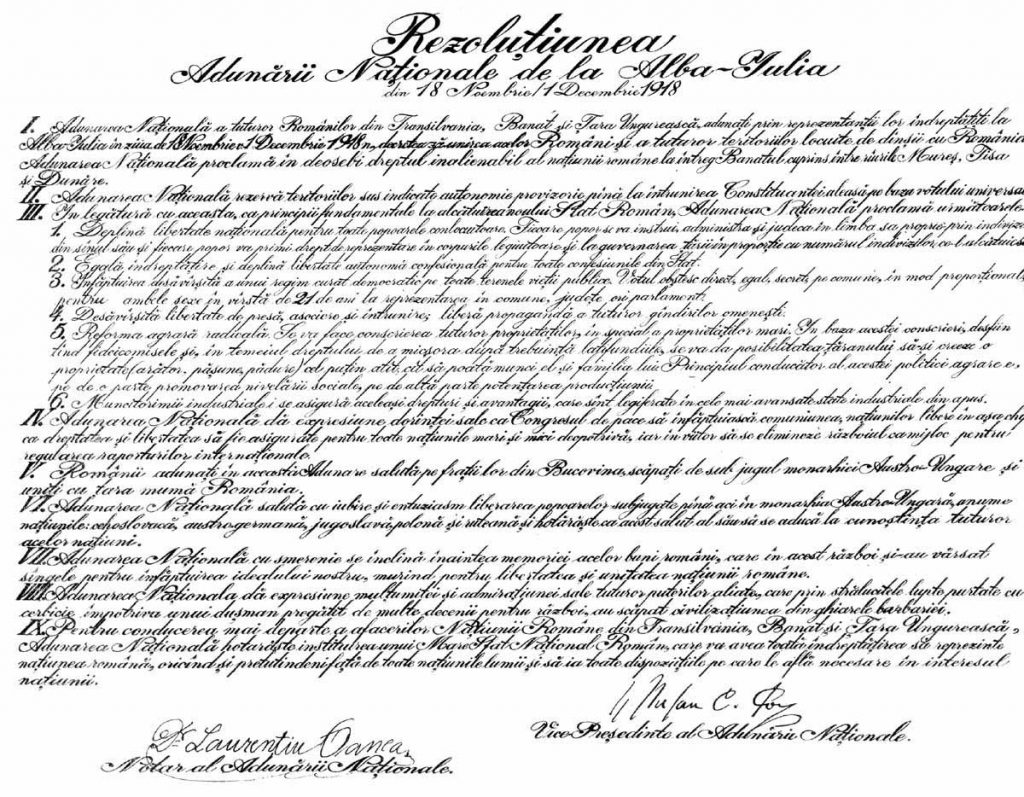 The full text of the Gyulafehérvár resolution (source: Wikipedia)

Point III/1 of the resolution, says “Every nation has the right to tuition and governance in its own language, by representatives chosen from its own. Every nation shall be represented in legislative bodies and governing organs in accordance with its individuals’ proportion.”

In line with that, RMDSZ has submitted a draft including proportional representation in every elected body at the local, county, national and European level, in courts of justice, proportionately dedicated positions in government institutions and ministries, the right for self-governance of local education and culture, the establishment of development regions special autonomy in the historic regions with large minority communities.

The draft has been submitted to Parliament on December 3.