Ringing of the white storks of Transylvania

The white stork nest of Vlaha is equipped with a web camera operated by the Milvus Group – Bird and Nature Protection Association and clujbird.ro/en. Situated in the village of Magyarfenes/Vlaha (Cluj County) at the top of an electric pole, the nest has been placed on a mount to prevent the high voltage wires from interfering with the chicks. The first nest was built here in 1998, and the webcam started its livestream on March 23, 2017. On the side of the nest, sparrows and starlings have also built their nests. 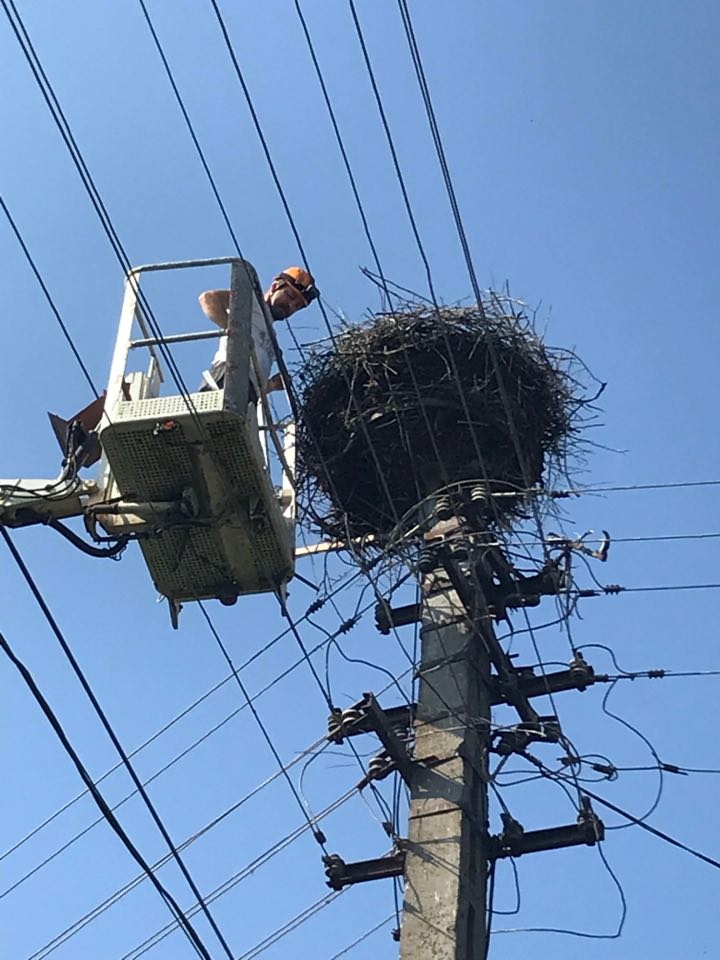 Ornithologist Zoltán D. Szabó is lifted up to the nest by a bucket lift car especially rented for the stork ringing. 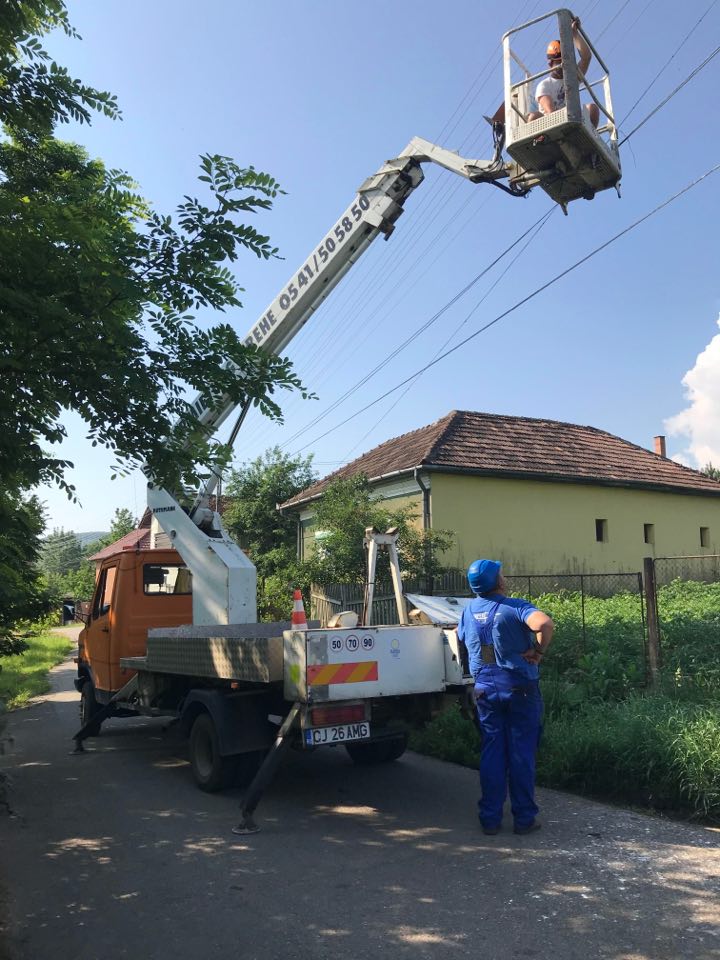 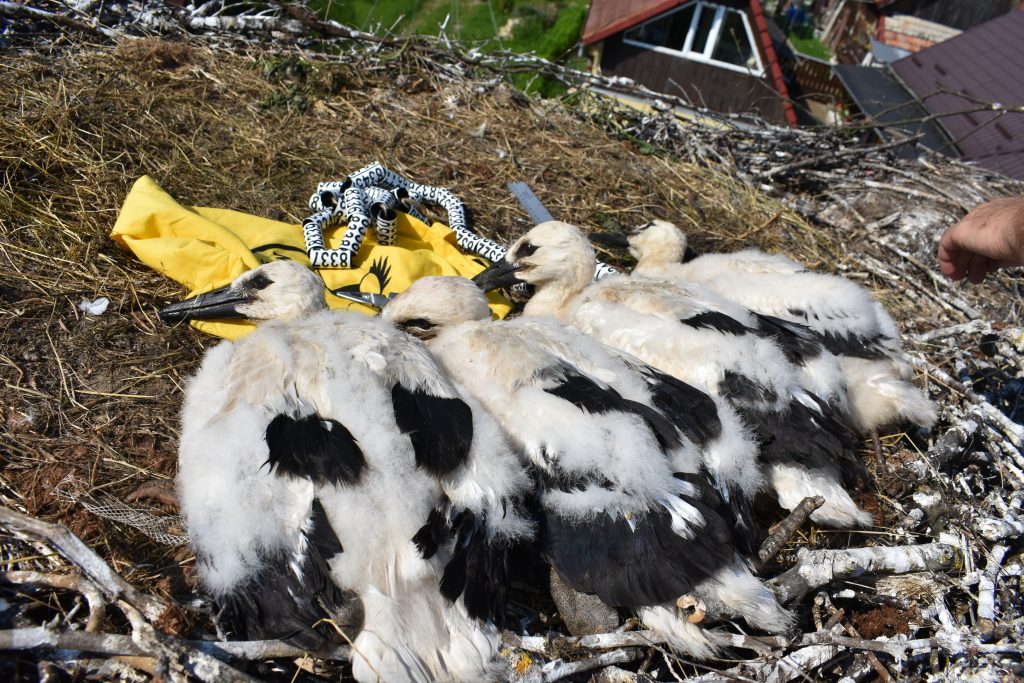 The one and a half month old nestlings. (Photo by Árpád Gazda)

Not even a month has passed since the first stork chick hatched in the nest in Magyarfenes/Vlaha, and the four little ones are already trying to break in their wings. The pace of their development was astonishing. One month after hatching, they were almost half the size of an adult stork. In the last few months, the little ones have learned to stand on their feet but spent most of their time laying down or sitting. 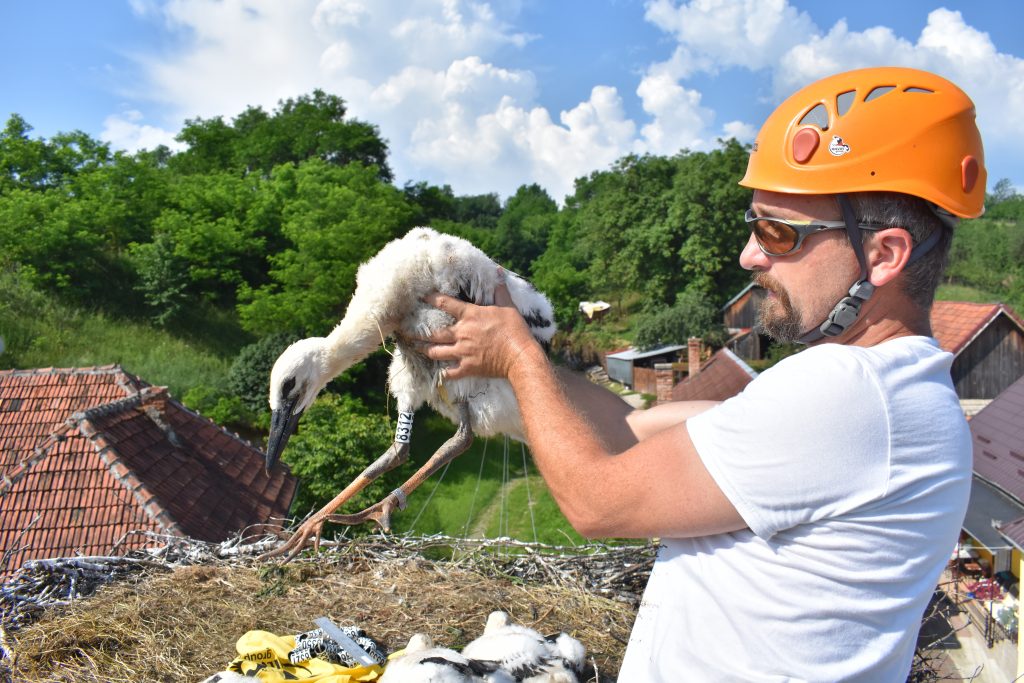 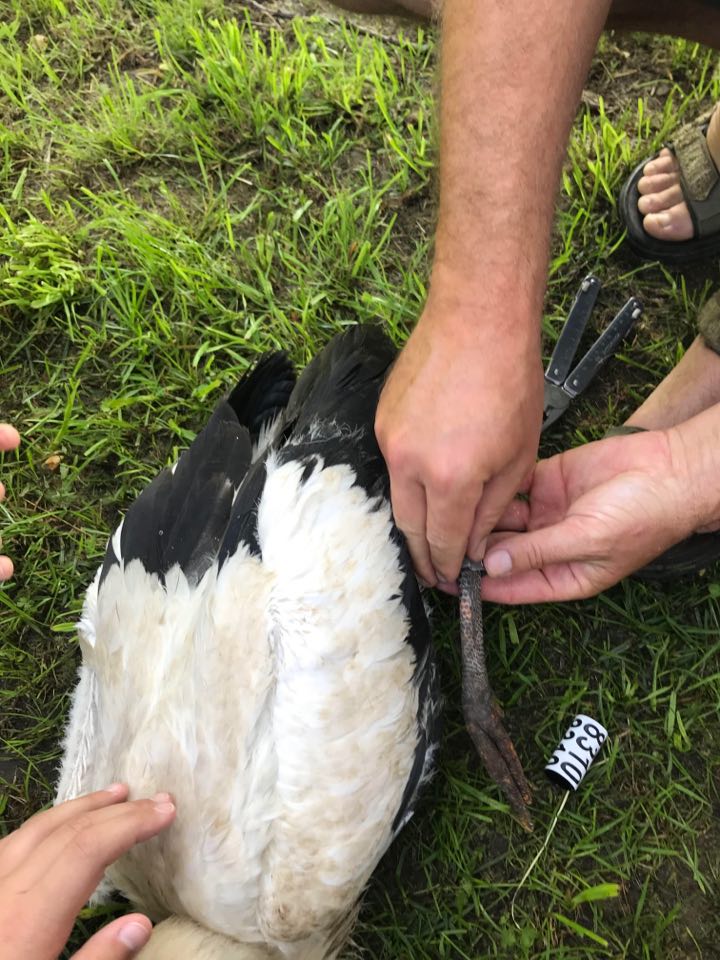 Bird ringing, or bird banding, is the attachment of a small, individually numbered metal or plastic tag to the leg or wing of a wild bird to enable individual identification. This helps keep track of the movements of the bird and other data throughout its life.The subsequent recapture or recovery of the bird can provide information on migration, longevity, mortality, population, territoriality, feeding behavior and other aspects that are studied by ornithologists. Other methods of marking birds may also be used to allow for field-based identification that does not require capture.

The storks received a small metallic tag mounted on the left leg, with the inscription “Romania” and an individual number. The bigger, white cylinder where there is a black number readable with binoculars was mounted on the right leg. The storks ringed in Magyarfenes/Vlaha received the numbers 8307, 8308, 8309 and 8310. 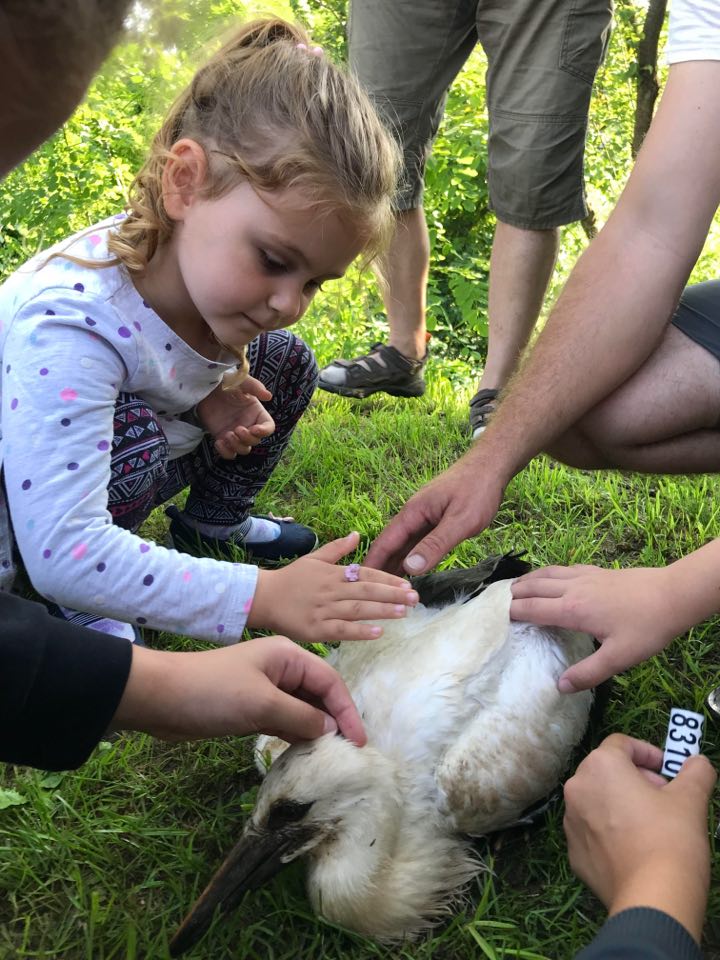 Kids who came for the ringing pet the stork chick removed from the nest. (Photo by Blanka Székely) 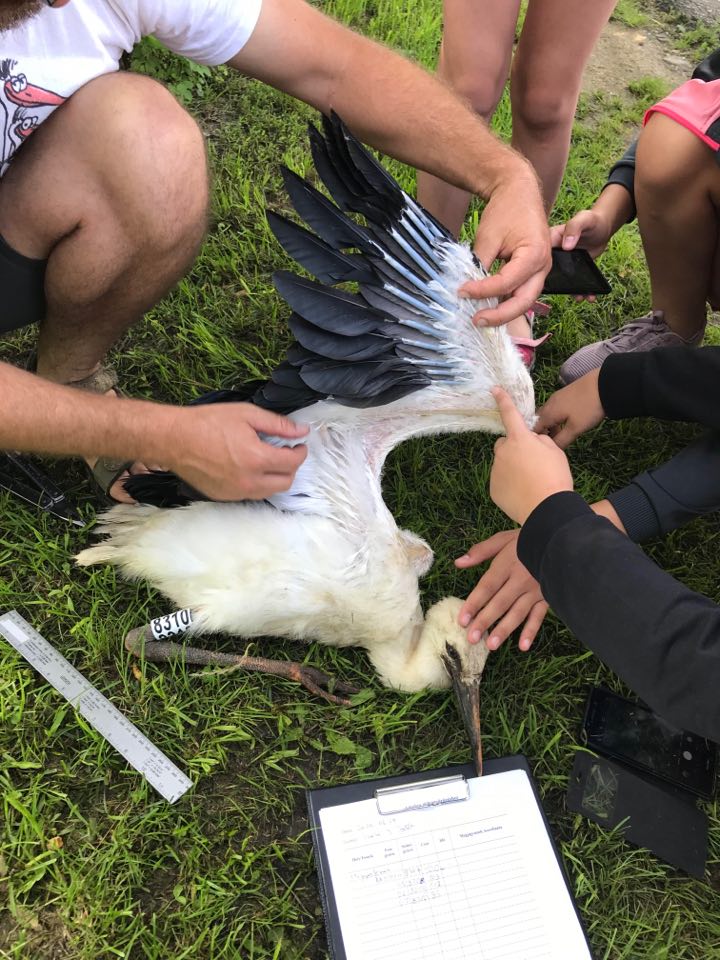 It is common to take measurements and examine the conditions of molting, subcutaneous fat, age and sex during capture for ringing. (Photo by Blanka Székely)

Recently the staff of the Milvus Group – Bird and Nature Protection Association took a photo at the border of Beszterce-Naszód/Bistrița-Năsăud and Maros/Mureș counties (near the pond close to Budurló/Budurleni) of a stork ringed in 2018 that grew up in the Magyarfenes/Vlaha nest. The stork wearing the ring number 7250, together with another 40 storks, was looking for food in the meadow close to the lake. There were another two ringed storks in the group. The ring of one of them was not readable, and it turned out that the other one had been ringed in Homoródszentpálon/Sânpaul also in 2018. The stork with the number 7250 was the very bird that had been brought down from the nest during the 2018 ringing. The young storks usually come back to the region, where they hatched only three years earlier, when they are fertile. Until now, it was presumed that they stay in Africa, where they wander about in flocks. But in recent years, due to their colored rings, ornithologists of Transylvania have heard about stork-spottings of two- or even one-year-old storks in Romania.