Romanian President Klaus Iohannis has increased its lead as the country’s most trusted politician, HotNews reports.

Former Social Democrat Prime Minister Victor Ponta climbed to third position, taking over another former Prime Minister, Călin Popescu-Tăriceanu who is currently the President of the Senate. Hunor Kelemen, President of the Democratic Alliance of Hungarians in Romania (RMDSZ) stood at 7.6%, having had gained three percentage points since the last poll. 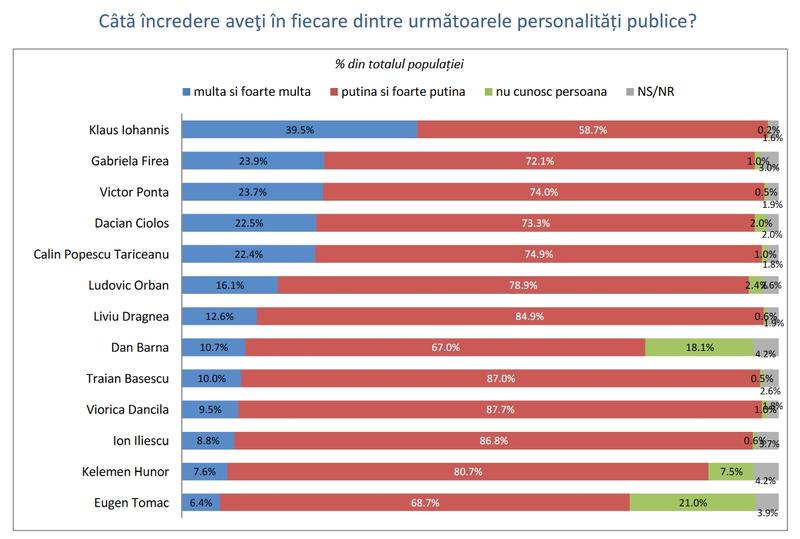