Lakes from Szeklerland, as you’ve never seen them before

The Szeklerland, or Székely Land, is home to several amazing lakes. But the two most amazing are undoubtedly Saint Anna Lake, formed in a volcanic crater, and Red Lake, known as Gyilkos-tó (Killer Lake) in Hungarian and which conceals a preserved underwater forest.

Recently, a team led by Dr. Péter Hantz, a biophysicist and research diver, photographed the depths of these lakes and also collected a mud sample to be further analyzed. In an article provided by the team (Erika Rigó, Emőke Szabó-Schuller, Zoltán Albert, Levente –Elek Dósa, Zoltán Angi, Szilárd Barabás, Géza Rajka, Ildikó Miklóssy, and Peter Hantz), the history of the lakes and the legends associated with them were presented as well. The article was translated and edited by our colleague, Orsi Sarány.*

Interesting natural phenomena are rarely left unexplored. And when there are no rational explanations for an odd occurrence in nature, folklore and legends fill the gaps. Red Lake and Saint Anna Lake have several such “elucidations” in Szeklerland.

The legends surrounding these two lakes are very dramatic and diverse, but one story surrounding Red Lake definitely stands out. According to it, Red Lake’s origin is related to a local bandit’s punishment. The bandit–often mentioned as an arrogant lord–had kidnapped a young woman who had been loyal to her lover and refused the bandit’s attempts to buy her love with treasures. After being rejected by the girl, named Eszter Fazakas or Anikó Ferencz, the bandit became violent, so the girl prayed to the mountains for help. The mountains heard the girl’s prayers, and a cliff collapsed into the abyss, burying everything beneath. According to some versions of the legend, the landslide buried a flock of sheep, whose blood colored the water red (as the lake often appears red). Other versions, however, claim that the green-blue shade of the lake reflects the eye color of the girl, who comes back every night longing for her lover.

The legend of the origin of Saint Anna Lake has several versions, but none of them has a happy ending. The story goes that at the location of the present lake stood a castle, similar to one on the top of Bálványos mountain. The two castles belonged to two brothers who were always competing with each other. One day, the brother from Bálványos purchased a beautiful, fancy six-horse carriage, so the other brother, out of envy, wished for something even more fabulous.

According to the legend, this brother gathered twelve beautiful, virgin girls and put them in front of his carriage to serve as horses. The terrain being rocky and the carriage heavy, the girls could not even move the load, so the brother started to whip them. The most beautiful of the twelve virgins, Anna, cursed the brother in her exasperation. The castle then collapsed, and in its place a beautiful lake was formed. The girls turned into swans and swam back to shore, where they became girls once again. Some versions claim that Anna was often spotted as a swan swimming in the lake, while others say that she built a chapel on the lake’s shore to pray. As to this brother, he was turned into a dragon and died upon being sucked into a whirlpool in the middle of the lake.

The reality is that Red Lake was formed between 1837 and 1838 due to heavy rains, earthquakes, and landslides. Debris from the Gyilkos-mountains blocked the bed of the Vereskő stream near the Békási-szoros (Bicaz Gorge) in the Eastern Carpathians. The resulting dam led to an accumulation of water, more than ten meters deep, that flooded the pine forest of the valley. But the submerged tree trunks have been preserved in wonderful detail. The lake that formed was called Red Lake because of the iron oxides that flow into it from the Vereskő stream, turning its water red.

As to Saint Anna Lake, it is the most intact volcanic cater lake in southeastern Europe fed solely by rainwater. Whilst the most recent crater of the Csomád (Ciomatu) Mountains that erupted 30,000 years ago is filled by a lake, its twin crater is covered by the Mohos peat bog, which over time filled up a former lake. A similar but much larger peat bog is located on the outskirts of Csíkszentkirály (Sâncrăieni). This bog was formed by the filling of a collapsed caldera (a recess formed by a violent eruption and implosion of a volcano). Due to the past volcanic activity in the area, Szeklerland is rich in mineral water and mofetta (CO2 exhalations).

Similar crater lakes can be found in the USA, Africa, Japan, and the Azores Islands, but the closest one is in Italy. The number of natural dam lakes around the world is far lower. As to preserved forests, similar to the one in Red Lake, none can be found in any of them.

The future of the lakes

Several researchers, ecologists, geologists, and limnologists are interested in the lakes of Szeklerland. Dr. István Máthé, from Sapientia Hungarian University of Transylvania, and Felföldi Tamás, from Eötvös Lóránt University, analyzed the bacterial composition of Saint Anna Lake. Together they found and described a new branch of bacteria.

Dr. Enikő Magyari (Eötvös Lóránt University) analyzed the volcanic rocks beneath the sludge layer at the bottom of Saint Anna Lake and was able to reconstruct its history using various research methods.

“At the place of the lake, the last volcanic eruption was 30,000 years ago, and only 3,000 years later the first crater lake was formed, which disappeared about 10,000 years ago. As the water level started to decrease, and peat moss took over the lake’s place. This was due to the more continental climate of the early Holocene period, with warmer summers, higher evaporation levels, and less summer rain. The water level of the lake had also been reduced by a spruce forest on the crater side and a deciduous forest on the edge of the crater, the leaves of which took up most of the rain or evaporated it back into the atmosphere. About 5,500 years ago, the water level began to rise again, and the second lake era started,” Dr. Enikő Magyari said.

The researcher underlined that the lake was at its deepest 2,800-3,000 years ago, reaching 12-13 meters. Since then, the water level has been decreasing, while the sludge layer at the bottom has grown. The planktonic eutrophication (multiplication of planktons that causes water to become green), started just 15 years ago and been mainly due to human impact. The researcher believes that climate change has also played a role in these changes. 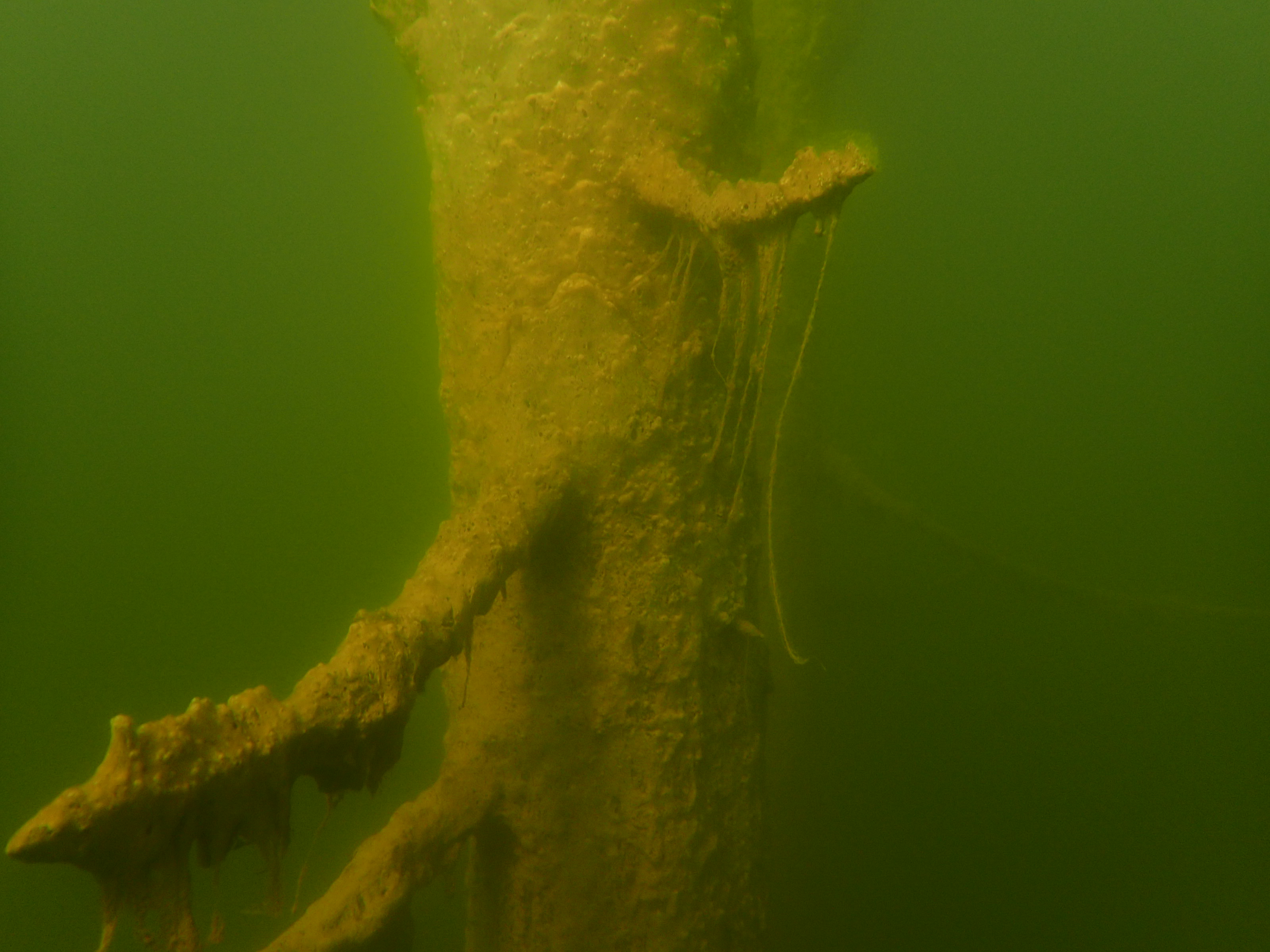 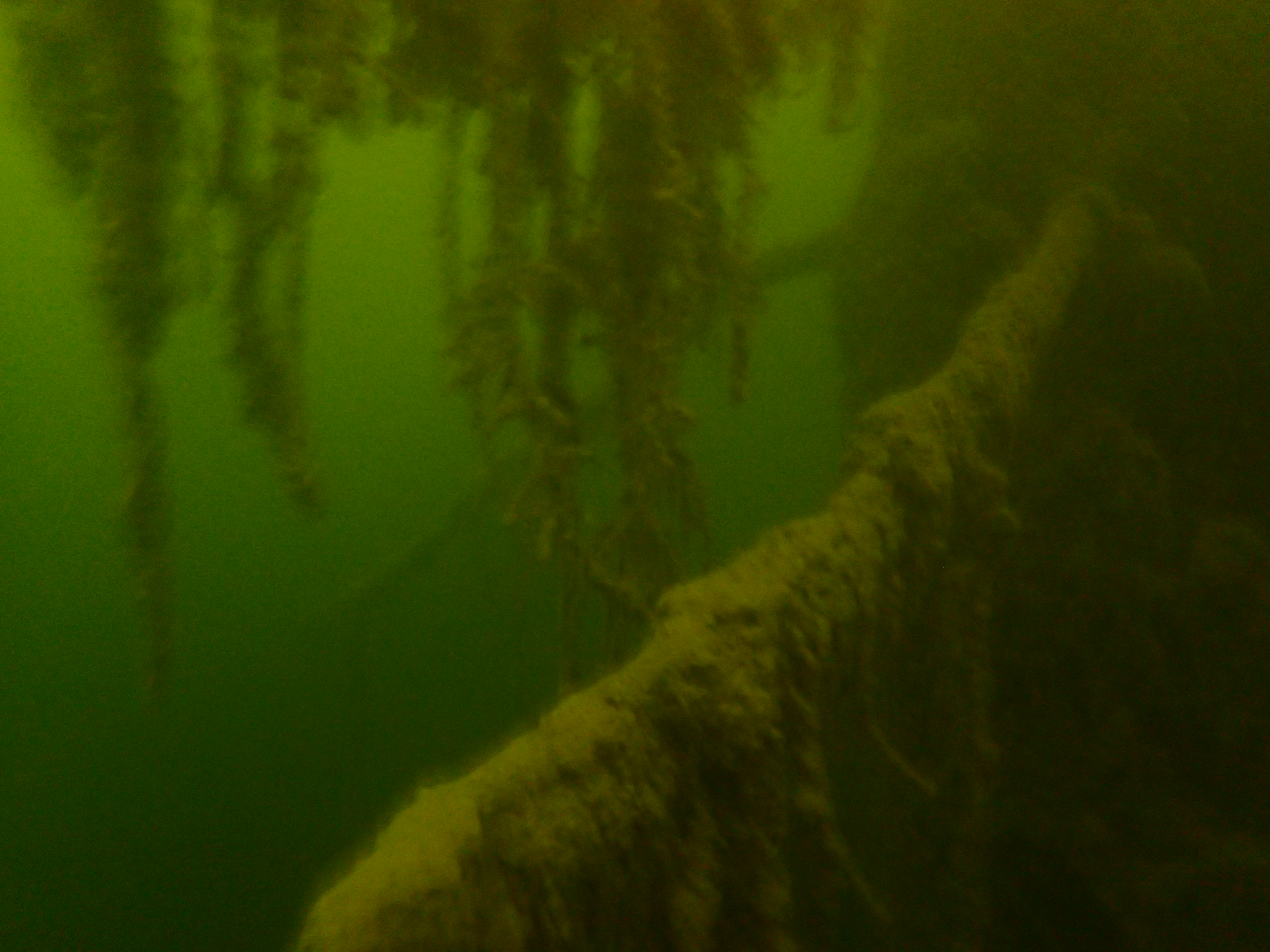 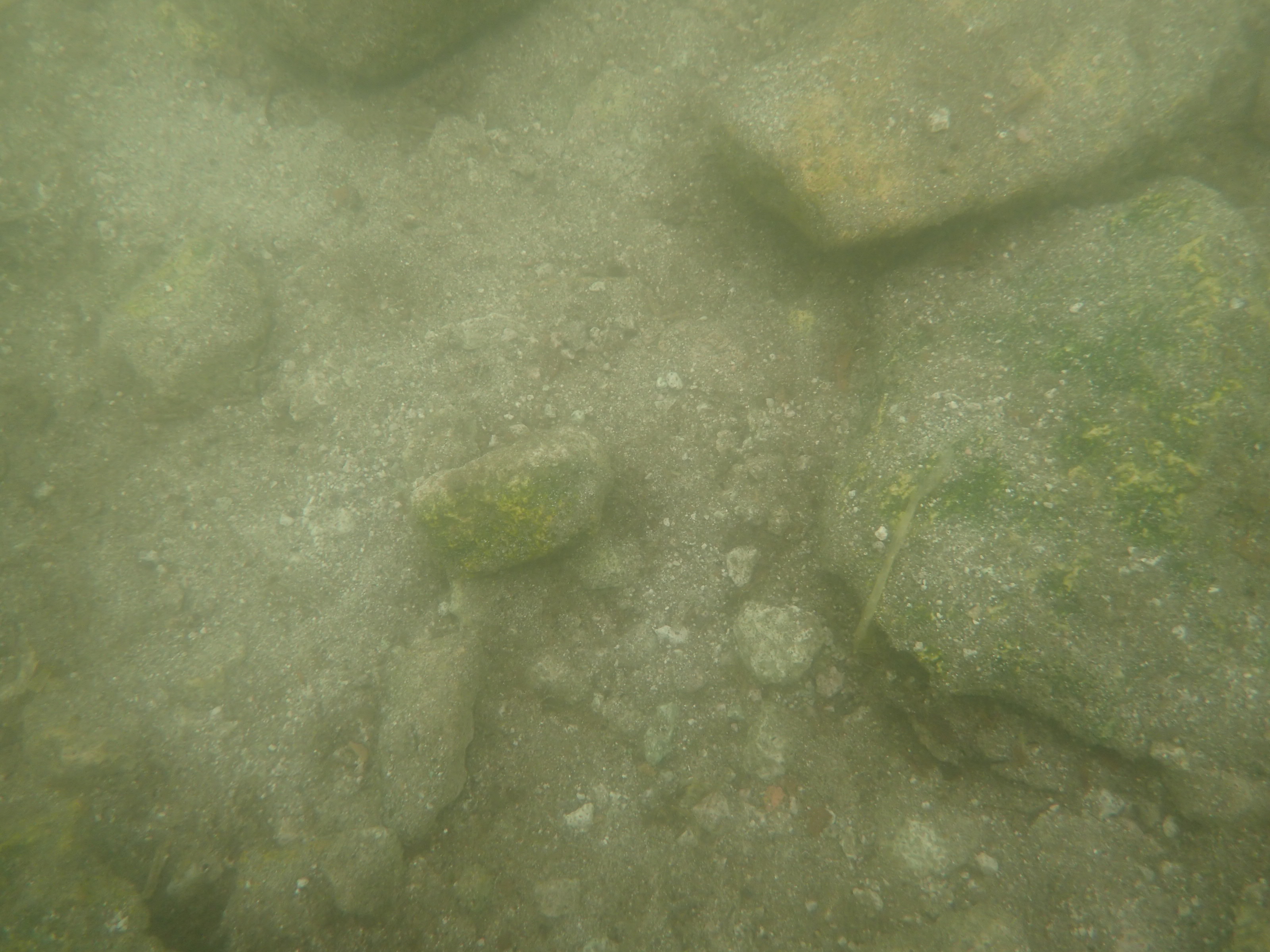 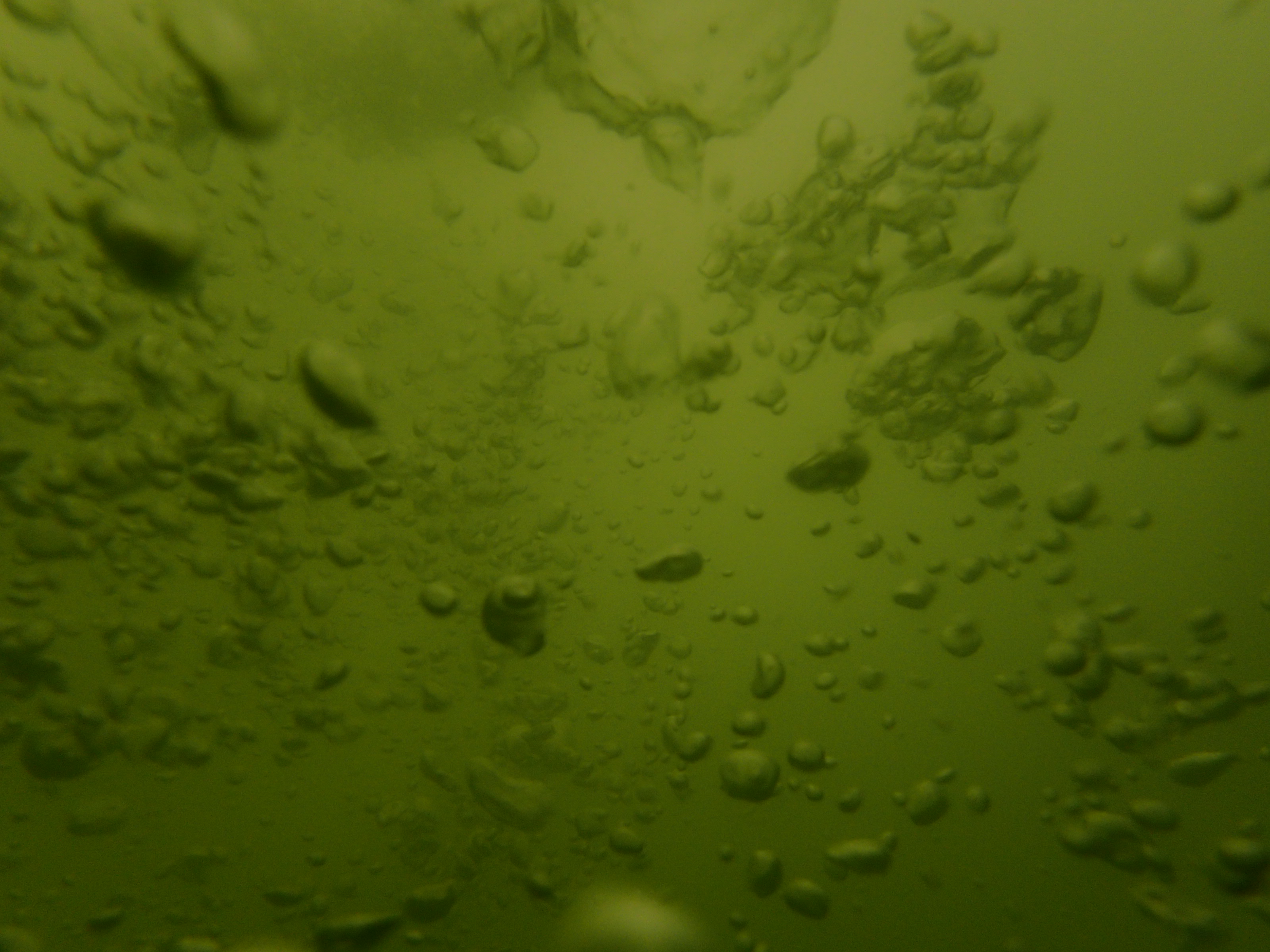 The authors would like to thank the interviewed scientists, professors Eörs Szathmáry, Károly Máriligeti, László Nyitrai and András Málnási Csizmadia for their contribution, the mountain gendarmerie of Harghita county, and the aerial photographers for their help.

Elek-Levente Dósa: “The goal is to restore the balance at Lake Saint Anna”