Kata Tisza, a noble with a sense of responsibility

Born in Marosvásárhely/Târgu Mureș, Transylvania, Kata Tisza moved to Budapest when she was 18 to begin her university studies. Later, as an English teacher, she received “the most cheerful teacher” award from her students, a distinction she is very proud of to this day. Kata gave birth to her first child in Thailand, where she was living to get away from intense media attention due to both her writing and her position as a descendant of an old Hungarian noble family, the Tiszas. After taking some time off from writing, she returned with a strong voice to help address an issue that sadly affects a greater number of people than we care to admit: psychological violence in intimate partnerships and its social implications. 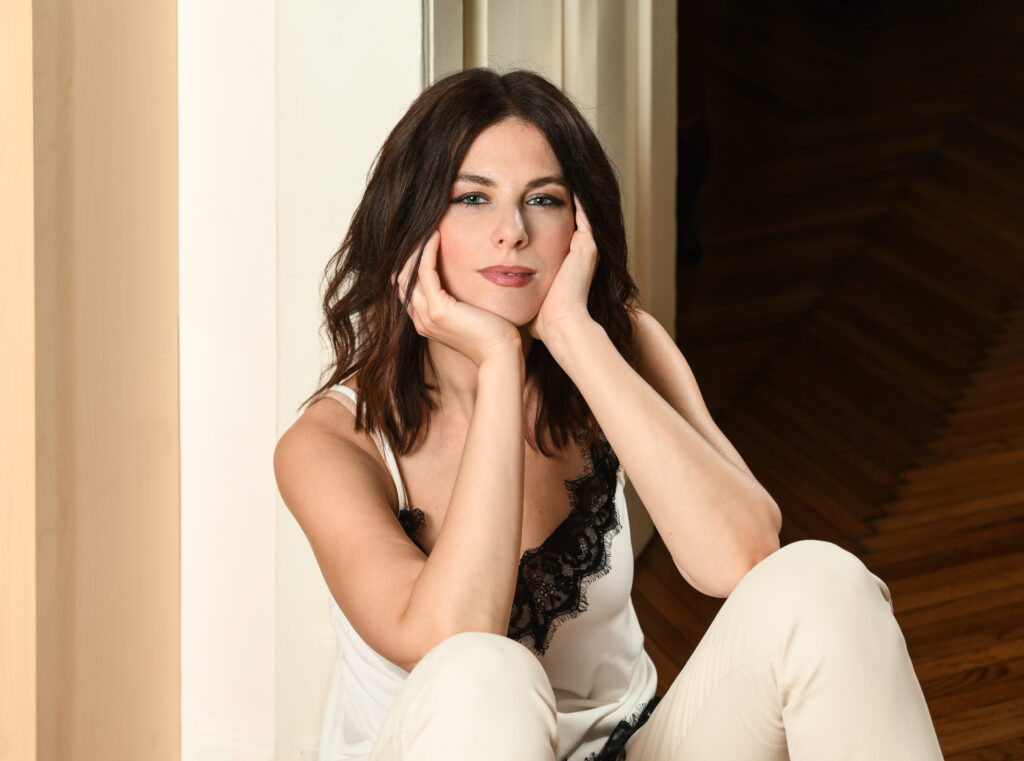 As a writer, Kata combines her master’s degree and Ph.D. studies in Intercultural Psychology with her experience as a qualified coach. Her writings, which dive deep into the human soul, now serve as a guide for many Hungarian psychologists.

BSZ: Your latest book, Kékre szeretni/Love Turned Blue, is so emotionally draining that I had to put it down at times to reflect on your thoughts. The book is the last in a series on various forms of violence within a relationship. When a relationship involves psychological violence, many people simply don’t see it as abnormal, so it goes from being a personal problem to a public health issue.

KT: The fact that you had to put it down at times while reading is simply because of the therapeutic effect of the text, as it is constructed in a way to work on both your emotions and cognitive reception through the alternation of literary and interpretative passages. This creates a self-reflective inner dialogue similar to a therapeutic process, and when it reaches hidden points or traumatic memories, there is always a need to take a break in order to let your feelings meet your understanding. This genre is called bibliotherapy, and my series treats the topics of mourning, divorce, trauma-processing, abortion, emotional abuse, attachment disorder, family and social patterns. As most emotional abuse is unfortunately present in many levels of society, it is often perceived as normal, and there is a high need to define this notion and make people aware of it and realize that there is always another choice to live a life that respects human dignity.

BSZ: Why do some people end up in dysfunctional relationships over and over again, and why do they stay in them? We all know that one main reason for this is financial dependence, especially when children are involved. Financial dependence always limits the freedom of choice. But there is more to it than that.

KT: This is an extremely complex issue, and financial dependence is just one slice of it. There are also other issues that could concern the field of criminal law, yet in Hungary, society and the courts are not at all sensitive enough to manage the problem properly. In several cases, abusive partners threaten and blackmail you if you opt for a divorce, and children will become the objects of their revenge, which is a highly sensitive question… These are mainly structural barriers, but there are also emotional ones, such as traumatic bonding. This usually has its roots in the past, in one’s childhood, when the person was emotionally or physically or sexually abused by one or both parents, a pattern that will be compulsively repeated, driven by the urge to be healed. But healing certainly cannot happen in the very same relationship framework, and it takes a long time until someone realizes this fact and breaks the patterns of the past.

BSZ: Then there are games and manipulation. How does one recognize when a relationship is all about playing games? What are the points of reference that can help people recognize this?

KT: If you find yourself isolated by friends and family. If you are constantly blamed for anything. If there is permanent control, jealousy and sanctions. If you don’t feel the power to go out even to the bathroom without permission. If there is no place for your feelings, wishes, opinions, as you are immediately criticized and labeled. You are scared and humiliated and emptied and exhausted. You have to apologize all the time for things you haven’t done or don’t even understand. The whole system is unequal, regarding rights and responsibilities, and you will show several psychosomatic symptoms. In general, we can say that the victim of such a relationship shows signs of co-dependency, which means that the basic focus will be on the partner’s mood and retaliatory actions. 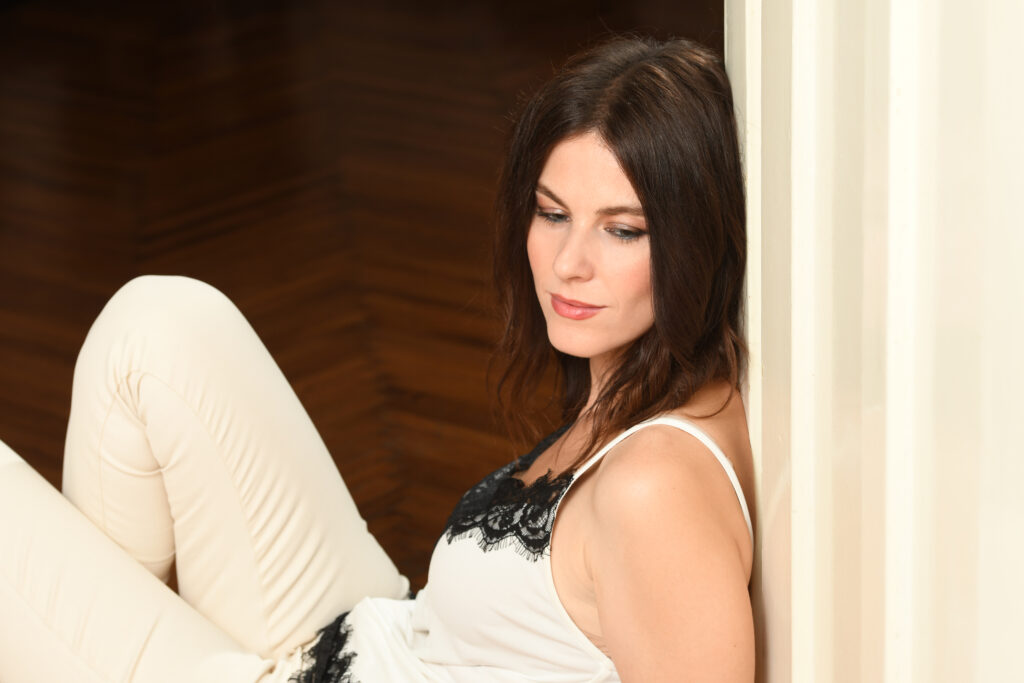 BSZ: As a coach, you often have clients that recognize themselves in your books as being the “bad character,” the one wounding the other person. These must be cases that offer great professional satisfaction, a feeling that your ideas reached the right people.

KT: Most commonly, it is the victims who admit that they need help, as they find themselves in a highly endangered position, and in these cases, I usually work with them at two levels of experience: the present and the past, as these two are strongly related, and the present can be rarely changed without understanding the power of the past that determines it. The methodology of coaching combined with my theoretical research on life span can offer a strong strategy for coping with crisis. Of course, sometimes there are also cases when the abusive partner realizes his/her own responsibility in the toxic dynamics of the relationship and wants change; this recognition itself is a huge progression. However, I cannot help everyone, and this is also very important for a helper to know and understand: Sometimes coaching is not enough, and there is a strong need for psychotherapy when the breakdown is much deeper. Yet, getting to the point where one recognizes he or she needs help and that there is always another option is a first step towards healing, and it makes me very happy if it is initiated by my books.

BSZ: What is your technique for writing? Your texts are dense and instinctive, which, I imagine, requires a highly intense state of mind while writing.

KT: This genre keeps pulsing between literature and science, which means that it is not strictly a story and not strictly analysis, but it is both, which requires a constant balance between the two — the right proportions and intense feelings and a sober presence, all at the same time. Listening to hardcore stories every day makes you feel really dense, and writing acts is a release for me. It creates a door, where I can let these feelings go, but I also structure and define them in a professional framework, where everything becomes grounded at the end of the day, offering a higher state of mind than before.

BSZ: Love Turned Blue also offers a way out, a light at the end of the tunnel for people involved in violent relationships.

KT: I do not like to present violence in itself; I prefer presenting it in an arc of progression, from its beginning through its peaks till its end. It is very important for me and also a very natural inner desire to find a way out. The message is that there is always a choice. I wanted to show the path of another choice, that of healing.

BSZ: There are not many rules you follow in general, but I know one that you are a devotee of: noblesse oblige, the unwritten obligation of those with a noble rank to be honorable and responsible.

KT: This is not my rule, but it is a saying my father continuously repeats, that I should never forget that I have to be worthy of the name. This also means that in a sense, I did not directly follow the conception of the family but have built my own conception of nobility that is not derived from a name but rather a system of actions and principles I find authentic regarding my own personal and professional identity. If I had to name a motto I could truly follow as a direct heritage from my family, that would be a word on the Tisza armor, “Persevero,” which means perseverance in Latin. To me, this means being true to myself and the principles I believe in: freedom, equity and human dignity. 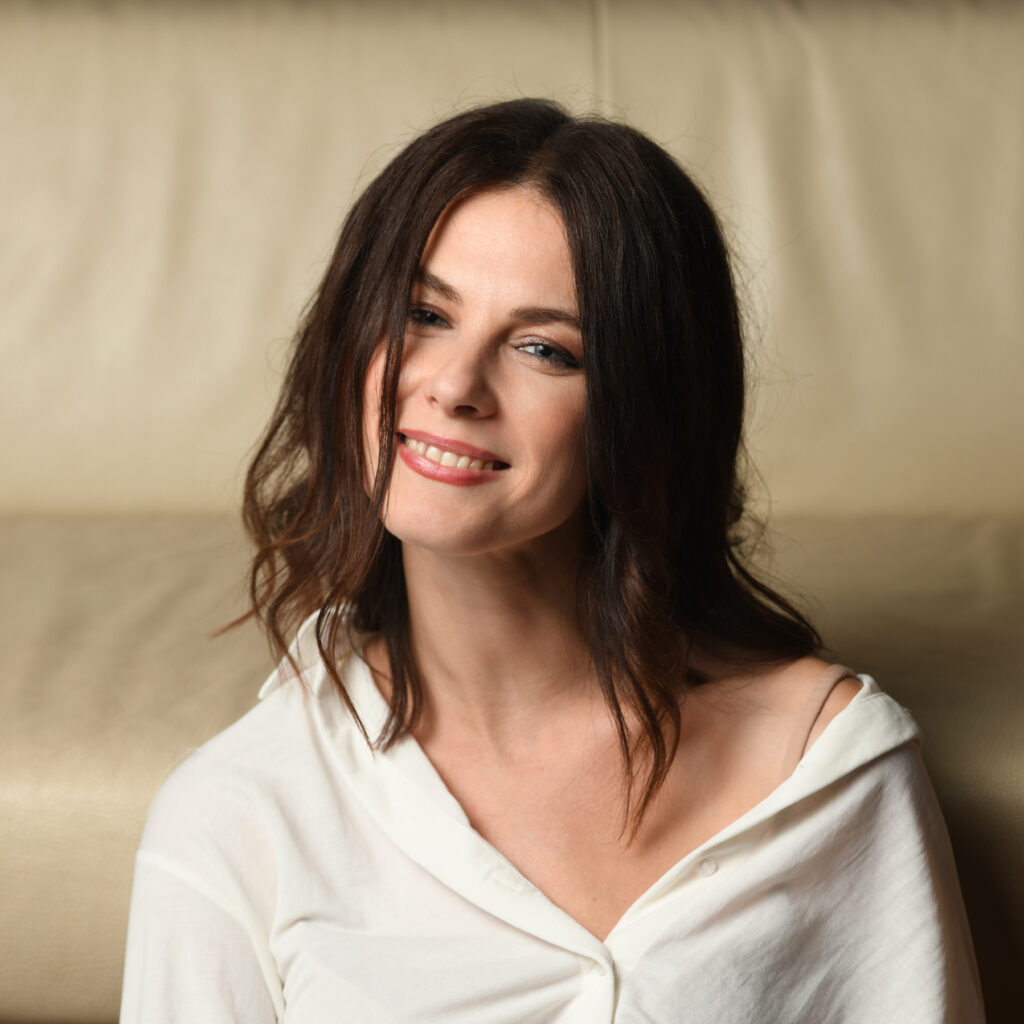 BSZ: Even if you’ve been a resident of Budapest for the last two decades, you’ll always be a person who is also fluent in Romanian and knows exactly what it means to be a member of the largest national minority in Romania: How do you think of your homeland? What did being brought up in Transylvania add to your personality?

KT: Being born and raised in marginalization remains a lifelong perspective to me, which means that I can identify with any minority in any context, as the mechanisms of marginalization are very similar, regardless of the specific minority. It offers a strong toolset I can use for considering and empathizing in my daily work as a helper, and it also offers a broader understanding of social contexts and personal identity development, which is a very important basis in my work as a writer. Being a Transylvanian will always mean to me that one is a fighter and a survivor.

BSZ: What is your next project? Another issue that you are passionately involved in is ageism.

KT: The topic of age, ageing and ageism has been a focus for me for the last decade; I also did my master’s thesis on it, and it was my doctoral research topic. And, of course, the aged can be regarded as a deeply marginalized category in Hungary, and if we talk about aging women, the marginalization is double. I am interested in the discrimination society puts on the aged and also how this affects the inner process of aging and what the possible coping methods are. I also search for different dimensions of time and how we can live to a sensible old age with dignity in a hostile society, how we can confirm our identity and find real connections and content in the time we have left.