Erika Benkő, Director of the Mikó Imre Minority Rights Legal Services Assistance, talks about the minimum rights and standards that minorities should be guaranteed by law, as well as the importance of the Minority Safepack, and answers questions surrounding Szekler autonomy.

As an MP in the Romanian Parliament, you were a member of the Committee on Equality and Non-Discrimination but you were also Vice-Chairperson of the European Affairs Committee. What did you want to achieve in those roles and what did you manage to achieve during this time?

Both committees were very active; I wanted to be the voice of my community in the Romanian Parliament, and these Committees seemed to be the right channels for that. Every issue that is connected to minorities goes to the Human and Minority Rights Committee, so I obviously wanted to be present there.

We had a full agenda, we had a lot of initiatives related to Hungarian minority issues. I have seen my membership on these Committees as an opportunity to deconstruct some historical misunderstandings, myths and urban legends connected to the Hungarian minority.

My approach was always very technical. I always tried to present my argument without any nationalistic rhetoric. I believe that we can achieve some political consensus if we talk about facts and not emotions.

I had the chance to argue about Szekler autonomy twice during my time in the Romanian Parliament. I was very pleased when some colleagues came to me and admitted that they now understand Szekler autonomy. My goal was always to deconstruct the fears and the misunderstandings that often block these ideas.

There are huge differences when it comes to the minorities in European countries. On the one hand, we have the South Tyrol model, which means that national minorities have full political and cultural autonomy; it is at the top of what you can achieve as a minority group.

On the other hand, in other countries, for example in Romania where we have the largest linguistic minority community in Europe, we don’t have any chance of achieving our political goals in the near future. The reason behind this is quite simple:

Romania does not recognize collective rights.

I believe that we would need certain standards to balance out the differences when it comes to the minorities in European countries.

In my view, the European Union has a clear goal to reach certain standards throughout Europe; I believe, however, that it should apply this to minorities as well.

In this regard, the Minority Safepack was very important, and it was supported by all the minority groups in Europe regardless of their positions. We’re not talking about a small group but approximately 50 million citizens of the Union.

Even If I know how the European Commission works, the rejection was quite a disappointment.

I believe that the European Union should pay attention to all voices, and if there is a need for standardization of the needs of certain groups, well, I think they should listen. The minorities should have minimum rights and standards, such as cultural autonomy, to be able to make decisions about cultural aspects. However, the minority communities are very different in Europe, and every community voices their needs and wishes in their own way.

the animosity toward the Hungarian minority is great and we have a lot of cases in that regard. The anti-Hungarian sentiment is a great card to play to gain political benefits and is generally present.

The Hungarian minority in Romania has a very clear vision of the future. If we talk about human and minority rights, we can state that the problem is not in the EU but back in the mother country because it is a national competency.

It is the current status quo that nobody is entitled to tell a nation-state how to conduct its attitude toward national minorities. Even if the situation of the Hungarian community is not affected by the rejection of the Minority Safepack, it would have been a great “starter pack” to conduct a better dialog with the mother country.

I think that RMDSZ [ed. note: Hungarian acronym for the Democratic Alliance of Hungarians in Romania] and RMDSZ allies will not give up on the Minority Safepack. We should take a good look at which forums we should address, but until there is the opportunity to bring change, we are not going to give up on it.

Due to the decision of the European Commission, are there any realistic expectations for Szekler autonomy? Why would Szekler autonomy be important and what would be the key elements and goals of it?

Szekler autonomy is a very different issue. Looking at the Romanian political landscape, I don’t think we can talk about Szekler autonomy in the near future. It is obvious that the current leadership doesn’t actively support this idea. We are in the government right now, but if the leadership would start actively supporting the idea of autonomy, the government would fall immediately; it would lead to political chaos, and this is not in anyone’s interest.

The people who keep the agenda on the table talk about it, but they do not have the capacity or the power to do anything about it. At the moment, it is nothing more than political rhetoric to keep the political attention of a more radical group of the Hungarian minority.

Because of this, unfortunately, autonomy is associated with radical rhetoric that did not help the cause at all. It is my firm conviction that very structured and technical rhetoric would be needed to achieve any results.

we should acknowledge that there are many political attacks against the Hungarian community every day.

Every single time there is a new government or president, we have to go back and fight to ensure that the existing minority rights are not touched. It ties down the political energy of the community and representatives. Why do we always need to fight to protect schools or certain institutions? We don’t have the energy to create good public policy or be politically innovative if we always have to defend something. 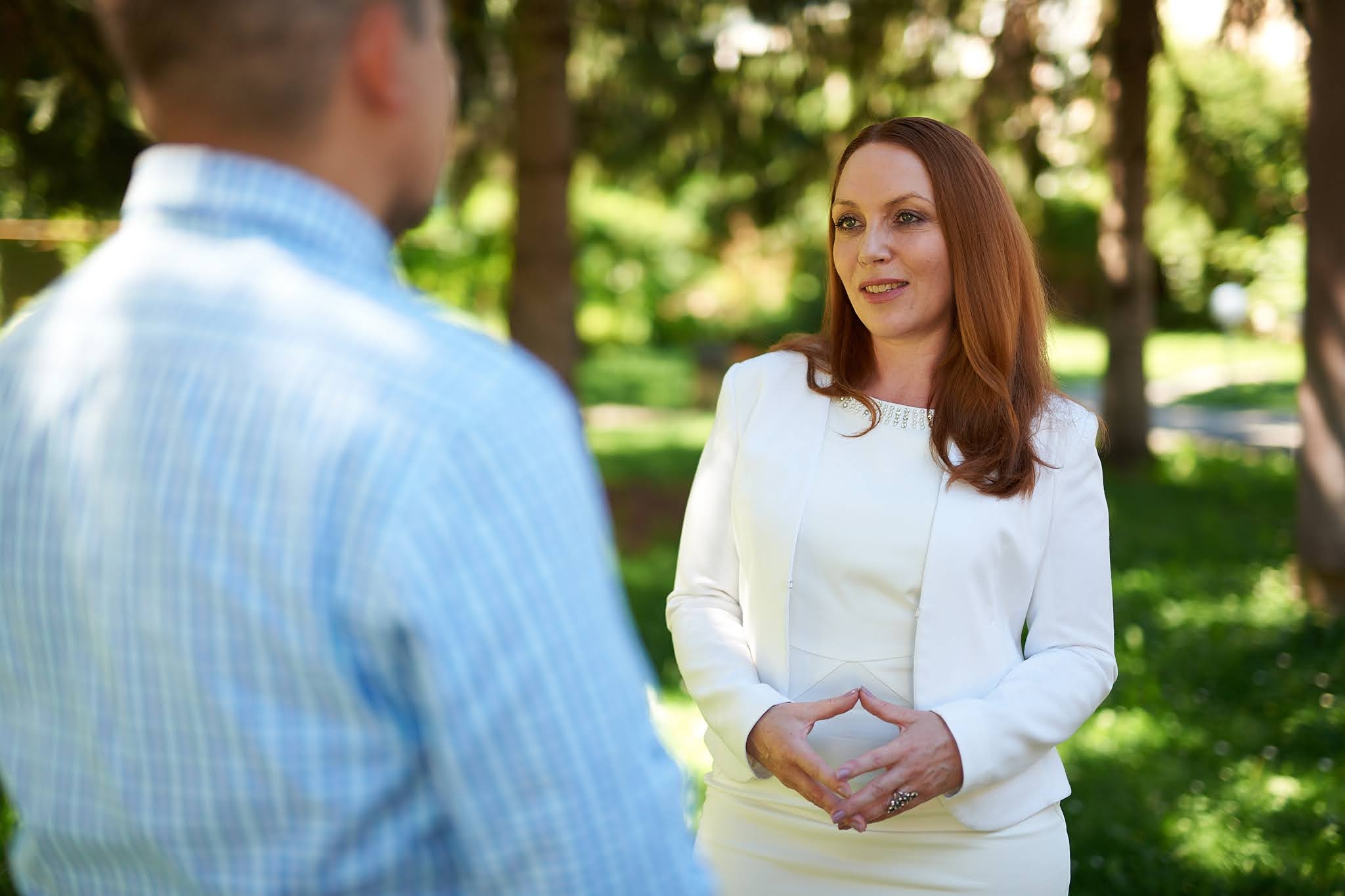 I guess the reason why the Romanian state is not willing to take such a step goes back to the complicated history and insecurity. But it is our job to deconstruct those fears and try to present an alternative.

Are there any organizations and forums that are dealing with the problems of Hungarian minorities living in Romania, both at the European and international levels?

I was a substitute member of the Parliamentary Assembly of the Council of Europe, which is an international organization that deals with human and minority rights. It is basically a place that helps to create a dialog between parties that are hostile toward each other. It has 47 member states and is much bigger than the EU. The dialogues there are more interesting and richer. I was also a member and vice-chair of the Committee on Equality and Non-Discrimination, which was a wonderful opportunity to present the issues faced by the Hungarian community living in Romania.

I always believed that it is important to take our issues to an international level to deconstruct the nationalist and unrealistic agenda toward the Hungarian minority that Romanian politicians are successfully promoting abroad.

I also dislike the fact that Romanian diplomacy creates a false image that Romania is a “model state” when it comes to solving the problems of the minorities, but no, we don’t feel this way. The state absolutely fails to solve a lot of problems, and it is actively engaged in trying to linguistically and culturally assimilate minority communities.

International forums give me a chance to present cases that are actually happening in domestic politics, for example, banning the flying of the Hungarian flag, which is unacceptable; problems in minority language education; or political attacks toward the community. However, it is important to not just summarize all the problems but present recommendations, alternatives and solutions as well.

Who are the parties and/or individual politicians who have so far proven to be the most reliable partners for RMDSZ?

We have 6 percent in the Romanian Parliament, and it is not nearly enough to achieve great things for the Hungarian minority. We have to find alliances, but the alliances always depend on the political context.

For example, President Iohannis said a lot of terrible things, such as that RMDSZ wants to steal Transylvania, and used the Hungarian language in a very derogatory manner on prime time television, and we are now in a coalition with the liberals. In politics, you have to find partners, but you need to keep in mind that “today’s friends could be tomorrow’s enemies.”

Why is it important to hear and address these issues at the international level?

The Romanian state is highly sensitive to international opinion, especially the opinion coming from the United States or leading EU countries. It is very important to the Romanian government to be seen as a fair partner that respects human and minority rights.

Unfortunately, our case is not well known at the international level despite our best efforts.

We at Mikó Imre Minority Rights Legal Services Assistance have an English report that we print each year. Even if we distribute it to many different organizations, when foreigners come here, they are always surprised that Hungarians are living here. It is not as obvious as the situation of the Catalans in Spain or the Scots living in Britain, just to mention two very well known groups.