Due to a number of incoming contributions from our readers, we are now establishing a new category: that of Guest Posts. As a general rule, the author of a guest post will be listed by name, but in some exceptional cases, the author’s name may be withheld upon request. However, all submissions will be screened to make sure that there is a genuine person behind every one. Note that these articles do not necessarily represent the views of TransylvaniaNOW’s editorial team.

Last week, Romania’s former chief prosecutor, Laura-Codruta Kövesi, was nominated as the preferred candidate of the Committee of Permanent Representatives in the EU (COREPER) to become the head of the new EU Public Prosecutor’s Office. This took place after several months of political negotiations. Kövesi won the support of 17 of the 22 EPPO member states, and Parliament and Council negotiators agreed this week to formally appoint Kövesi to the post.

Back in 2006, at the age of 33, Kövesi was appointed as the General Prosecutor in Romania. She was the first female and the youngest person ever to hold the position. Her appointment came after intense political negotiations between the leading Romanian parties at the time. She held the office for two full mandates, the only general prosecutor ever to do so.

From 2013 to 2018, Kövesi then served as Chief Prosecutor of Romania‘s National Anticorruption Directorate (Direcția Națională Anticorupție–DNA), an institution that boasted the highest public confidence in Romania during the first two years of Kövesi’s mandate, reaching 63 percent in March 2015. However, confidence then slumped to 25 percent by May 2018, shortly before she was fired by order of the Minister of Justice.

The real story behind Kövesi’s “success” in fighting Romanian corruption

The “fearsome reputation” that Kövesi built as the head of the DNA made the EU focus exclusively on her slew of successful convictions. However, the EU chose to ignore the troubling signs of Kövesi’s infringements on the rule of law.

Indeed, during its first decade, the DNA had an increasingly successful period. In 2015, according to its public reports, the agency listed a 90% conviction rate, including a former prime minister, five Cabinet ministers, 16 members of Romania’s Chamber of Deputies, five senators, 97 mayors or deputy mayors, 15 presidents or vice presidents of county councils, and 32 directors of state-owned companies. Nevertheless, most of these final convictions were based on criminal investigations performed by the DNA before the Kövesi-era.

The situation completely changed from 2017 to 2019. During this time, an astronomical number of trials based on indictments during the time that Kövesi led the DNA ended up in acquittals. Thus, among hundreds of public personalities who had been removed from office, arrested, and shown in handcuffs before the media, numerous ended up being found not guilty of the crimes that they had been accused of. The list of names of such parties is impressive: the Constitutional Court’s Judge Toni Grebla; Prime Minister Victor Ponta; President of the Senate Calin Popescu Tariceanu; Prosecutor General of Romania Tiberiu Nitu; former Vice-Chairman of the Superior Council of Magistracy Prosecutor George Balan; Head of the Financial Supervisory Authority Dan Radu Rusanu; son-in-law of President Basescu, Radu Pricop; MP Mugurel Surupaceanu; Romanian Supreme Court Judges Gabriela Barsan, Iuliana Puşoiu, Corina Corbu, and Anton Pandrea; Minister of Justice Tudor Chiuariu; Minister and Member of EP Ovidiu Silaghi; Mayor of Ramnicu Valcea Mircia Gutau; President of the National Liberal Party Ludovic Orban; Head of National Police Lucian Dinita; Bishop Virgil Bercea; and dozens of other judges, businessmen, police officers, and doctors.

One could try to argue that all of these acquittals happened due to some legislative changes or unconstitutional legal provisions or procedures. But most were in fact decisions based on one very clear reason: “no illegal fact existed.” So, one should ask oneself: Were these real anti-corruption cases or just witch hunts against political adversaries?

As to the relatively high conviction rate between 2010 and 2016, this was a period known as the most controversial era of Romanian justice, influenced by “secret protocols” of several judicial institutions with access to the country’s secret services. It should thus raise questions about the methods used by the DNA to achieve such astounding results. During Kövesi’s last four-year tenure, an enormous number of files were opened by the anti-corruption agency against judges and prosecutors (3,420 investigations involving more than half of them). It is therefore easy to presume a general fear among magistrates of conducting trials based on evidence. This phenomenon was even publicly acknowledged by a couple of their professional associations.

So, were these businessmen really all criminals, or was there simply a desire to frighten anybody in the business of news?

The road is also paved with illegal secret protocols

During 2017-2018, the Romanian public had to face the staggering reality of the existence of several “secret cooperation protocols” between different judicial institutions with the Romanian Intelligence Service (SRI). The first one among these had been signed by Kövesi back in 2009 on behalf of the Public Ministry – Prosecutor’s Office. Based on this protocol, hundreds of joint teams of prosecutors and intelligence officers were created to work on specific corruption files. However, the law does not allow intelligence officers to participate in prosecution activities, and it forbids magistrates from having any kind of collaboration with intelligence services under penalty of being removed from office (Article 7 of Law 303/2004).

Romanians could not ignore the parallels between this and the extremely oppressive secret police of the communist-era, the Securitate. There was even more reason to suspect abuse of power when it was discovered that, according to public reports of SRI in Romania, the custom of interceptions of the general public under the cover of national security concerns had continued unabated. Between 2004 and 2016, the Supreme Court approved more than 26,000 such interceptions. In 2014, this number was almost double the figure in the US, (2,469 in Romania, 1,416 in the US), while Romania’s population is only a fraction of that of the US.

The impact on the credibility of the justice system was huge, especially as the influence of ex-members of the Securitate had still not been stamped out from public life. The participation of former agents, their children, relatives, and business partners in the country’s newly formed intelligence agencies, politics, and the justice system was–and is– part of Romania’s daily reality. The National Council for the Study of Securitate Archives (CNSAS) continues to discover among the archives, periodically submitted to them by the SRI, new evidence that current senior judges and politicians have past links to the Securitate. The most notorious recent cases were those of former Chief Prosecutor Augustin Lazar and former President Basescu.

As for the legality of secret cooperation protocols hallmarked by Kövesi, they were ruled as unconstitutional by Romania’s Constitutional Court. Several Romanian judges and lawyers stressed the problematic implications of the DNA and the SRI working hand in hand. Dana Girbovan, President of the National Union of Judges, remarked that the use of such a protocol “breaches the constitutional and international norms regarding the rule of law, democracy, separation of powers, judicial independence, and the observation of human rights.”

A hero in the fight against corruption? One thing is certain: Kövesi is responsible for Romanians no longer believing in the rule of law. Over the last couple of years, they have sat and watched one media show after another parading the accused in handcuffs, only later to find out that the accused parties had been the victims of false accusations. One notorious case was that of Mayor Antal Árpád, one of the most successful Hungarian mayors in Transylvania, who was held in Bucharest for 24 hours for questioning after a home-and-office perquisition performed at dawn. He was suspended from office and had his personal bank accounts blocked for several months, even though he was never officially charged in the end by prosecutors. All of these cases, which received intense media coverage but later proved illegitimate, continue to undermine public confidence and trust in politicians as well as in the proper functioning of the Romanian judicial system.

So, we can only hope that Ms. Kövesi will perform better as the head of the EPPO and take into consideration the rule of law, fundamental human rights, and the principle of the presumption of innocence. Considering her past record, it would perhaps be most advisable to have some watchdogs around to keep an eye on the European Union’s fundamental values. Otherwise, we might soon face some Orwellian conversations at the EU, such as that of former Romanian Minister of Justice Raluca Pruna, who said: “Human rights are a luxury, we cannot afford them at the moment.” 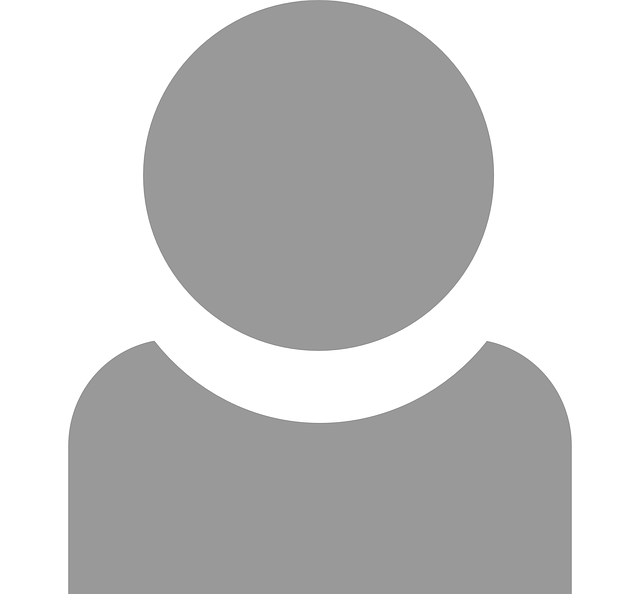 Kövesi stuck in Belgium due to heavy fog in Kolozsvár