Four festivals to attend in Transylvania this week

As the summer began, the festival season also started in Transylvania, and this weekend offers four different festivals for different groups of people. The Vibe, held in Marosvásárhely/Târgu Mureș, awaits the younger generation with a great lineup and summer college, the Double Rise from Torockó/Rimetea awaits people with a balanced lineup of folk and modern music, while the Charitable Biker Meeting and Rock Festival of Szeklerland is a festival for bike-loving families. Also this weekend, Kolozsvár/Cluj-Napoca hosts the Jazz in the Park festival, which we presented earlier.

The Szekler Biker Union (Székely Motoros Összefogás), a union of several biker clubs from Szeklerland, is organizing the seventh Charitable Biker Meeting and Rock Festival of Szeklerland at the thermal bath of Szentegyháza/Vlăhița in Hargita/Harghita County.

Bikers from Szeklerland, Romania, and Hungary gather together every year not only to have fun, meet other bikers, and enjoy the best Hungarian rock bands, but also to help people in need. The union offers part of the festival’s income to charity, helping disadvantaged and vulnerable people. A couple of years ago the bikers helped the Saint Francis Foundation of Deva, a non-profit organization founded by Csaba Böjte, a Franciscan brother. The foundation changed the lives of more than 6000 children in extreme poverty and troubled family backgrounds

The seventh edition of the biker meeting takes place 4–7 July. The festival is not only charitable, but also family friendly, and the organizers suggest bikers bring their children with them. 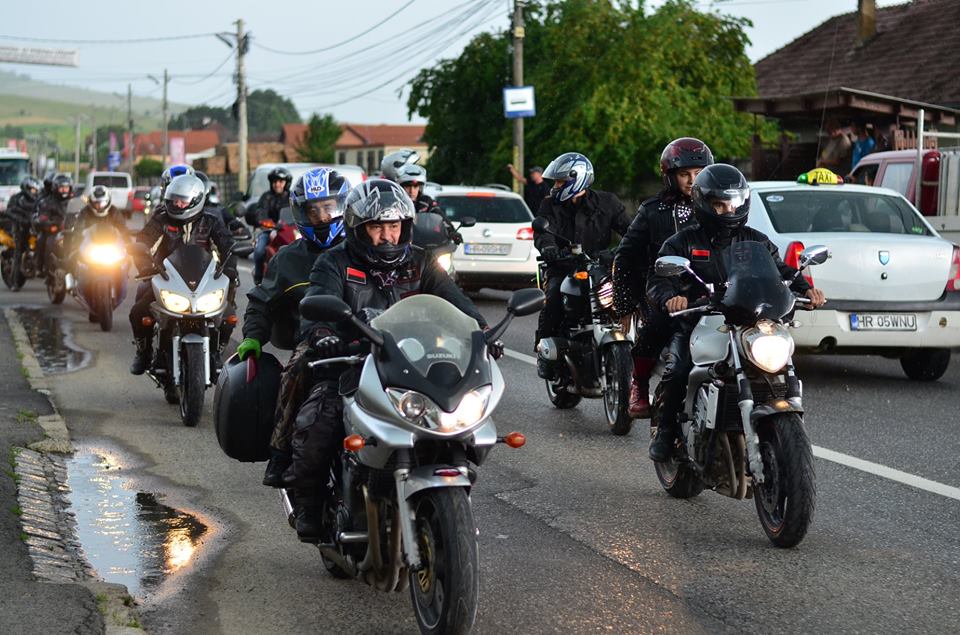 Festival in Torockó/Rimetea, where the sun rises twice

Situated at the foot of Székelykő/Piatra Secuiului, surrounded by stunning mountains, and known for its unique houses and folk costumes, Torockó is one of the most beautiful villages in Transylvania. It was awarded the European Commission’s Europa Nostra Award for the conservation of its varied cultural heritage, for protecting the Latène-age and medieval fortifications, buildings from the seventeenth and the nineteenth centuries.

Its rich culture and beautiful landscape makes the village a perfect location for the Double Rise festival, a contemporary arts festival and home of folk, pop, and even rock music, contemporary literature, fine arts, experijam, arts and crafts movements, and a lot of folk programs, for children and for their parents.

The fifth edition of the festival is being held between 3 and 6 July, and GusGus, Dubioza Kolektiv, Dope DOD, James Marvel, Mc Mota, Asian Dub Foundation, and Erb N Dub are playing with well-known Hungarian and Romanian artists on the stages of the festival.

And if you were wondering what the Double Rise name means, according to legend, the sun rises twice in Torockó.

The little brother of the Hungarian Sziget Festival was organized in Marosvásárhely/Târgu Mureș and, for one year, in Kolozsvár/Cluj-Napoca. The Peninsula Festival was Romania’s biggest music event until it was cancelled in 2013. A few years later, in 2017, a new festival was born at the exact place where Peninsula was held, next to the Maros river and Weekend plage.

Vibe is the festival of young people and brings the biggest names of European, Romanian, and Hungarian music to Marosvásárhely. But Vibe is not only a music festival but also a forum for young people to meet, get inspiration, and learn something new. It is not only about music but also great talks. The Vibe College brings the hottest, most current themes, college teachers, and young talents to the festivalgoers.