Kemény Castle of Marosvécs (Brâncoveneşti, Wetsch) will celebrate the fifth anniversary of its reopening with a colorful array of programs on the 9th of November, reported the Maszol.ro news portal. The estate was restituted to its rightful owners, the descendants of the Kemény family, five years ago. The Auguszta Kemény Cultural Association – founded in 2013 by Géza Nagy Kemény to organize activities that contribute to the castle’s maintenance – has planned many, friendly events for the day. Entrance is free of charge, but donations are welcome as well.

The program starts at 10 o’clock on the 9th of November: There will be lectures, round-table discussions about the castle’s past five years and the work of János Kemény, and books presented on the Kemény family. A press club will discuss Romanian restitution, photo and poster exhibitions will be opened, and movies projected. There will also be guided tours of the castle, folk dancing and horseback-riding presentations, concerts, and quizzes. Children will be invited to watch cartoons inspired by a collection of Szekler legends (the Legendarium), participate in interactive games meant to familiarize them with the castle, enter badminton contests, ride horses, or just amuse themselves with face painting.

The guided tours will begin half past every hour this festive day; the meeting point will be at the main gate. Grownups can enter the badminton contests as well. In addition, organizers say that there will be a goulash-cooking and wood-cutting competition, and a fair will attract guests with several kinds of products.

The two-story castle has a quadrilateral plan and four bastions. It has been reconstructed several times throughout its history, gaining its present-day appearance at the turn of the 19th century. A 13th-century deed mentions the Marosvécs estate for the first time, and since then the property, surrounded by extensive land, has had several owners. It belonged to the powerful Bánffy family of Losonc; their ancestor, Palatine Dénes gained these territories as a royal grant in the early 13th century. In the 16th century, Ferenc Kendi, one of the period’s political leaders of Transylvania, became the owner of the estate after the previous proprietor, Palatine István Werbőczy, pawned it. Kendi had the castle rebuilt in Renaissance style. On the main gate, a quote from Cicero was carved:

Meaning: In the year of the Lord 1537. Constant vigilance. Oh, how happy the city or citadel is, which thinks of war during the time of peace.

After Kendi died, the property rights went to the royal treasury, then were bestowed on new owners; the castle belonged to several Transylvanian princes as well. In 1648, Prince György Rákóczi II gave it to János Kemény and his successors. Since that time, members of the Kemény family have owned the castle, except when it was nationalized in 1948; they recovered the estate just five years ago. The Keménys had reconstructed the castle at the end of the 19th century to the beginning of the 20th century. The suites of family members and other chambers for various functions were located on the first floor. 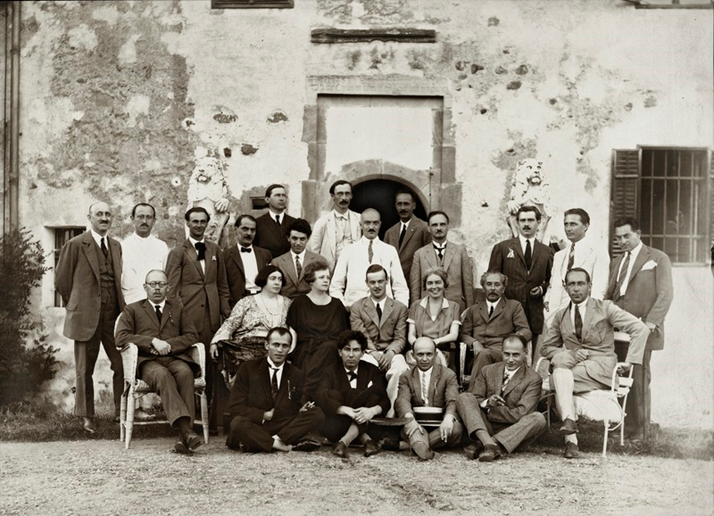 The first Helikon meeting in the castle,1926

Between 1926-1944, Kemény Castle and its gardens became a meeting point for prominent members of the Transylvanian literary world. János Kemény – a writer himself – founded the Erdélyi Helikon, an effervescent and successful society of Transylvanian authors. Some of the ashes of one of the well-known members of this society, novelist Albert Wass, were buried in the castle gardens in 1999.

Title image: The imposing castle was the propriety of the Keménys for the past three centuries, except for the decades during communism.