Most of the European minorities do not get proper information about the COVID-19 pandemic in their mother tongue, a research made between March and June examining 43 national minorities living in 25 European countries has concluded.

The research was initiated by Member of the European Parliament for RMDSZ, (the Democratic Alliance of Hungarians in Romania) and President of The Federal Union of European Nationalities (FUEN), Loránt Vincze. The aim of the research was to figure out whether information about the general pandemic related actions are available in the minorities’ mother-tongues or not, are emergency lines operating in minority languages or not, and to what extent the mother-tongue distance learning is available across Europe. 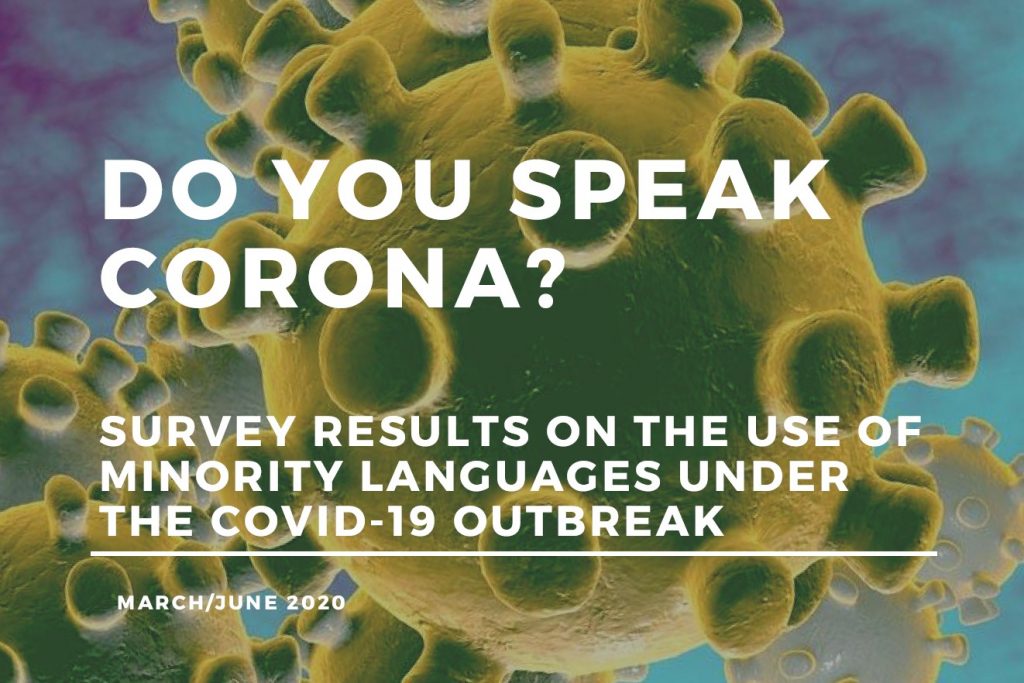 The finalized report was approved by both the Minority Intergroup of the European Parliament and the member organizations of FUEN, and it includes several conclusions and recommendations.

Only 34,9% of the national minorities across Europe get full range information about the pandemic related general actions in their mother tongue,

while 20,9% of them receive these partially, but the rest (44,2%) get no mother-tongue information at all about the COVID-19 situation.

Information in minority languages should be provided by the state

In most cases where mother-tongue information is available it is provided by the state or by the regional authorities, but the role of the minority organizations and minority language media is also significant. This is the situation for example in the case of the Transylvanian Hungarians in Romania, where the Hungarian language minority media and the RMDSZ took on the task of providing mother-tongue information.

According to the report’s recommendation the state should provide to its minority communities the accurate and clear information. In 2/3 of the cases for example even the emergency lines are not available in the mother-tongue of the minorities.

While the education moved online in most countries, only half of the minorities receive this on their mother tongue, further 14% get it partially, while for 23,3% the mother-tongue distance learning is not provided at all.

The initiators of the research are planning to include their results and recommendations into the argumentation of the Minority SafePack European Citizenship Initiative for Minorities. (MTI)