Ten years after the catastrophe at the maternity hospital in Giuleşti, and only five years after the fire in Colectiv, Romania is once again looking for the cause of and those responsible for another tragedy: 11 people died in a fire that destroyed the intensive care unit of the county hospital in Piatra Neamt on Saturday, November 14. The Prosecutor-General’s Office has launched an investigation on suspicion of negligent homicide, taking over the investigation from the Neamţ County Prosecutor’s Office, Hungarian news portal, főtér.ro reports.

Supposedly, the fire – which started around 18:30 – was caused by an overheated infusion syringe pump that began to spark. Due to oxygen nearby, the hospital room caught fire in a matter of seconds and spread to incubated coronavirus patients. Eight patients died, as they were burned completely, and two other patients who were being prepared for transfer were also lost in the fire. The number of casualties grew to 11 on Monday, as another patient died due to severe burns. The cause of the fire will only be known after the investigation is closed, which may take some time, as investigating the crime scene alone may take at least two more days.

According to főtér.ro, experts are forced to work more slowly due to the necessary epidemic precautions: All casualties were coronavirus patients; several other people infected with the virus are also being treated in the intensive care unit of the hospital. 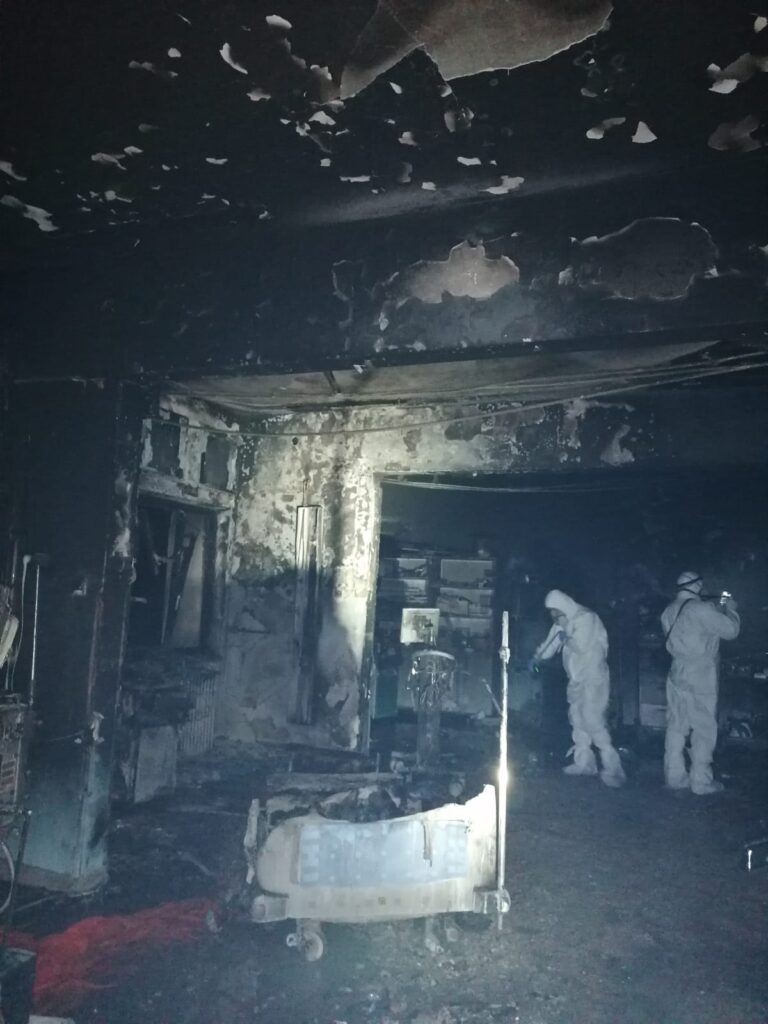 All competent authorities are also investigating. The National Authority of Quality Management in Health already revealed that the hospital has no current accreditation. The last time the hospital’s situation was assessed was five years ago, and during the assessment, several problems were found that could have had serious consequences in the event of a fire. Nationwide re-accreditation of hospitals is currently taking place, and the hospital in Piatra Neamț is scheduled for next year. 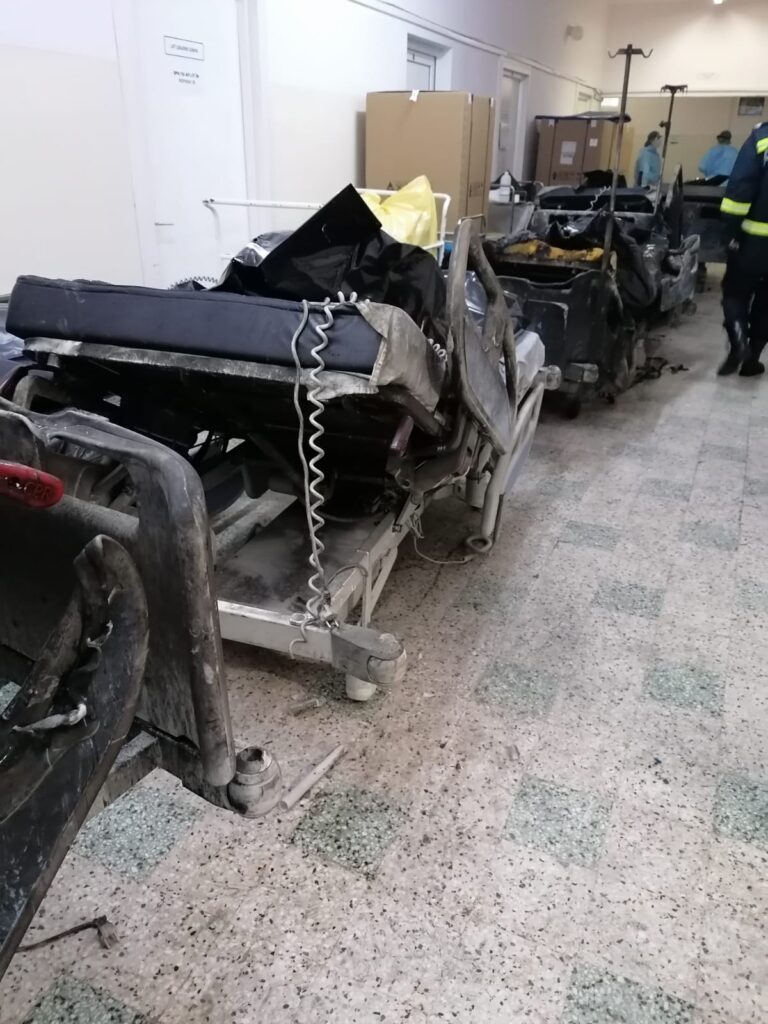 The Neamţ County Prefect, George Lazăr, also told the press that the hospital moved the ICU for coronavirus patients in severe condition from the third to the second floor, but they never informed the Public Health Directorate (DSP). However, the manager of the hospital, Lucian Micu (the hospital’s eighth manager in just one year) denied that the intensive care unit was relocated without a permit, saying that a permit issued by DSP is valid for both the third and second floor. As he said, they move the patients between these two floors very often, as they did on Saturday. The manager also said it is true they were working on the expansion of the intensive care unit, but this is not related to the tragedy and the expansion will be in another part of the hospital building.

According to főtér.ro, it is also important to mention that serious political battles surround this hospital, and it is not a coincidence that Lucian Micu, former mayor of Roman, got the position of hospital manager at the end of October. The hospital is financed by the county council, led by Ionel Arsene, a member of the Social Democratic Party, who appointed all managers on a political basis; all of these managers have had trouble with the law, and some have even been prosecuted by the National Integrity Agency or National Anticorruption Directorate. The government took over the administration of rural hospitals during the state of alert, but the governing National Liberal Party failed to find the perfect candidate for the position. So, they appointed a funeral director, who lasted for only three days.

In the last few months, there have been several scandals at the hospital. One manager had to resign after local TV showed patients having to wait 14 hours in the yard of the hospital to undergo coronavirus screenings.

Update: “Learnings” of the fire in the Piatra Neamt county hospital: Sfântu Gheorghe hospital gets fined