It has started as an IT meeting with a handful of attendees, but it has quickly become one of the most sought-after networking events organized in the central region of Transylvania. After going through a rebranding in its sixth year of existence, the Digital Szeklerland conference has grown to a three-day event where more than 60 known professionals, CEOs of successful companies and representatives of government bodies took the stage and shared their experiences to an audience of more than 300 people onsite and more than 4,000 online.

But Digital Szeklerland is much more than a simple conference. It is part of a joint effort of business owners coming from the IT and communications sector who have acknowledged that in order to increase the living standard of people in Szeklerland, their active involvement is required. The annual Digital Szeklerland conference is an integral part of this visionary initiative.

“We have identified four fundamental pillars we could build on the digital Szeklerland we envisioned: 1) digitalising education 2) fostering a vibrant startup ecosystem in the region, (3) active involvement from regional governments and (4) the birth of digital society,” said Attila Rácz, vice-president of IT Plus Cluster, the umbrella organization connecting business owners assuming an active role in making this vision a reality. 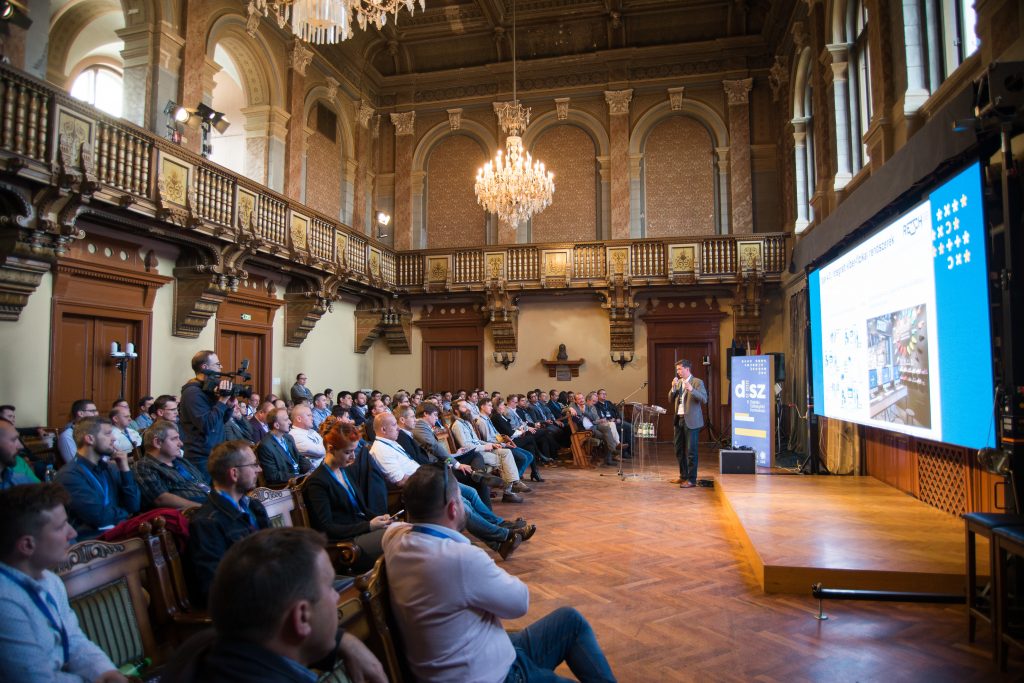 “By organizing the Digital Szeklerland conference and similar networking events we create a connection platform, a communication channel based on the knowledge-sharing principle for people living in Szeklerland and those interested in this region,” he added.

Rácz points to the examples seen worldwide from Silicon Valley to Singapore and how the high level of digitalisation contributes to a better life. “We are living the early days of the digital revolution in Szeklerland,” he adds with a humble smile. “But I see digitalisation as a growth point of this region.”

There are many young people with great ideas and interest in tech talks were very high. Rácz also points to a trend noticed since the first conference: they see more and more people relocating back home to start a business or get hired by a local business.

The first conference was organized in Árkos (Arcuş) with the participation of roughly 50 people, while the second one was supported by all cluster members and since then the number of attendees has exceeded 350 people (check digitalisszekelyfold.ro for videos). As it grew year-by-year, the conference traveled to different cities of Transylvania, with Tusnádfürdő (Tuşnad-Băi) being the next stop, followed by Bálványos (Băile Balvanyoş), Szováta (Sovata), Sepsiszentgyörgy (Sfântu Gheorghe) and this year the stage was set in Székelyudvarhely (Odorheiu Secuiesc). For next year the exact location is still under wraps. 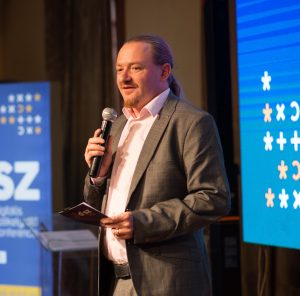 IT Plus Cluster aims to become an umbrella organization gathering others businesses in the region it has proposed to shield, Szeklerland. “We have active members in Udvarhely, Csíkszereda (Miercurea-Ciuc) and in Sepsiszentgyörgy, and we hope to see active members join from other parts of Szeklerland as well,” Attila said.

IT Plus Cluster also organizes meet-ups during the holiday period, every year in a different town. They picked the period between Christmas and New Year, because this is the time when most people working abroad come back home to visit their families. These events start late in the afternoon until early in the morning including a handful of presentations and experience-sharing from people working across the globe.

“This year’s holiday event will be held in Sepsiszentgyörgy – the last one was organized in Udvarhely, the year before that in Csíkszereda and we expect up to 100 people. These events take an active part in building an active digital society in Szeklerland,” said Attila.

For startups looking for investors and funding opportunities, Attila’s advice is to get in touch with IT Plus Cluster. “I have personally met during our conference at last four entrepreneurs who relocated back home from London, with plans to launch a business in Transylvania,” he says. “Transylvania is a great place to live and while it may seem impossible to make as much money as they made for example in London, when they look at their bank account balance at the end of the year they see a growing amount, while enjoying a higher standard of living, all that in their home environment and not in foreign land.”

Building a bridge between Hungarian and Romanian businessmen