Ceauşescu and the Hungarians: new history book in Romanian

The results of 15-20 years of research are summarized by Transylvanian historian and politician Csaba Zoltán Novák in his recently published volume entitled The Golden age? Ceauşescu and the Hungarians. The politics of the Romanian Communist Party regarding the Hungarian minority in the period of the Ceauşescu regime, the maszol.ro news portal wrote. The book is written in Romanian, as it is aimed not just at the community of Romanian historians but also at a wider audience. 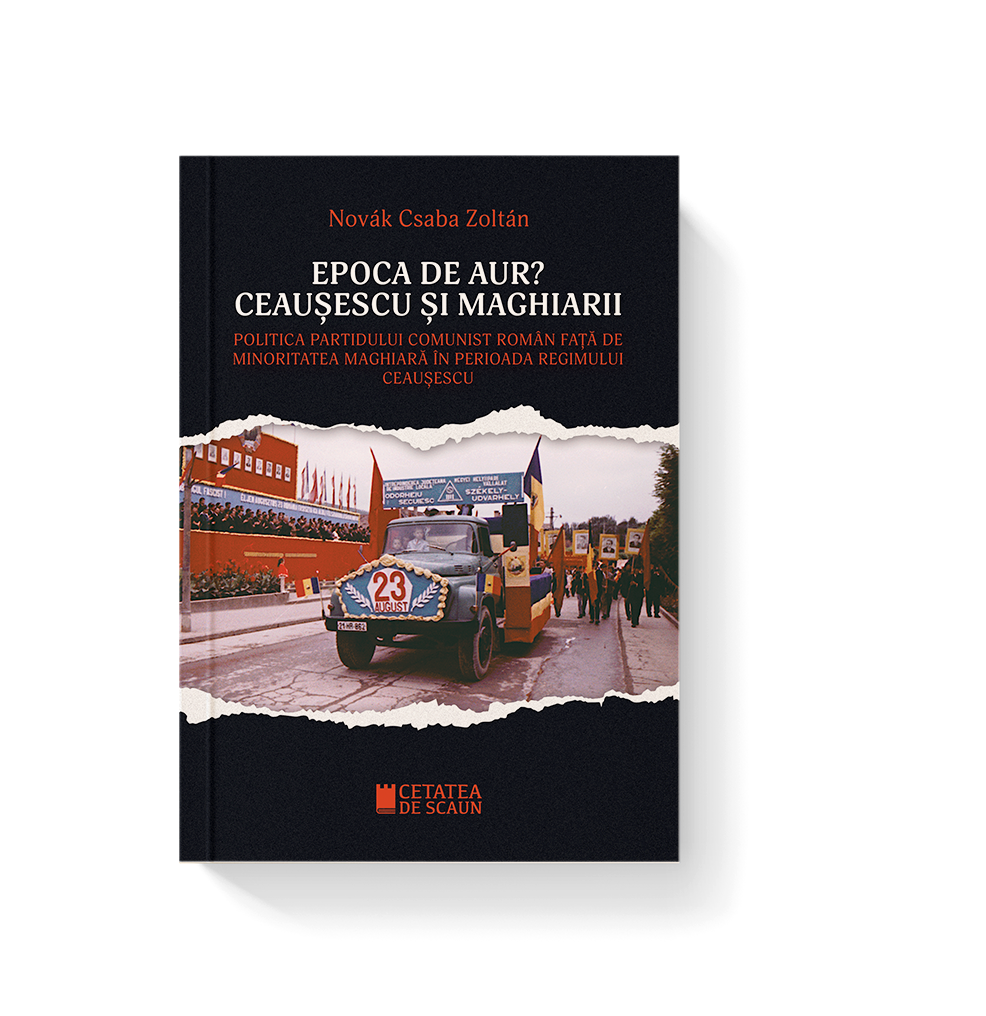 Novák, who is also senator for the Democratic Alliance of Hungarians in Romania (known by its Hungarian acronym of RMDSZ) has published several studies and given lectures on the Ceauşecu regime’s policies toward the ethnic Hungarian minority. He approached and analyzed the changes in these policies as a process.

Just to mention a few milestones of this process: while at the end of the 1960s the Hungarian minority was allowed to establish cultural institutions, in the late 1980s Ceauşescu ordered the demolition of several villages, claiming that Romanian settlements must be systematically planned. His actual objective, however, was to take away the lands and all remaining economic independence of the rural population, in an attempt to eradicate peoples’ self-awareness and traditions.

His subversive decisions particularly affected the Hungarian villages in Transylvania, most of which had a population below what was said to be viable. (editor’s note: The village of Bözödújfalu (Bezidu Nou, Neudorf) in Maros county became a symbol of the Ceauşescu regime’s village destruction: the settlement was completely flooded in 1988 to make way for a reservoir). Furthermore, in the couple of years preceding the 1989 revolution, an increasing diplomatic conflict started to unfold between Ceauşescu’s regime and Hungary. In 2017, the water level in the reservoir was reduced by more than eight meters because part of the bridge connecting the water control tower to the dam collapsed. Thus, the remains of the former settlement became visible again. The photo depicts the catholic church of the destroyed village of Bözödújfalu, which remained standing under water until 2014, when the top of the tower collapsed. Source: romkat.ro

“From the beginning of my career, I considered it important to publish in Romanian to integrate into Romanian historiography. That is why I thought of summarizing my works published in Hungarian, updating them, and publishing them in Romanian,” the historian told maszol.ro.

The new volume comes from the publishing house called Cetatea de Scaun. It contains the introductory studies and analytical parts from Novák’s books written in Hungarian, namely: Golden age: The Hungarian policy of the Ceauşescu regime 1965–1974 and At a Dead End. The Hungarian policy of the Ceaușescu system II. 1974–1989. Also, parts of Novák’s doctoral thesis, which was written in Romanian, are included in the newly published volume. The historian has adjusted the bibliography and footnotes with a the Romanian audience in mind: this way, all those interested can reach as many Romanian and English language publications relevant to the Hungarian community as possible.

“There will be debates on the volume, and I hope there will be a lot of criticism as well, because that means my work has had an impact. I believe that from the perspective of the Romanian historical society my work can bring a fresh view, as I am familiar with the Hungarian language historical literature regarding this period. Moreover, as I was socialized in Hungarian culture, and being a consumer and a part of this culture, I can also give a different perspective,” Novák said. “It may well be that, as a Hungarian, I identify myself more easily with events relevant to Hungary, but to some degree this is present in every historian’s work. Nevertheless, I have tried to overcome these limitations and give a composed analysis of the period between 1965 and 1989,” the historian emphasized.

For that matter, Novák has co-authored several historical study volumes: he edited the book entitled Together and Separately. The self-organization of the Hungarians in Transylvania (1989–1990) with historians Nándor Bárdi and Csaba Gidó. Novák wrote the volume entitled The Burden of Freedom – Marosvásárhely, March 16–21, 1990 with Márton László. The books entitled The Silenced Bell. The History of an Observation, the Pálfi Géza’s life in the Documents of the Securitate were co-authored by Novák and Denisa Bodeanu.

The historian-politician is of the opinion that he and his fellow historians have laid a foundation for researching Romania’s political history in the second half of the twentieth century up to the regime change in 1989. As he pointed out, the major time periods and problems have been outlined, so now it possible for researchers to focus on specific issues. As he underlined to maszol.ro, he continues his work as a historian; at the moment, his research is focused on the connections between culture, theater, and politics, as he also works as the director of the Theater and Multimedia Research Institute at the University of Arts in Marosvásárhely (Târgu Mureş).

Title image: Several Hungarian civil societies organized a demonstration on June 27, 1988 in Heroes’ Square in Budapest against the destruction of the Romanian villages. Archive image.