Preserving the memory of a beautiful countess, with a tragic fate: Claudia Rhédey,  great-great grandmother of Elizabeth II.

The first castle museum in the Maros county of Transylvania was opened last week, on the 20th of September in the Rhédey castle of Erdőszentgyörgy, (Sângeorgiu de Pădure, Sankt Georgen auf der Heide). This castle was once the home of Countess Claudia Rhédey, the great-great grandmother of Queen Elizabeth II. The permanent exhibition space is arranged in five rooms: In the first chamber one can find out about the history of the family, the second is arranged as the room of countess Claudia, the third is the ballroom, the fourth is presented as the chamber of Duke Alexander of Württemberg (the husband of Claudia Rhédey), and the last room offers information about the history of the town and the castle itself.

The Rhédeys belonged to a well-known Hungarian aristocratic family. The Transylvanian branch of the family originates from János Rhédey I, who settled in these lands in the 17th century. The estate of Erdőszentgyörgy was given to him by the Transylvanian prince Gábor Bethlen. The old castle on these lands was built in the second half of the 17th century, and it had high bastions and richly decorated halls. The castle’s present-day appearance is due to Caludia’s father, Count László Rhédey, who had the entire residence rebuilt between 1807–1809. There are 13 rooms on the ground floor, and the upper story of the building is structured around a U-shaped great hall with a gilded wooden staircase. There is then a large parlor on the upper floor.

The Rhédey estate was first sold in 1885 to landowner Rudolf Schuller, then the Scheel brothers from Brassó (Braşov, Kronstadt) bought it. In 1935, the Romanian State purchased the castle for administration purposes. It was nationalized during communism, used by the regional state administration, and then functioned as a school for several years as well. Now it is in the care of the local administration.

Throughout its history, the castle has had several owners and inhabitants, but the public’s awareness of this stately home is connected mostly to Countess Claudia Rhédey (1812–1841), who is an ancestor of the House of Windsor. The once beautiful countess had a tragic destiny; she lived a storybook romance but died in a horse–or carriage–riding accident at the young age of 29. She was born in Erdőszentgyörgy and raised in the castle. She had met Duke Alexander Paul Ludwig Konstantin of Württemberg (1804–1885) at a carnival ball organized at the Viennese imperial court, and it was said to have been love at first sight. They married in 1835, and their only son, Francis, received the title of the Duke of Teck. His wife was Mary Adelaide of Cambridge, a granddaughter of King George III. The couple’s only daughter, Princess Victoria Mary of Teck, later became Queen Consort of the United Kingdom, the spouse of King George V, who was the grandfather of Queen Elizabeth II.

Countess Claudia and Duke Alexander were known as a happily married couple, but their happiness lasted only six years, as she lost her life in an odd and not quite clearly recounted accident. Respecting her wishes, she was brought home and buried in the family crypt at the Reformed church of Erdőszentgyörgy. Victoria Mary commanded a commemorative plaque in 1905 to be put above the last resting place of her grandmother. 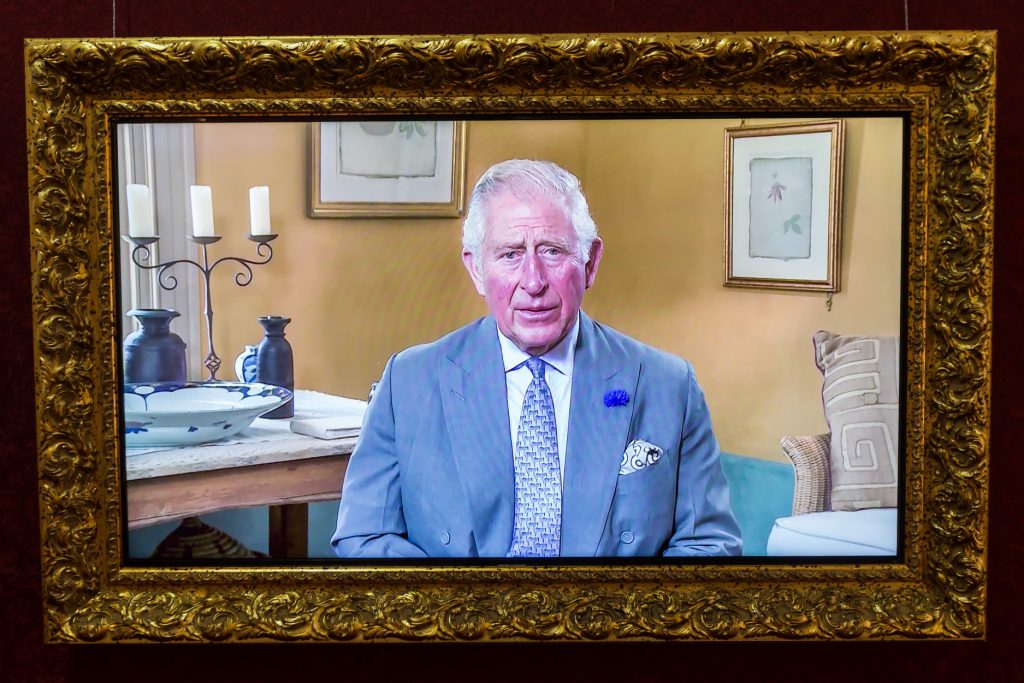 Charles, the Prince of Wales, descendant of Claudia Rhédey greets the visitors in one of the exhibition rooms

In the family archives of the Württemberg house in Stuttgart, historians researching the family to prepare for the opening of the castle museum found the diary of Countess Claudia that she kept between 1833 and 1839. This newly discovered document, written in German, is an important historical source regarding her life during these years.

The exhibition space of the castle is named Mysteria Residentiae Rhédey, and it is considered to be the treasure of four nations. Thus, Hungarian, Romanian, German, and British personalities were all present at the ceremonial opening.

Andrew Noble, the British ambassador to Romania, said during the event that the castle museum, focused on the memory of the countess Rhédey, strengthens the bond between nations. Klaus Peter Krüger, the representative of the Brandenburg Land of Germany, hoped that many would visit the museum as well as the town and that everyone who entered the castle would leave with a smile for having seen such beauty, for learning about new things, and for experiencing Transylvanian hospitality.

Title image: In the castle museum, visitors can get to know the history of the Rhédeys and learn about the life of the beautiful countess, ancestor of the Windsors.