We presented earlier some traditional Transylvanian main courses, desserts and drinks, but we somehow skipped over the appetizers of the region. So we we rectify our earlier omission with this entry. Before eating some pityókástokány or töltöttkáposzta, don’t forget to try one of these appetizers as well. 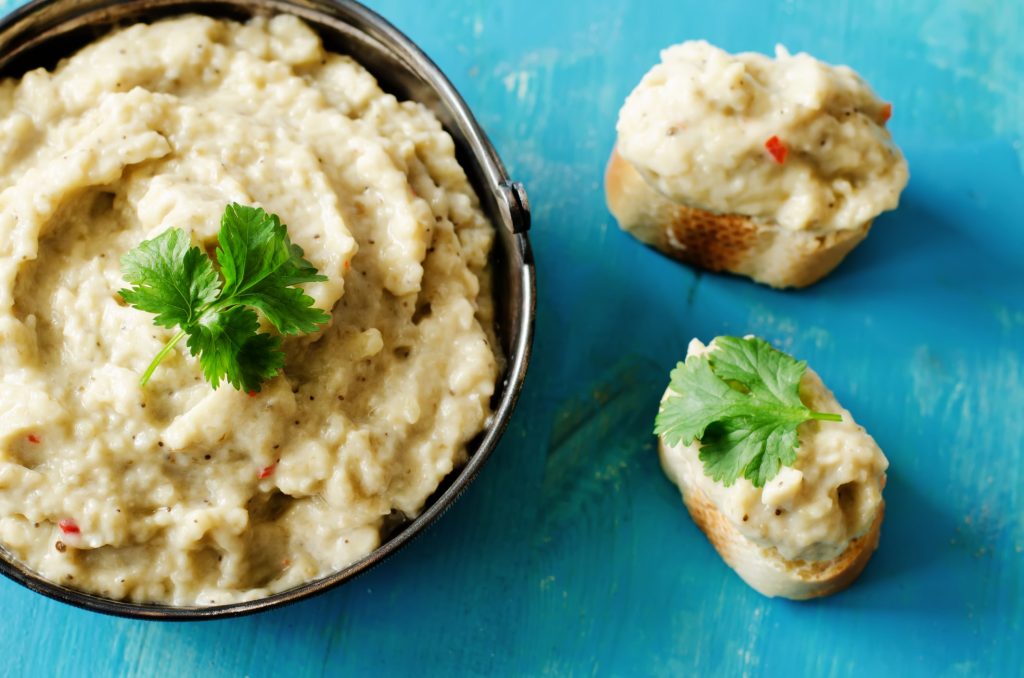 On every celebration – be it New Years Eve or a birthday –, Transylvanian people open their freezer and take out one of the plastic bags filled with eggplants roasted in August and make this delicious cream. Making these “eggplants bags” in August has got a tradition in Transylvania – it is similar to making zakuszka –, for example our family roasts like 50 kg of eggplant each year, to preserve it for the winter. Padlizsánkrém (or often called in Transylvania vinetta or vinette, from the Romanian word for eggplant) is really easy to make, it is basically the mixture of roasted, chopped eggplants, onion and oil. Some people add to the mixture some homemade mayonnaise as well, because it gives the cream a better texture and a more interesting flavor. Garlic is another optional component.

France or Switzerland should not be the only countries famous for their traditional cheeses, as in our humble – and perhaps somewhat partial – opinion the cheeses of Romania are also worthy of international recognition. Produced with local, often home-made ingredients and with ancient recipes, Romanian cheeses are some really good appetizers. You can try the salty Telemea, made out of cow, sheep, goat or buffalo milk, which can be soft, semi-soft, or creamy, served in cubes and in salty brine. Or you may try the orda (urdă in Romanian), a silky, grainy and sweet-tasting paste, which is made of whey, a by-product of cheesemaking. And let’s not forget about túró (brânză in Romanian), which is the Transylvanian version of quark or quarg cheeses.

And after presenting a delicious cream and some tasty cheeses, why not mix those together into a cheese cream. The dish, called in Hungarian körözött is known in several countries of Eastern Europe, in Slovakia as Šmirkás, in Austria as Liptauer, in Serbia as Urnebes salata or “chaos salad” in Croatia and Albania as liptao. The körözött is made of sheep milk túró, mixed with butter, sour cream, ground paprika, cumin and onion. The cream is served on bread, toast, or as a filling in cold dishes such as stuffed tomatoes, peppers, or hard boiled eggs.

But if you eat in some little village in Transylvania don’t forget the ask for the appetizer of appetizers: a shot of home-made pálinka. On second thought, you probably won’t need to: pálinka is a basic welcome drink all over the region.

Title image: The körözött can be served on bread, toast, or as filling.