Some may call it mere coincidence, others would say it was karma, but here is the thing: Scottish–Greek John Paton and his sister Augusta were traveling through Transylvania on John’s motorcycle in 1922 when his Harley broke down in Marosvécs/Brâncovenești, Maros/Mureș County. Since motorcycles weren’t widespread in the region at that time, they were directed to the castle, where local technicians mended the peculiar contraption.

This is how Augusta met the 19-year-old baron János Kemény who welcomed the “unfortunate” travelers into the Kemény family’s castle for the time the motorcycle (allegedly a Harley Davidson, and to our inexperienced eyes it certainly does look like one, but be the judge yourselves) was being repaired. Luckily for Augusta and John, János spoke English at a native level, because he was born in Pittsburgh, USA, the son of actress Ida Berenice Mitchell and István Kemény. Because István Kemény died shortly after János’ birth, Ida decided to move back to Transylvania. Although he enrolled at the College of Land Cultivation in Vienna in 1921, János was attracted by literature and performance arts. He was spending his summer vacation in Marosvécs/Brâncovenești when John’s motorcycle broke down during their trip to Transylvania. John took Augusta to show her the places he visited after finding himself stuck during World War One. 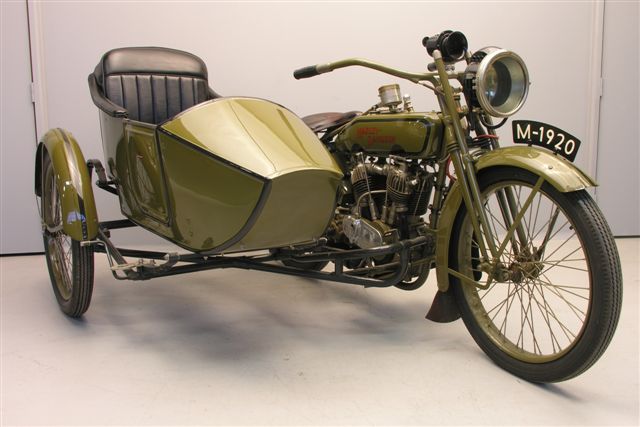 Augusta didn’t speak Hungarian, so she was happy to see that their host, János spoke excellent English. The conversation became so deep that the two juveniles agreed to meet in Vienna after the summer vacation. After the date in Vienna, János Kemény asked Augusta to marry him. She said yes. Augusta and János had six children.

While at the university, shortly after the marriage proposal, János got the news: According to the will of his childless uncle Kálmán and his aunt Pólika néni, they had irrevocably designated him heir to the Marosvécs castle and property. Thus, the son of the exiled István, János Kemény, became the heir to the same Marosvécs Castle which was first owned by the Prince of Transylvania with the same name. The young baron became the landlord of the Marosvécs manor in 1923. With this new situation a new chapter began in his life.

As he became the owner of the Marosvécs Castle, he promised to commit all the possible fortune to the benefit of Transylvanian culture and education. In this spirit he organized at Marosvécs between 1926 and 1944 the Erdélyi Helikon meeting which brought together a growing number of Transylvanian writers. The meeting was held each year, which brought something new: book publishing, journal publishing, literary evenings, together with the Romanian and Saxon writers. At the first year of these meetings János and his wife Augusta Paton set up a foundation of 30,000 lei award to be offered each year for the best literary work.

Augusta fully supported János’ charitable efforts. She was also a very active organizer of the Helikon meetings, where she spoke in English or French with the Hungarian authors. Politics, however, interfered with their life. Following World War II, the Marosvécs castle was sequestrated, and János sold thirty-five thousand acres of forest (the family’s latest possessions) to found the Székely Színház in Marosvásárhely/Târgu Mureș. For the time being he worked at the theatre, but after the theater was nationalized by the Romanian authorities (during the communist era), he worked as a lime-burner to earn a living. He became renowned as an author, writing four novels and children books. He died in 1971 in Marosvásárhely and was buried in the garden of Marosvécs Castle. His wife, Augusta, was asked why she didn’t move back to Scotland. “What’s in your mind? You can never get bored here!” she answered. Augusta died at the age of 89 in 1989 (Marosvásárhely/Târgu Mureș) as a Transylvanian lady.