Arkhai Sculpture Park, an oasis of simplicity and profoundness

Unique in the world thanks to its hay sculptures of monumental dimensions situated under the pine woods of the village Magyarfenes/Vlaha, Kolozs/Cluj county, Arkhai Sculpture Park created by the sculptor and visual artist Ernő Bartha is truly an oasis for the senses, where man, art and nature meet in complete harmony. The park opened for the public in June 2014 wishes to serve as a multicultural center dedicated to cultural, artistic and educational events. 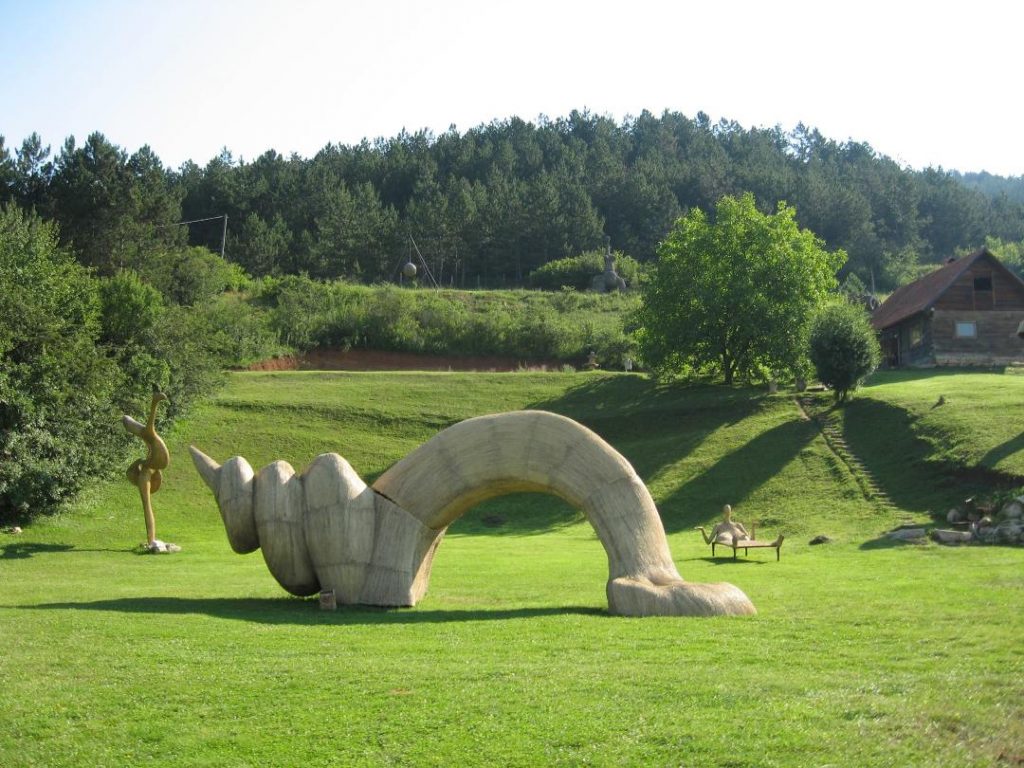 As you enter the gates of the property that is open nonstop and after calling the number displayed at the entrance Cham Chi, the Vietnamese pig welcomes you. Grazing happily on the juicy grass of the park it is obvious that he is really used to visitors.

Visual artist Ernő Bartha welcomes visitors kindly and opens the gate to the universe he built physically close but at the same time, in its atmosphere far from the real world. The hay sculptures of the artist allow every visitor to have a personal, familiar interpretation. Each of his creations bears a respect for the classics and a thrust for innovation, the approach of continuing and re-inventing the traditional, and the continuous switch between these opposites.

His works have been exhibited for the last ten years in various Transylvanian cities but in Italy and Hungary as well. His huge, so-called hay statues exhibited in the park represent a new kind of dialogue between elements of nature and modern art. These monumental compositions are strongly related to the human figure, to nature and to the objects around us, nevertheless these formal ties are heavily stylized, present only on the level of reference: these works are organic, with a live and organic existence and of an anthropomorphous character, this much is certain. 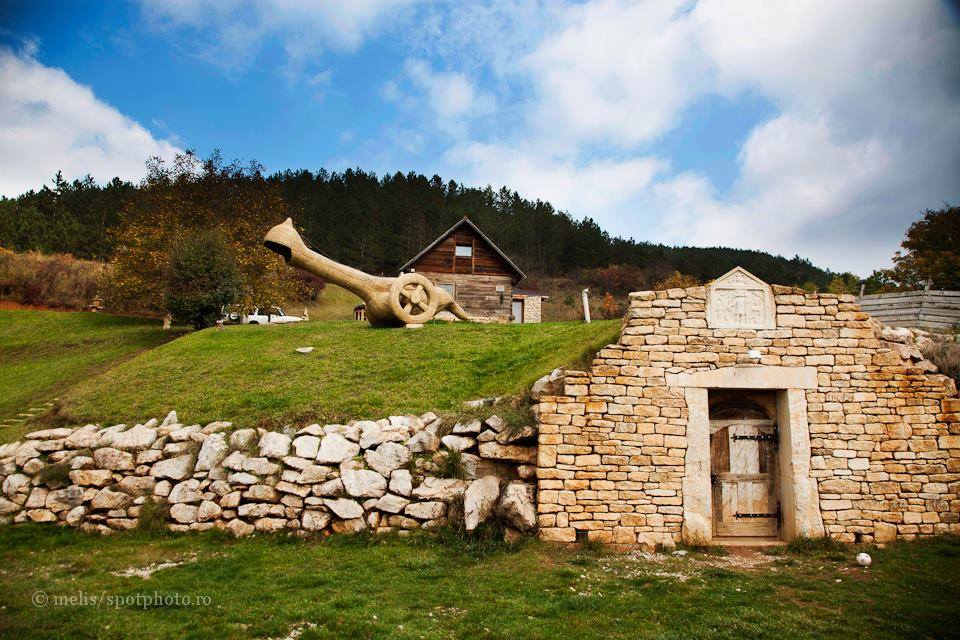 After the warm welcoming, the landlord shows us around also in his cellar, where one can taste his flavored wines. The cellar also houses some of his bronze sculptures, masterly crafted and gifted with many meanings.

Over the years, the sculpture park hosted many cultural events and film projections, and for the future, founder Ernő Bartha plans to implement a series of projects aimed at giving people opportunities for artistic expression, communion with nature and art and building a strong community around this splendid place. 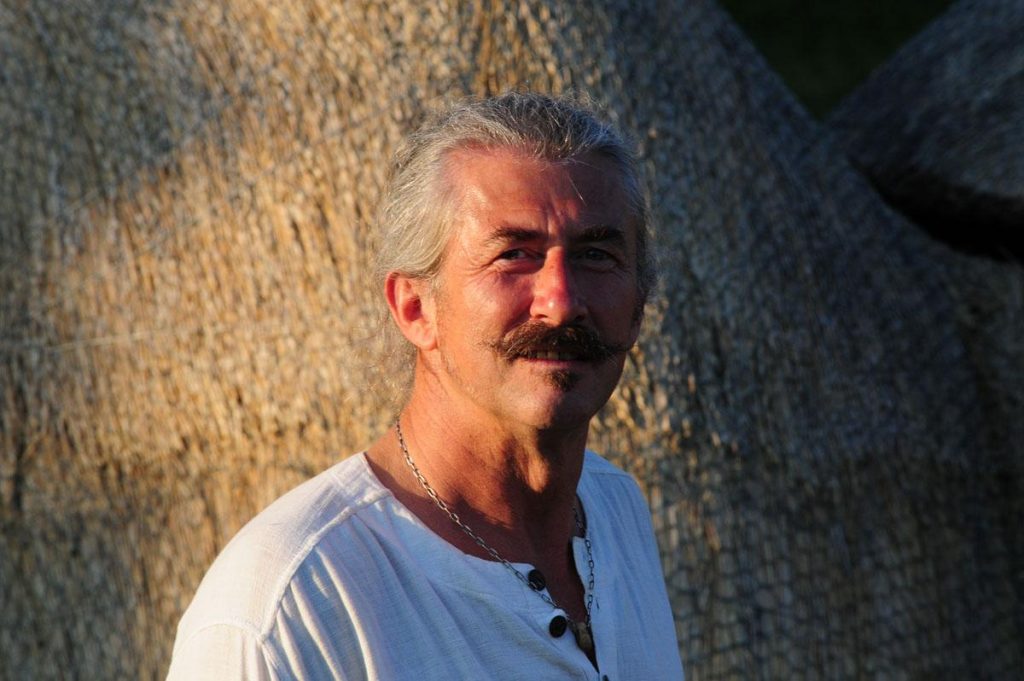 TransylvaniaNOW: How did you come up with the idea of the Arkhai Sculpture Park?

Ernő Bartha, sculptor, visual artist: “When you no longer feel all right in the world you live in, it becomes tight and wild so I created a world, where I can feel free, I can be the stage-manager of my life, while living in my own world, close to nature. I will not join in the queue, I never did. I have actually always fought against it, I’ve always wished to exist and to think freely. I can create anywhere, inspiration comes from the universe. Animals, pigs, hens, cats, dogs and my donkey living on the property are sensitive creatures too, organic parts of my world together with the artworks that I have created. I always had the desire to live in the nature, this has always been the natural living space of man, so this desire has always been there in each and every one of us.”

Do not miss the next event, when the park will be open to the public at the TIFF, Transylvania International Film Festival for the screening of the movie:

TIFF 2019 celebrates the 50th anniversary of the legendary festival in the unique site of Arkhai Sculpture Park, Magyarfenes/Vlaha village.  The film has just premiered at the Tribeca Film Festival and revisits the story of the 3 day music event and how it succeeded in changing the way a whole generation approached music, arts, politics and social rights. 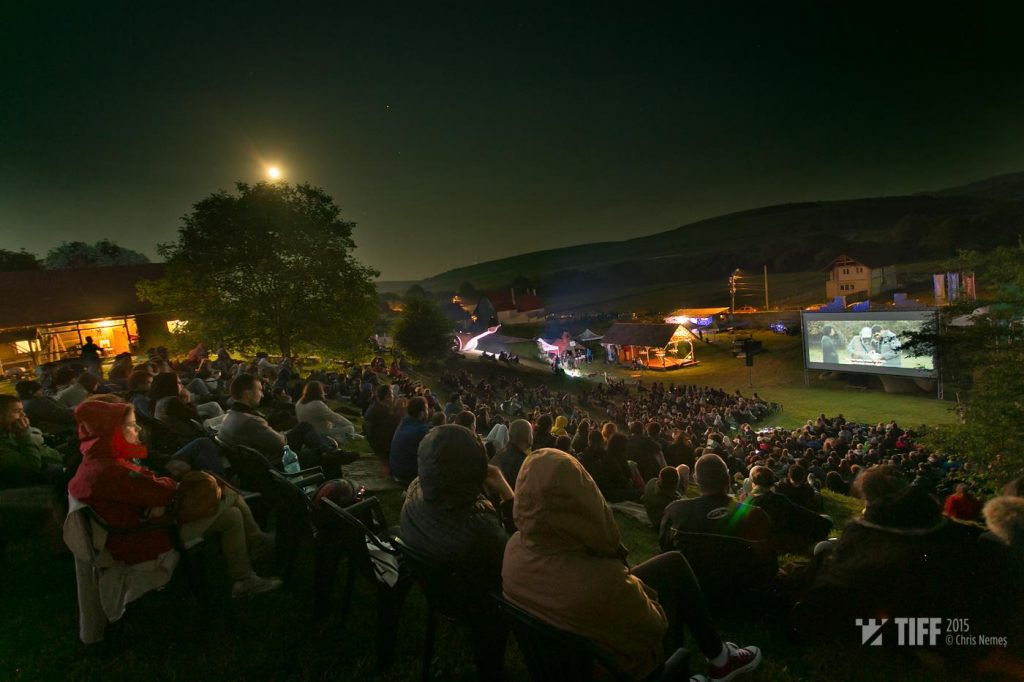 Special guest for this celebration night is Oigan and its already popular show Oigan Plays Dylan. The young artist of Cluj will perform songs of one of his musical idols, Bob Dylan.

Local representatives should also be elected for 5 years!