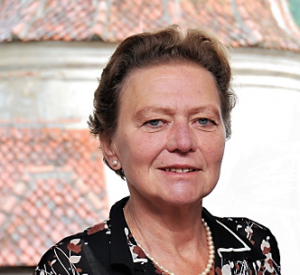 Archduchess Elisabeth Sandhofer, one of the owners of the Törcsvár/Bran Castle of Dracula fame died at the age of 78, the managers of her family’s estate announced.

The first mention of the Bran Castle is the act issued by Louis I of Hungary in 1377, granting the Saxons of Brassó (Kronstandt/Brașov) the privilege to build a stone castle on their own expense on a hill overlloking the Bran Gorge, an important pass into the Carpathian Basin.

It had strategic and military importance up to to the middle of the 18th century and a customs point was established there in the brief period while it was held Mircea the Elder  of Wallachia. Brab then became the property of the Hungarian kings, but due to the failure of King Vladislas II to repay his loans, it reverted to being the property of the city of Brassó.

While the castle – with over half a million visitors a year – is the best-known touristic attraction of Romania on account of its link to Bram Stoker’s Dracula, the Dracula Castle moniker is entirely made up. Vlad III – also known as Vlad the Impaler – was the infamous ruler of Wallachia in the first half of the 15th century, but according to historians has never set foot in the castle itself.

When Transylvania became part of Romania after WWI, the castle became the property of the Romanian royal family abd was seized by the Communist regime in 1948. After lengthy restitutional procedures, the Bran Castle was transferred from the government to the administration of Archduke Dominic and his sisters, Baroness Maria Magdalena of Holzhausen and Elisabeth Sandhofer of the Habsburg family. In the summer of 2009, the Habsburgs opened the refurbished castle to the public as the first private museum of the country.