An Old Testament from 1497 discovered in Transylvania

A sensational discovery was made a few days ago in the Csíkszereda (Miercurea-Ciuc, Szeklerburg) archives of the Gyulafehérvár (Alba Iulia, Karlsburg) archdiocese of the roman-catholic church: during an inventory, archivists found an Old Testament printed in 1497.

The library section of historical collections of the Csíkszereda archives was founded last year, and the old books held by the archdeaconries from the Alcsík and Felcsík regions were all gathered there. The Old Testament that was discovered came from the library of the parish of Csíkszentgyörgy (Ciucsângeorgiu, Sankt Georg). The document is actually a very rare incunabulum, and it was authenticated by an old books-specialist, Erzsébet Muckenhaupt – reports the romkat.ro catholic news portal.

This volume of the Old Testament was printed in 1497 in the Nürnberg press of Antal Koberger. At that time he printed a Bible with four volumes, this one being the second part of these. The scripture explanations in it are written by authors named Guillelmus Brito, Matthia Döring, Paulus Burgensis and Nicolaus de Lyra. 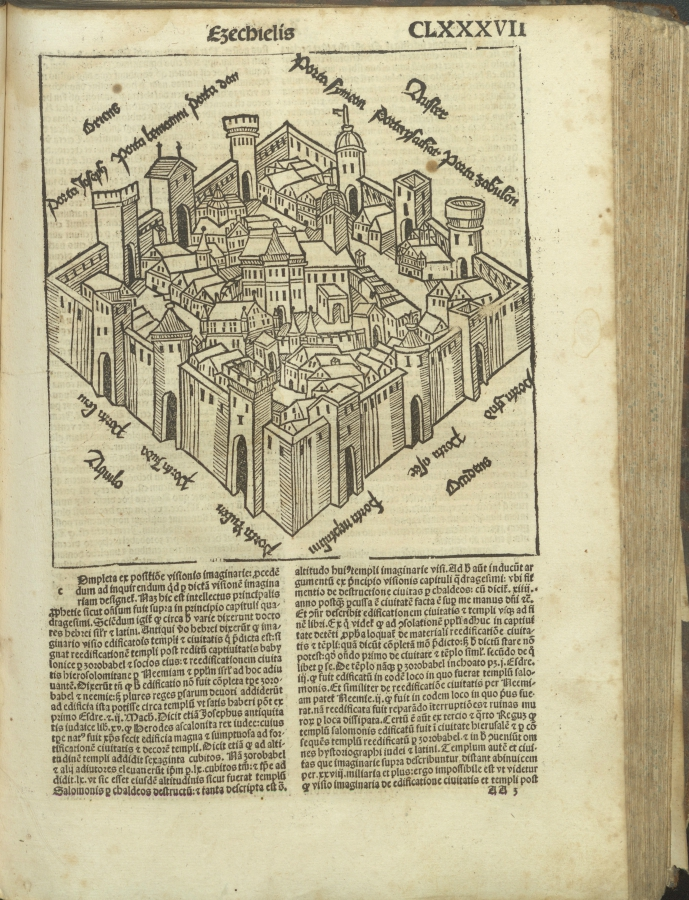 The volume has more than 600 pages, and it contains 10 beautiful engravings as well

The cradle print has the dimension of a fly fold, 24×32 centimeters. According to the owner entry on the inside of the upper book cover, the volume was given to a book-binder in 1721 by the vicar of the Csíkszentgyörgy parish, György Ferenczy. After he died, the volume remained in the book collection of the parish, and it was taken to the library of the Csíkszereda archives last November.

Currently this volume of the Old Testament is the oldest document in the archdiocese of Gyulafehérvár that they know about; but the inventory and studying of the small parish libraries is still not finished… The 15th century volume can be studied in digitized form on the web site of the archives.

Title image: This 15th century Old Testament was printed in Nürnberg, and it is the second part of a Bible with four volumes