One of Europe’s biggest salt reserves can be found in the eastern part of Transylvania, in a region of Szeklerland called the Salt Region/Sóvidék. The salt mine in Parajd/Praid, also called the Szekler salt mine has a huge salt mass at a depth of 2,700 meters, holding an estimated salt reserve of 50 billion tonnes. But the salt mine of Parajd is not only a mine: its a therapy place for chronic respiratory illnesses and a true pearl for the tourists.

Entering the salt of mine of Parajd as a kid was a magical, very unique and uncomprehensible experience. I was 4 or 5 years old when I first visited the mine, and it just made me speechless: this whole underground village had walls made of salt, no matter if I licked the wall next to the playground, or next the church built in the mine, it tasted salty everywhere. Even back in the 1990s tourist could choose from a variety of underground activities, but in the last 20 years it developed even more, offering tourists and patients alike even more underground activities. Which is why the mine is visited by 400,000 people per year. During the summer it can reach 2,500-3,000 visitors per day, making it a very lucrative source of income for the locals. 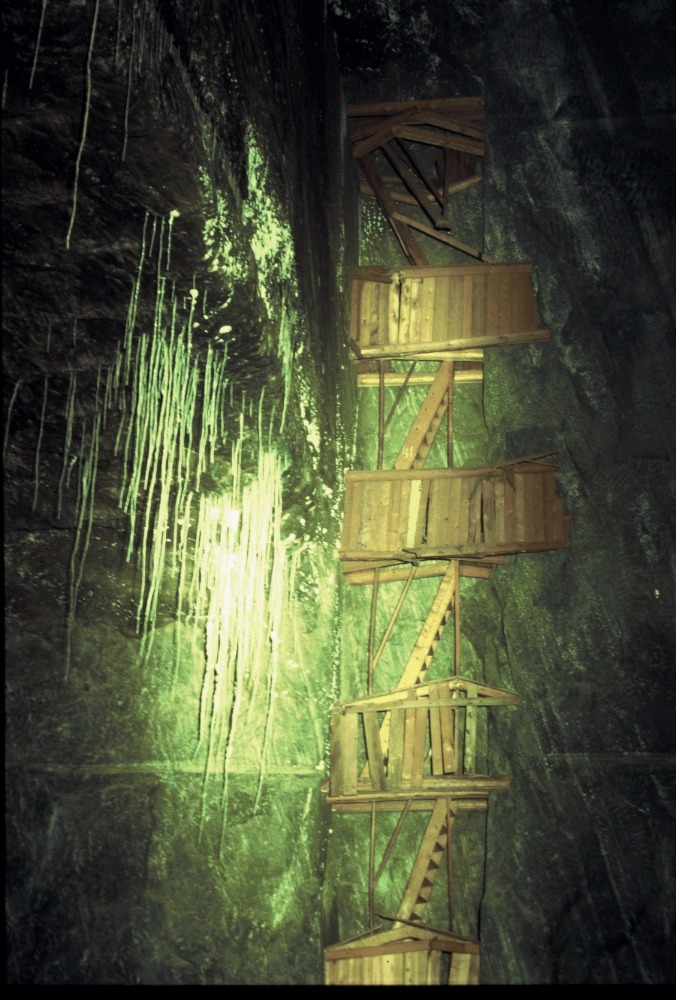 But salt has always been a very valuable resource in Transylvania, and it was really important for the Szeklers as well. The salt from Rapajd is called Szekler salt since the XV. century, and this gave the name of this region and its people, work and living possibilities for long centuries. The fact that one element of the Szeklers rights (libertas) was the free salt-right underlines the value of the salt and salt mines even more. And this right is the key to understanding the history of the Parajd salt mine.

Salt mining in Transylvania traces back to the Romans. After they left the region, the salt-cults made by them were first used by the Avers, then by the Bulgarians. After the year 1,003 the ships of Saint Stephen were already transporting salt on the River Maros. The first written reference about the salt mine in Parajd dates back to 1222: in a document Andrew II allowed the German knighthood from Barczaság to keep six ships each on the rivers Maros and Olt for salt transport. The second reference is from the time of king Sigismund of Luxembourg: he banned the landlords to open salt mines on their own lands in 1405. In 1463 King Matthias reinforced the Szeklers’ right of free salt mining and commerce, which they lost in 1562, after John Sigismund II defeated their rebellion, and the mine from Parajd became a part of the royal chamber. The Szeklers salt rights were restored by Ferenc Rákóczi II, but only for the time of the war of independence led by him.

Using the mine for therapy dates back to the 1960s: the mine manager from that time, Károly Telegdy and the physician Dr. Árpád Veres, seeing the results of the therapies in Polish Wieliczka began the underground treatment of chronic respiratory illnesses. Since 1980 they have equipped the mine for therapy sessions, and also established a small village under the surface to make the therapy more varied. Illumination, Wi-Fi, television, playground, creative and amusement places, ecumenical chapel, coffee shop, 3D Cinema and a naturist drugstore, winery, restaurant, museum and exhibitions make this underground world like a home, and a magical experience to visit as a tourist.