The population of Europe is aging: In 2018, 19.7 percent of the population of the EU Member States was over 65, and by 2050, this number could rise to 28.5 percent, a Eurostat report shows. In Romania, the ratio of inhabitants over 65 is a bit lower than in the EU; however, the life of elders in the country is among the worst in the EU, the study also shows.

According to the report, the proportion of inhabitants over 65 in Romania was only 18.2 percent in 2018, so 1.5 percent lower than for the entire EU. However, aging is accelerating in the country: The proportion of elders will reach 29.9 percent by 2050. In comparison, elders made up only 13.5 percent of the Romanian population in 2001. 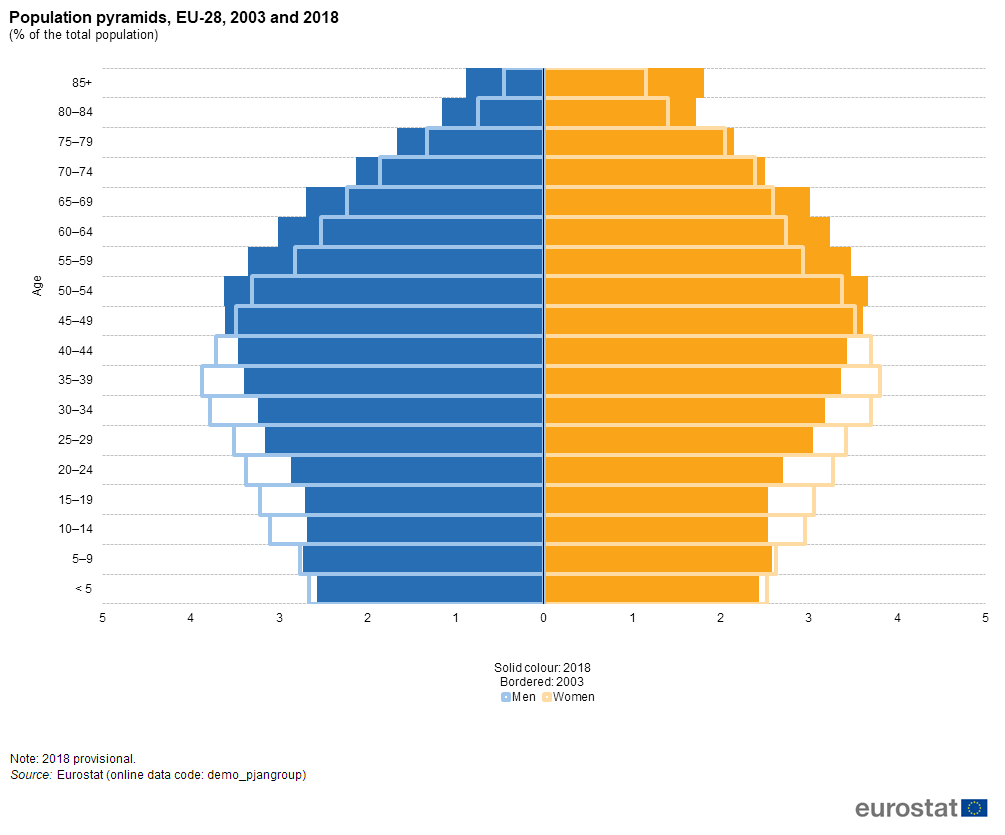 In terms of life expectancy, Romania stands among the last. According to the study, women across the EU can expect to live another 21.4 years upon reaching the age of 65, while men will live another 18.1 years. However in Romania, the remaining life expectancy after 65 is just 18.3 years for women and 14.7 years for men.

In addition, Romania ranks second in the EU per the number of elders living with different disabilities, 80.8 percent of the country’s elderly have disabilities! Most of them, 66.7 percent, reported that they have issues with walking, and 51.9 percent have vision problems (Romania ranks first in the EU when it comes to number of elderly with vision problems). Another 46.7 percent reported hearing disabilities. The main causes of death in Romania are (in order): circulatory diseases, cancer, respiratory diseases, mental illnesses and behavioral disorders.

But Romania is not the last or among the last in every aspect. Per the number of working elderly, the country performed quite well. While only 4.2 percent of women over 65 worked in the EU in 2018 (compared to the whole active population of the EU, aged 18–64), the proportion of employed elderly women in Romania reached 7.4 percent, placing it fourth in the whole Union. The ratio is not much worse for men either; compared to the 8.6 percent EU average, 10.4 percent of elderly men were employed in Romania in 2018.

However, the proportion of elderly people at risk of income poverty is still high in the country: 20% of those over 65 have difficulty making ends meet (such as paying utility bills). This may be the reason why many of them are working.

Eurostat also analyzed the social interactions and leisure opportunities of elders. In Romania, 19.3 percent of those over 65 have daily contact with their family members, a ratio very close to the EU average (19.2 percent). On the other hand, per the proportion of elders that could not reach any family member in the last year, Romania ranks third in the whole EU. This means that 4.6 percent of elders didn’t have any contact with their relatives in 2018.

In the case of friends, the situation is much worse: Only 4.9 percent of Romanian elders have daily contacts with their friends.

The country did not perform well in regard to digital skills either: Romania is last in the EU, as only 4 percent of the elderly have such skills. However, social media usage among those between 65 and 74 is high, 64 percent. The EU average is only 34.

Title image: Only 4.9 percent of Romanian elders have daily contacts with their friends. Photo: www.adervarul.ro